Home » Politics » The Infrastructure Crisis That Biden Is Confronting

How did we get to a place where major infrastructure improvements are so clearly necessary? 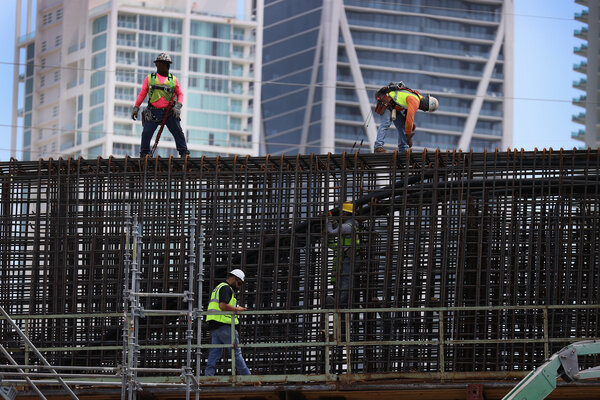 Speaking outside Pittsburgh today, President Biden outlined a $2 trillion plan to invest in the country’s infrastructure, creating millions of jobs in the process.

“It’s time to build our economy from the bottom up and the middle out, not the top down,” he declared, calling the plan “a once-in-a-generation investment in America, unlike anything we’ve seen or done since we built the interstate highway system and the space race decades ago.”

Public investment in infrastructure, as a share of gross domestic product, has been in decline for the past half-century, and it has recently become a topic of growing concern across party lines. President Donald Trump proposed his own $1.5 trillion infrastructure plan in 2018, though it was not as far-reaching as Biden’s plan, and it never became law.

So how did we get to a place where major infrastructure improvements are so clearly necessary — and what are the biggest needs?

The American Society of Civil Engineers has been releasing an Infrastructure Report Card every four years for over two decades, and the evaluations have never been very positive.

This month the group published its latest report, giving the United States’ infrastructure a C- over all. That’s a shabby grade, but it reflects a modest amount of recent improvement: It is the first time that the overall score has been higher than a D+.

May MUST END Brexit talks with Corbyn or face backlash – shock Express.co.uk poll

COVID-19: PM set to announce relaxation of UK rules over Christmas – but England’s tier system will be strengthened when lockdown ends