There is no discernible mass groundswell for an Eric Swalwell presidential campaign.

The case against: He is a 38-year-old California congressman of little legislative distinction. He would appear to have minimal running room in a deep and accomplished Democratic field expected to grow to 20 or so — large enough to fill two baseball starting lineups, with another contender or two left to heckle from the dugout.

The case for: Why not?

“We don’t have time for vanity things,” Mr. Swalwell insisted in an interview this past week, the morning after he announced his candidacy on “The Late Show With Stephen Colbert,” pledging to anchor his bid in a call for greater gun control. “We’re doing big things.”

That remains to be seen. But at the very least, if recent history is a guide, a run is likely to yield better things, perpetuating the victory-in-defeat incentive structure endemic to modern presidential politics.

Today’s primaries tend to produce one nominee but many winners. Beyond the long-shot candidates effectively auditioning for cabinet positions or building a profile (and donor base) for future races, there are prospective books to sell and television contracts to sign, boards to join and paid speeches to paid-speak. Any setback is temporary, any embarrassment surmountable.

“There’s just absolutely no downside and only upside,” Antonia Ferrier, a longtime Republican strategist and former senior aide to Senator Mitch McConnell, said of quixotic presidential runs. “It is an industry of self-promotion. What better way to self-promote than run for president?”

Mike Huckabee, the former Arkansas governor, has leveraged two losing presidential campaigns into an empire of folksy conservative ubiquity across television, radio and print. Ben Carson transitioned from renowned neurosurgeon to national hero of the right during a 2016 run that included an extended midcampaign hiatus to promote his book. His efforts were rewarded with a job in President Trump’s cabinet.

Newt Gingrich, the former Republican House speaker, clawed back to national prominence seven years ago despite posing little threat to take the nomination, turning the protagonist of his wife’s children’s book — a fictional elephant named Ellis — into a kind of campaign mascot available for voter consumption. 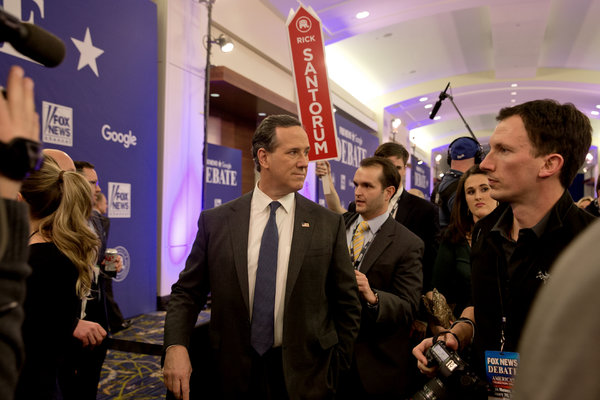 “It gives you a certain stature the rest of your life, kind of like having once been speaker of the House,” Mr. Gingrich said in an interview. “They introduce you, and then they say, ‘… and former presidential candidate!’ It’s not bad.”

It is not. And underdog entrants have grown skilled at presenting their campaigns in altruistic terms, suggesting that finding a platform for a worthy cause is a reward tantamount to winning.

[Who’s running for president in 2020? Keep up with who’s in and who’s out with our candidate tracker.]

Tulsi Gabbard, a Hawaii congresswoman barely registering in most polls, has presented herself as the “peace” candidate opposed to military intervention overseas, though her willingness to visit President Bashar al-Assad of Syria has attracted wide scrutiny. Andrew Yang, a businessman and political newcomer, has found a semi-viral following with a focus on automation and a “universal basic income.”

The Rev. Al Sharpton, who sought the Democratic nomination in 2004, said the experience aided his civil rights advocacy and increased his personal clout, expanding his opportunities even though he never approached serious electoral strength.

He recalled hosting “Saturday Night Live” just before the primaries and later securing an invitation to meet with President George W. Bush. “No one in New York, when I was a tracksuit-wearing local activist, would ever dream I would sit down with a Republican president or host ‘Saturday Night Live,’” Mr. Sharpton said.

Of course, it was Mr. Trump’s belief in the branding powers of a presidential campaign that pulled him into the 2016 race — and his triumph that has helped inspire successors. But Mr. Trump was already famous when he declared his intentions. And his blistering campaign style revealed a potential complication for those who see only benefits in running: Some of the top-tier contenders in 2016 — like Jeb Bush, appraised as “low energy” on Mr. Trump’s Twitter feed — came away plainly diminished as national figures. (Others, like Rick Perry and Mr. Carson, joined Mr. Trump’s administration.)

Severe humiliation seems less likely among these Democrats, without a leading candidate who revels in savaging others in the party. In fact, for those with little to lose but an election, a national campaign appears to have grown only more attractive, even in a primary contest now teeming with 18 candidates.

Many politicians look in the mirror and see a president. But at least as many look at the television, see peers with equivalent qualifications succeeding and reason that they should wander onto the set themselves.

If Beto O’Rourke, a Senate-race-loser little known before last year, can shoot to the top tier of the Democratic field, what is stopping others? If Pete Buttigieg — a millennial mayor of a barely midsize city who was an also-ran in a 2017 bid to head the Democratic National Committee — can achieve national celebrity, why can’t anyone?

“I don’t think anyone who runs for president does it just to boost their careers,” said Steve Israel, the former chairman of the Democratic Congressional Campaign Committee. “At the back of your mind is the constant calculation that you can catch some wave.”

Mr. Swalwell, explaining his decision to run, cited Mr. Buttigieg’s success as evidence of his own viability. “We’re seeing generational cases being made here and they’re landing,” Mr. Swalwell said. “It’s completely reaffirmed to me that a generational candidate can connect.”

This Democratic cycle does afford uncommon courtesies to nonfavorites. Sensitive to any perception of party meddling from on high, the D.N.C. does not plan to place front-runners and long shots on separate debate stages, opting against the so-called undercard debate format used for low-polling Republicans in 2016. Democrats who reach a minimum (and not especially stringent) threshold for polling or fund-raising will be slotted randomly into one of two debates on consecutive nights; some lesser-known contenders, including Mr. Yang, already seem poised to qualify.

Rick Santorum, a Republican presidential candidate in 2012 and 2016 who has since become a political commentator on CNN, noted that his network was inviting Democratic candidates on air for hourlong town hall forums, whether or not they have gained much traction.

“There’s just so many more opportunities to break through,” he said. “I don’t know anybody who has a quasi-legitimate shot at running for president who should pass it up.”

But Mr. Santorum, a former Pennsylvania senator who won 11 states in 2012 as the primary runner-up to Mitt Romney, cautioned candidates against expecting lasting personal dividends from an unsuccessful run.

“I was on the national stage before,” he said, suggesting that his presidential campaigns had little effect on his future prospects. “I did Fox for five years after I left the Senate. I did books. If you’re someone who’s relatively obscure, who’s not had a national profile, I don’t know. You can ask them.”

This warning was bipartisan. Lincoln Chafee, the former Rhode Island governor who sought the Democratic nomination in 2016, said his professional life had not appreciably changed since a campaign that was most closely associated with his pitch to convert national measurements to the metric system (and that ended after only four months).

He still believes he deserved a longer look. “I was in favor of bringing Snowden home, stopping drone strikes, ending capital punishment,” Mr. Chafee said. “But everyone screamed about metric.”

He contends that the instincts that led him into the 2016 contest, despite Hillary Clinton’s overwhelming advantages, were validated by Senator Bernie Sanders’s strong showing.

“I always thought there was room for somebody to take off,” Mr. Chafee said. “I was right. It just wasn’t me.”