Home » Politics » ‘There’s Nothing Left’: Why Thousands of Republicans Are Leaving the Party

In the days after the Jan. 6 attack on the Capitol, the phone lines and websites of local election officials across the country were jumping: Tens of thousands of Republicans were calling or logging on to switch their party affiliations.

An analysis of January voting records by The New York Times found that nearly 140,000 Republicans had quit the party in 25 states that had readily available data (19 states do not have registration by party). Voting experts said the data indicated a stronger-than-usual flight from a political party after a presidential election, as well as the potential start of a damaging period for G.O.P. registrations as voters recoil from the Capitol violence and its fallout.

Among those who recently left the party are Juan Nunez, 56, an Army veteran in Mechanicsburg, Pa. He said he had long felt that the difference between the United States and many other countries was that campaign-season fighting ended on Election Day, when all sides would peacefully accept the result. The Jan. 6 riot changed that, he said.

“What happened in D.C. that day, it broke my heart,” said Mr. Nunez, a lifelong Republican who is preparing to register as an independent. “It shook me to the core.”

The biggest spikes in Republicans leaving the party came in the days after Jan. 6, especially in California, where there were 1,020 Republican changes on Jan. 5 — and then 3,243 on Jan. 7. In Arizona, there were 233 Republican changes in the first five days of January, and 3,317 in the next week. Most of the Republicans in these states and others switched to unaffiliated status. 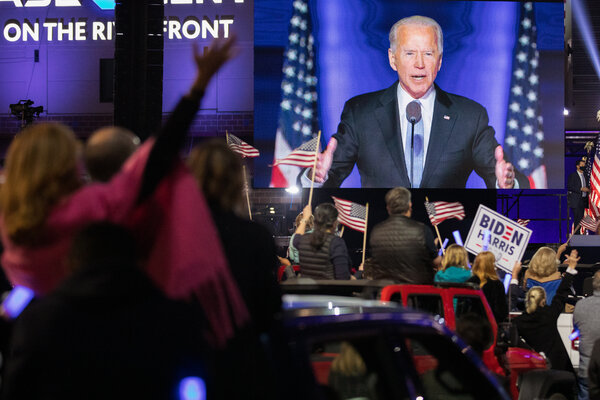 Voter rolls often change after presidential elections, when registrations sometimes shift toward the winner’s party or people update their old affiliations to correspond to their current party preferences, often at a department of motor vehicles. Other states remove inactive voters, deceased voters or those who moved out of state from all parties, and lump those people together with voters who changed their own registrations. Of the 25 states surveyed by The Times, Nevada, Kansas, Utah and Oklahoma had combined such voter list maintenance with registration changes, so their overall totals would not be limited to changes that voters made themselves. Other states may have done so, as well, but did not indicate in their public data.

Among Democrats, 79,000 have left the party since early January.

But the tumult at the Capitol, and the historic unpopularity of former President Donald J. Trump, have made for an intensely fluid period in American politics. Many Republicans denounced the pro-Trump forces that rioted on Jan. 6, and 10 Republican House members voted to impeach Mr. Trump. Sizable numbers of Republicans now say they support key elements of President Biden’s stimulus package; typically, the opposing party is wary if not hostile toward the major policy priorities of a new president.

“Since this is such a highly unusual activity, it probably is indicative of a larger undercurrent that’s happening, where there are other people who are likewise thinking that they no longer feel like they’re part of the Republican Party, but they just haven’t contacted election officials to tell them that they might change their party registration,” said Michael P. McDonald, a professor of political science at the University of Florida. “So this is probably a tip of an iceberg.”

But, he cautioned, it could also be the vocal “never Trump” reality simply coming into focus as Republicans finally took the step of changing their registration, even though they hadn’t supported the president and his party since 2016.

Kevin Madden, a former Republican operative who worked on Mitt Romney’s 2012 presidential campaign, fits this trend line, though he was ahead of the recent exodus. He said he changed his registration to independent a year ago, after watching what he called the harassment of career foreign service officials at Mr. Trump’s first impeachment trial.

“It’s not a birthright and it’s not a religion,” Mr. Madden said of party affiliation. “Political parties should be more like your local condo association. If the condo association starts to act in a way that’s inconsistent with your beliefs, you move.”

As for the overall trend of Republicans abandoning their party, he said that it was too soon to say if it spelled trouble in the long term, but that the numbers couldn’t be overlooked. “In all the time I worked in politics,” he said, “the thing that always worried me was not the position but the trend line.”

Some G.O.P. officials noted the significant gains in registration that Republicans have seen recently, including before the 2020 election, and noted that the party had rebounded quickly in the past.

“You never want to lose registrations at any point, and clearly the January scene at the Capitol exacerbated already considerable issues Republicans are having with the center of the electorate,” said Josh Holmes, a top political adviser to Senator Mitch McConnell, the minority leader. “Today’s receding support really pales in comparison to the challenges of a decade ago, however, when Republicans went from absolute irrelevance to a House majority within 18 months.”

He added, “If Republicans can reunite behind basic conservative principles and stand up to the liberal overreach of the Biden administration, things will change a lot quicker than people think.”

But state G.O.P. officials downplayed any significance in the changes, and expressed confidence that North Carolina, a battleground state that has leaned Republican recently, will remain in their column.

“Relatively small swings in the voter registration over a short period of time in North Carolina’s pool of over seven million registered voters are not particularly concerning,” Tim Wigginton, the communications director for the state party, said in a statement, predicting that North Carolina would continue to vote Republican at the statewide level.

In Arizona, 10,174 Republicans have changed their party registration since the attack as the state party has shifted ever further to the right, as reflected by its decision to censure three Republicans — Gov. Doug Ducey, former Senator Jeff Flake and Cindy McCain — for various acts deemed disloyal to Mr. Trump. The party continues to raise questions about the 2020 election, and last week Republicans in the State Legislature backed arresting elections officials from Maricopa County for refusing to comply with wide-ranging subpoenas for election equipment and materials.

It is those actions, some Republican strategists in Arizona argue, that prompted the drop in G.O.P. voter registrations in the state.

“The exodus that’s happening right now, based on my instincts and all the people who are calling me out here, is that they’re leaving as a result of the acts of sedition that took place and the continued questioning of the Arizona vote,” said Chuck Coughlin, a Republican strategist in Arizona.

U.S. to Establish Embassy in the Maldives