Americans still buy roughly 17 million gasoline-burning vehicles each year. Each of those cars and light trucks can be expected to stick around for 10 or 20 years as they are sold and resold in used car markets. And even after that, the United States exports hundreds of thousands of older used cars annually to countries such as Mexico or Iraq, where the vehicles can last even longer with repeated repairs.

Cutting emissions from transportation, which accounts for nearly one-third of America’s greenhouse gas emissions, will be a difficult, painstaking task. President Biden has set a goal of bringing down the nation’s emissions to net zero by 2050. Doing so is likely to require replacing virtually all gasoline-powered cars and trucks with cleaner electric vehicles charged largely by low-carbon power sources such as sun, wind or nuclear plants.

Here is a deeper look at how far away that goal remains. 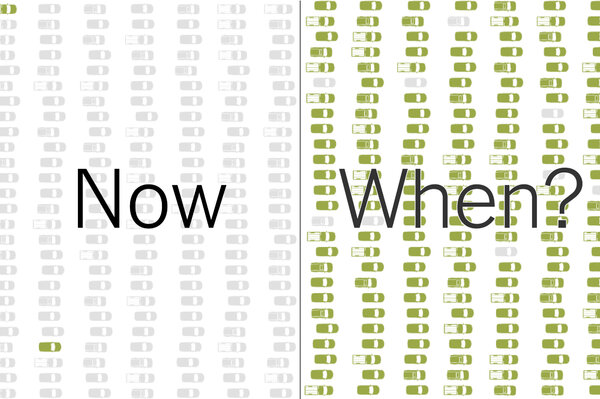 Electric Cars Are Coming. How Long Until They Rule the Road?

A new car sold today can last a decade or two before retiring. This “fleet turnover” poses a major challenge for climate policy.

On Politics: Rod Rosenstein to Step Down

Sturgeon under pressure: Alliance For Independence to launch as Scot independence party