The Chancellor will set out his “infrastructure revolution” today. This will include a £220 million fund for buses, including the creation of Britain’s first ever all-electric bus town. He will also speak about plans to invest £5 billion to support the roll-out of full-fibre, 5G and other gigabit capable networks to the hardest to reach 20 percent of the country.

Mr Javid told Sky News: “Investment in our infrastructure will be key to making the next decade one of renewal – boosting our economy and making life easier for people all across the country.

“That’s why I am announcing new investment in roads, bus services and broadband today, the first step in our plans to deliver an infrastructure revolution.

“This investment to deliver gigabit-capable broadband for all the UK and investment in roads and buses will help people to get around and businesses to grow, ensuring no community is left behind.

“This will make the UK a better place to live and work, extending opportunity and raising living standards for all.” 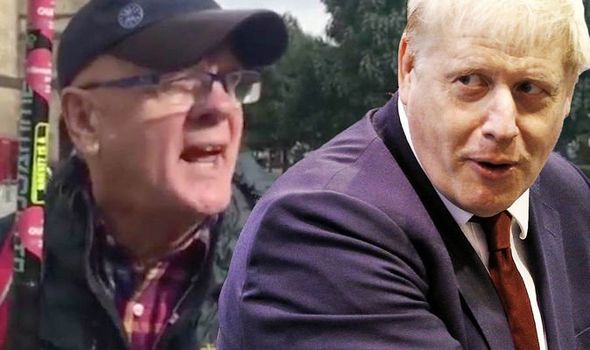 Meanwhile, Mr Javid said a no-deal Brexit “may well happen” despite the Benn Act’s restrictions which are aimed at delaying the UK’s withdrawal from the EU if there is not an agreement in place.

He told the BBC: “Of course, every government should observe all laws at all times.

“We’re taking a careful look at that law.

“But we’re also very clear that our policy has not changed. We will leave on October 31.

“And if you are going to ask me next, how we going to do that? We’re not going to set that out right now. We’re going to focus on trying to get a deal and continue preparations for no-deal, because it may well happen.

“And when we get closer to October 31, we’ll set up exactly the form of our exit.”

He also said that if opposition parties want to stage a no-confidence vote in the government they should “please go ahead and do it and let’s decide who is going to run this country and deliver the people’s priorities”.

9.10am update: Javid continues to speak about Brexit before he gives speech at Tory Conference

Mr Javid said he was not sure how much a no-deal Brexit would cost the economy in the short term.

He told Today: “I don’t think anyone really knows a full proper answer to that question.

“And I have never pretended that if you leave without a deal it won’t be challenging.”

He said: ”The absolute worst negotiating strategy in the world would be to publicly negotiate. It’s a ridiculous suggestion.”

8.50am update: Jacob Rees-Mogg has Tory conference in stitches as he lays into ‘Georgie Porgie’ Corbyn

The leader of the House of Commons had the audience laughing as he said Jeremy Corbyn has achieved something incredible which was of being “more unpopular on his side than on ours”.

Mr Rees-Mogg’s attack comes as Mr Corbyn has faced criticism for “sitting on the fence” over his stance on Brexit as he has failed to say which side he supports.

The rest of the Labour party said last week they are backing Remain and campaigning for a second referendum.

Speaking at the conference, Mr Rees-Mogg said: “On the left we have Jeremy Corbyn, self-renowned Marxist, arguably the left-wing leader the Labour Party has ever had.

“He has achieved the most remarkable feat of being more unpopular on his side than on ours.

“I never thought I would get such applause for Jeremy Corbyn at a Tory Party Conference.

“Mr Corbyn would have the public believe that he is a man of principle.”

8am update: What is the schedule today?

The Conservatives will surely be hoping to get their conference back on track after a storm over the Prime Minister’s private life overshadowed the first day.

10.45am – Session on education including speech by Education Secretary Gavin Williamson