The showdown with ministers is set to take place when the Trade Bill comes back to the Commons with Conservative rebels led by former leader Sir Iain Duncan Smith joining Labour and the SNP in pushing for an amendment on genocide. Last month the government narrowly survived a rebellion on the same amendment by just 11 votes – 319 to 308. The amendment, put down by former maritime minister Nusrat Ghani, would allow trade deals to be reviewed by the courts if they were struck with countries guilty of genocide.

MPs want to ensure that a future government cannot do a deal with China where the ruling Communist Party is guilty of a number of atrocities including against the Uyghur muslims.

However, ministers have opposed the move because they believe it hands too much power to judges when decisions on trade deals need to be ratified in Parliament.

Ahead of the vote, Conservative MPs have linked the measure to Holocaust Memorial Day which was marked on January 29 – the day Auschwitz was liberated.

Hastings and Rye MP Sally-Ann Hart said: “The U.K. has an opportunity as a newly independent sovereign nation to show the world what our priorities are.

“We recently marked Holocaust Memorial Day, where the theme was for us all to be a light in the darkness.

The holocaust was a genocide of millions of Jewish men, women and children. Jewish people suffered in concentration camps like Auschwitz, Buchenwald and Dachau, for example. 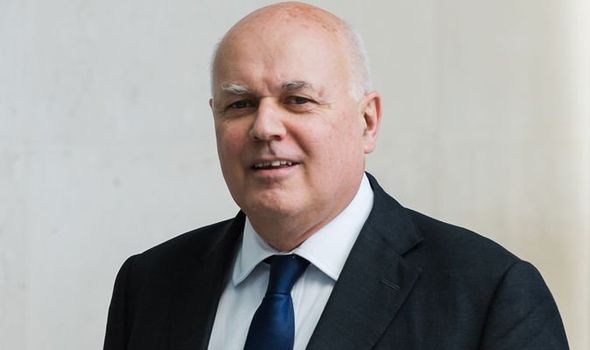 Very few of the survivors are alive today, but their accounts are harrowing.

“Voting against my own Party and Government is not what I came into politics to do.  But these accounts of Holocaust survivors should be a call to action for all of us on Tuesday to take a stand against such modern atrocities happening before our very eyes, and we must all have the will to do what is right and to strive for morality in our actions.”

Bob Blackman MP, Chairman of APPG for Holocaust Memorial, said: “Last week we all remembered the atrocities of the Holocaust, vowed to learn the lessons of the past and all stood up to say ’never again’ must we let this happen anywhere in the world.

“On Tuesday Parliament has a chance to make ’never again’ a reality.  It will be a moment for Global Britain to show some leadership ahead of us hosting the G7 presidency and I hope MPs and the Government will rise above the politics to do what is right for the victims being oppressed by tyrannical, genocidal regimes around the world.”