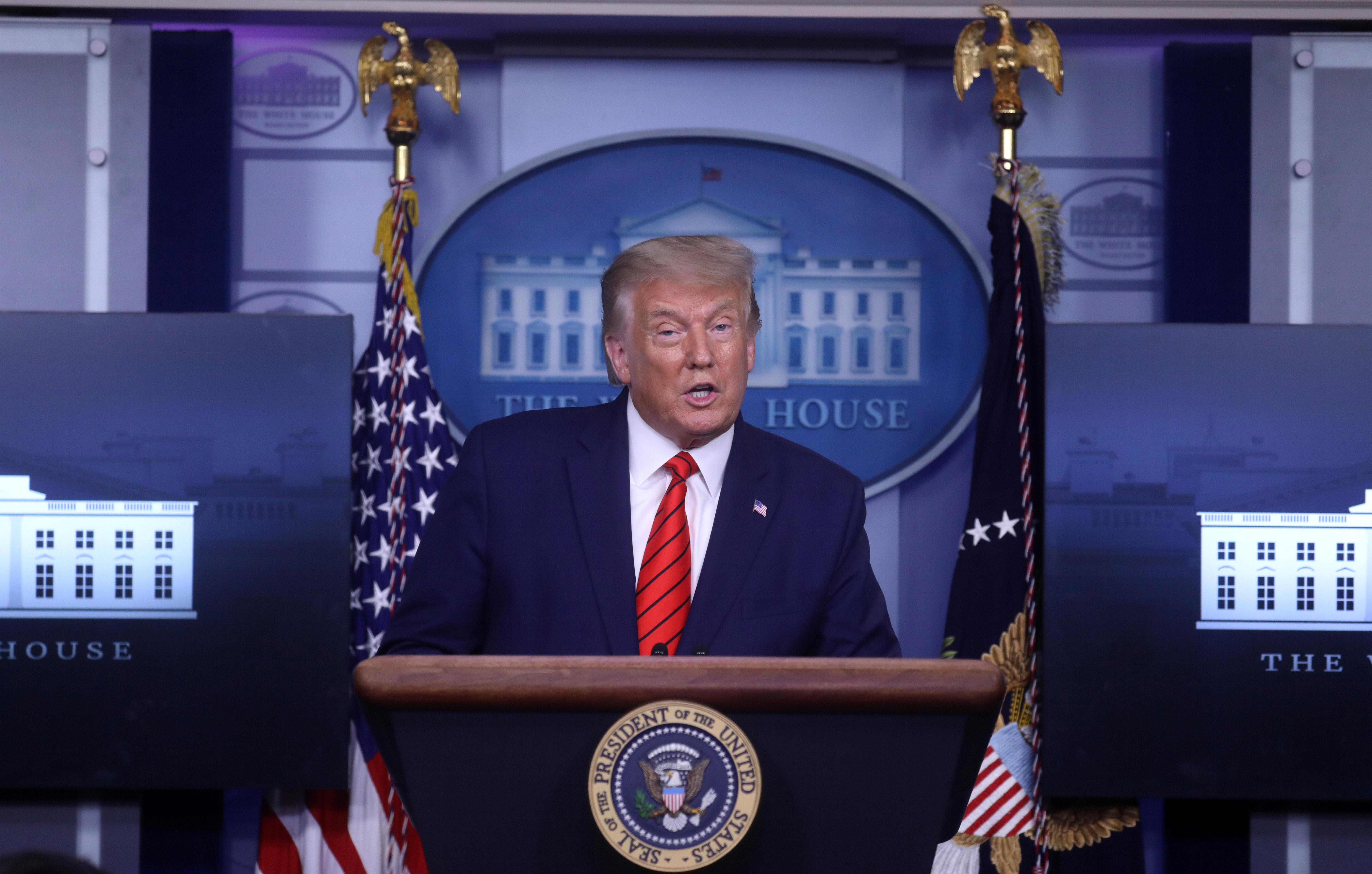 In a Fox News interview that aired late Monday, Trump initially said one person had boarded the plane from a city that he did not name, then said the plane was “completely loaded with thugs wearing these dark uniforms, black uniforms with gear and this and that.”

“There were like seven people on the plane like this person and then a lot of people were on the plane to do big damage,” Trump said.

Trump did not say where the individuals departed from or whether they were headed to Charlotte, North Carolina, where the Republican National Committee held some of its events ahead of the Nov. 3 election, or to Washington, where Trump accepted the party’s nomination in a speech that controversially used the White House as a political backdrop.

Asked where the alleged incident occurred, Trump, who is running for re-election on a “law and order” platform in the face of national opinion polls showing him trailing Democratic presidential candidate Joe Biden, declined to give a location, saying “it’s under investigation.”

He also did not say which government agencies were investigating and did not specify what kind of “gear” the individuals were carrying or how they were able to board a plane headed to a U.S. city.

It was also unclear if the alleged incident may have occurred on a commercial or other flight, and if anyone was arrested or charged.