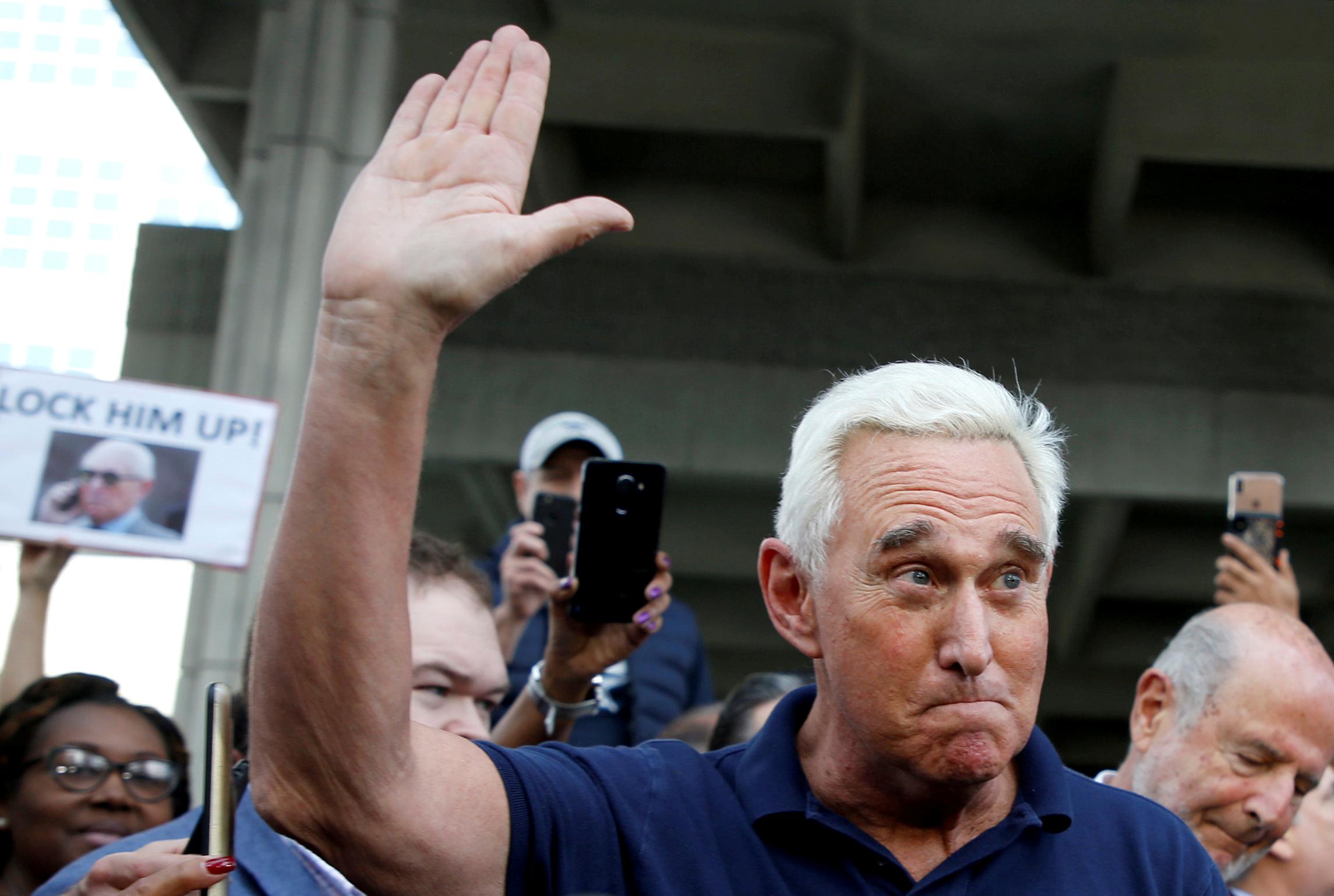 Stone, arrested on Friday in an early-morning raid on his home in Fort Lauderdale, Florida, is due to appear for an arraignment in U.S. federal court in Washington on charges including making false statements to Congress, obstruction of an official proceeding and witness tampering.

The indictment stated that Stone told members of Trump’s 2016 presidential campaign that he had advance knowledge of plans by the Wikileaks website to release damaging emails about Trump’s Democratic opponent Hillary Clinton that U.S. intelligence agencies have concluded were stolen by Russia.

The indictment did not indicate whether Stone knew that Russians had stolen the emails by hacking into computers used by Clinton’s senior campaign adviser John Podesta and the Democratic National Committee.

Mueller last year charged 12 Russians accused in the hacking as part of his probe into Russia’s role in the 2016 election, whether Trump’s campaign conspired with Moscow and whether the president has unlawfully sought to obstruct the investigation.

The charges against Stone marked the first time Mueller’s team has publicly tied the Trump campaign to WikiLeaks, and raise questions about what Trump may have known prior to the public release of the stolen emails.

The charging documents said a senior campaign official “was directed to contact Stone about any additional releases and what other damaging information” WikiLeaks had about Clinton’s campaign, but do not disclose the identity of the person who gave the order.

Stone, a 66-year-old self-proclaimed “dirty trickster” and Republican political operative since the days of the Watergate scandal that forced his former boss President Richard Nixon to resign in 1974, was released on a $250,000 bond after his arrest.

He has declared his innocence. In comments to journalists on Monday in Florida ahead of his arraignment, Stone accused Mueller of “a raw abuse of power.”

Magistrate Judge Deborah Robinson will preside over the arraignment. After that, the case will be heard by U.S. District Judge Amy Berman Jackson, who also is presiding over Mueller’s criminal case against Stone’s former business partner and Trump’s former campaign chairman Paul Manafort.

Robinson on Monday filed a order declaring Stone’s attorneys in violation of court rules because they had not filed necessary paperwork to allow lawyers who are not members of the local bar association to speak in court, warning them to comply or remain silent at the arraignment.