WASHINGTON (Reuters) – Republican Donald Trump and Democrat Barack Obama will make dueling appearances on Sunday, trying to whip up turnout in the last 48 hours of a campaign in which polls show dozens of U.S. congressional and gubernatorial races as too close to call. 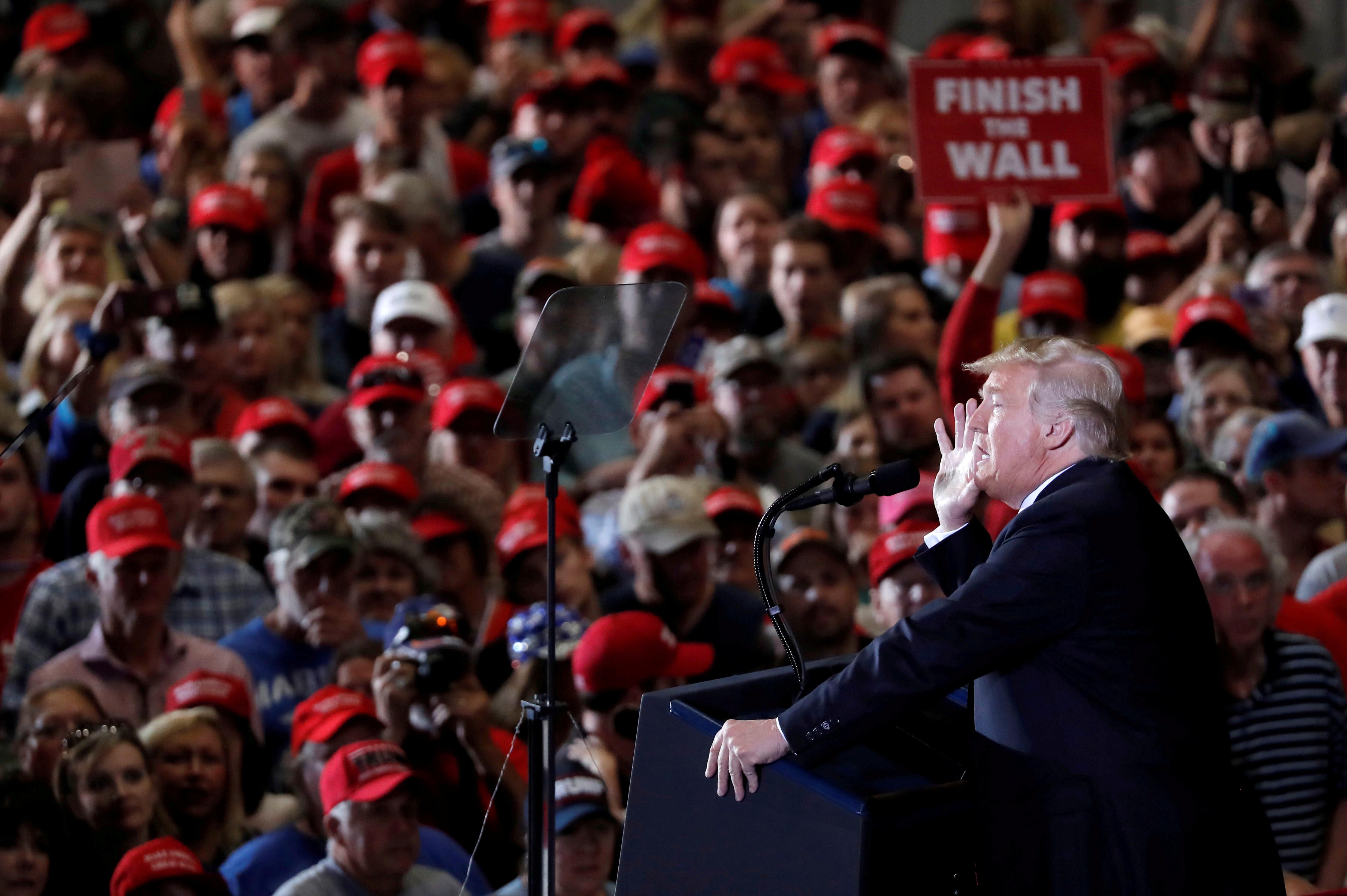 The current and former presidents are still the most popular figures in their respective parties and their appearances are designed to stoke enthusiasm among core supporters in the late stages of a midterm congressional election widely seen as a referendum on Trump’s first two years in the White House.

Opinion polls and election forecasters have made Democrats favorites on Tuesday to pick up the 23 seats they need to capture a majority in the U.S. House of Representatives, which would enable them to stymie Trump’s legislative agenda and investigate his administration.

Republicans are favored to retain their slight majority in the U.S. Senate, currently at two seats, which would let them retain the power to approve U.S. Supreme Court and other judicial nominations on straight party-line votes.

In the midst of a six-day national blitz of rallies ahead of Tuesday’s election, Trump will appear in Georgia, home to one of the hottest governor’s races in the country, and Tennessee, which hosts a vital U.S. Senate race.

In the final stages of the campaign, Trump has ramped up his hard-line rhetoric on immigration and cultural issues including warnings about a caravan of migrants headed to the border with Mexico and of liberal “mobs.”

Ronna McDaniel, head of the Republican National Committee, said the media has chosen to focus on Trump’s immigration rhetoric even though he also has talked about economic and job gains under his presidency.

The Labor Department on Friday reported sharply better-than-expected job creation in October, with the unemployment rate steady at a 49-year low of 3.7 percent and wages notching their best annual gain in almost a decade.

“That’s a great closing argument,” she said on ABC’s “This Week” program. “The economy is a driving force.”

Obama will appear in Indiana, where Democratic Senator Joe Donnelly is in a tough re-election race, and his old home state of Illinois, which hosts a key governor’s race and several tight U.S. House of Representative races.

Obama’s appearance on the campaign trail is his second in three days. On Friday, he condemned Trump’s “fear-mongering” and what he said was a disdain for the truth.

In the battle for the Senate, Democrats are defending seats in 10 states that Trump won in the 2016 presidential election, including a handful that he won by double digits.

U.S. Senator Chris Van Hollen, who heads the Democratic Senate campaign arm, said it was “remarkable” that Democrats were even in striking distance of capturing the Senate given the unfavorable map they faced.

“The fact we still have a narrow path to a majority is a sea change from where we were two years ago,” he said on ABC. “These are some very close races and they are in states where Trump won big.”

As of Sunday morning, almost 34.4 million people had cast ballots early, according to the Election Project at the University of Florida, which tracks turnout. That is up 67.8 percent from the 20.5 million early votes cast in all of 2014, the last federal election when the White House was not at stake.

On staff following orders, Trump says: 'Nobody disobeys me'