WASHINGTON (Reuters) – U.S. President Donald Trump lashed out on Sunday at another witness in Congress’ impeachment inquiry against him, saying the aide to Vice President Mike Pence was a “Never Trumper” who should “work out a better presidential attack.” 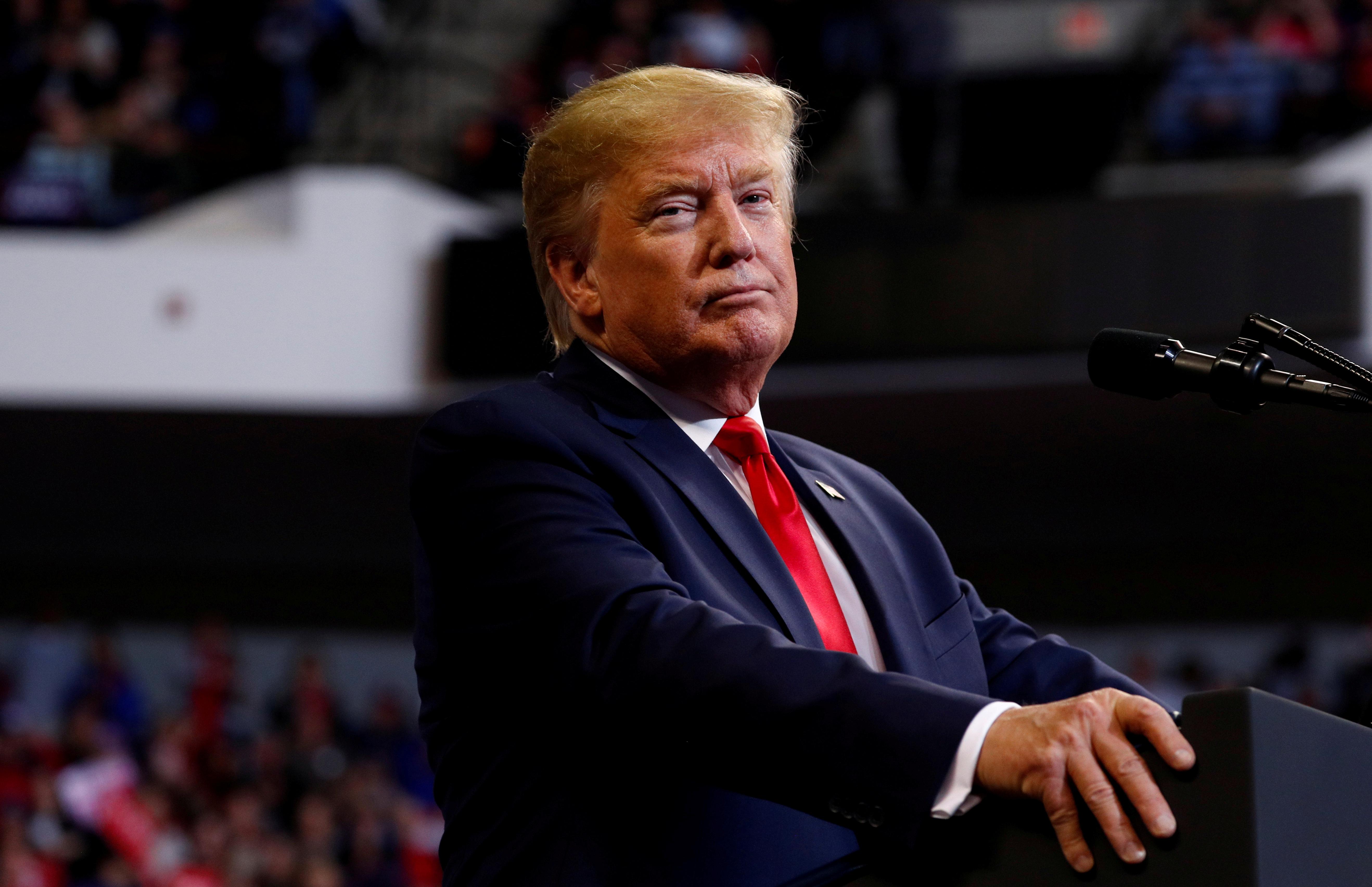 Writing on Twitter, Trump was scornful of Jennifer Williams, a foreign policy aide to Pence who testified earlier this month that some of Trump’s comments on a phone call between Trump and his Ukrainian counterpart last summer were “inappropriate.” Her testimony was released on Saturday.

“Tell Jennifer Williams, whoever that is, to read BOTH transcripts of the presidential calls,” Trump wrote on Twitter.

“Then she should meet with the other Never Trumpers, who I don’t know & mostly never even heard of, & work out a better presidential attack!”

Trump’s July 25 phone call is at the heart of the House of Representatives’ Democratic-led inquiry into whether the Republican president misused U.S. foreign policy to undermine former Vice President Joe Biden, one of his potential opponents in the 2020 election.

Williams, who was listening to the call, testified that Trump’s insistence that Ukraine carry out politically sensitive investigations “struck me as unusual and inappropriate.”

She said the discussion between Trump and Ukrainian President Volodymyr Zelenskiy was “more political in nature” than phone calls with other foreign leaders, and included what she viewed as specific references to Trump’s “personal political agenda.”

Trump has denied any wrongdoing, derided some of the other current and former U.S. officials who have appeared before House committees in the inquiry and branded the investigation a witch hunt aimed at hurting his re-election chances.

Trump says his call with Zelenskiy was “perfect” while Republican lawmakers criticize the impeachment process as unfair.

The White House has released a rough transcript of the July 25 call, as well as another call in April in which Trump congratulated Zelenskiy on his election.

Trump two days ago attacked another witness, former U.S. ambassador to Ukraine Marie Yovanovitch, in real time while she was testifying in a public hearing of the impeachment inquiry.

The president has also referred on Twitter to other witnesses in the probe, U.S. Army Lieutenant Colonel Alexander Vindman and diplomat William Taylor, as “Never Trumpers”, and said Taylor and other witness, George Kent, had a “blank look on their face” as they were testifying in public last week.