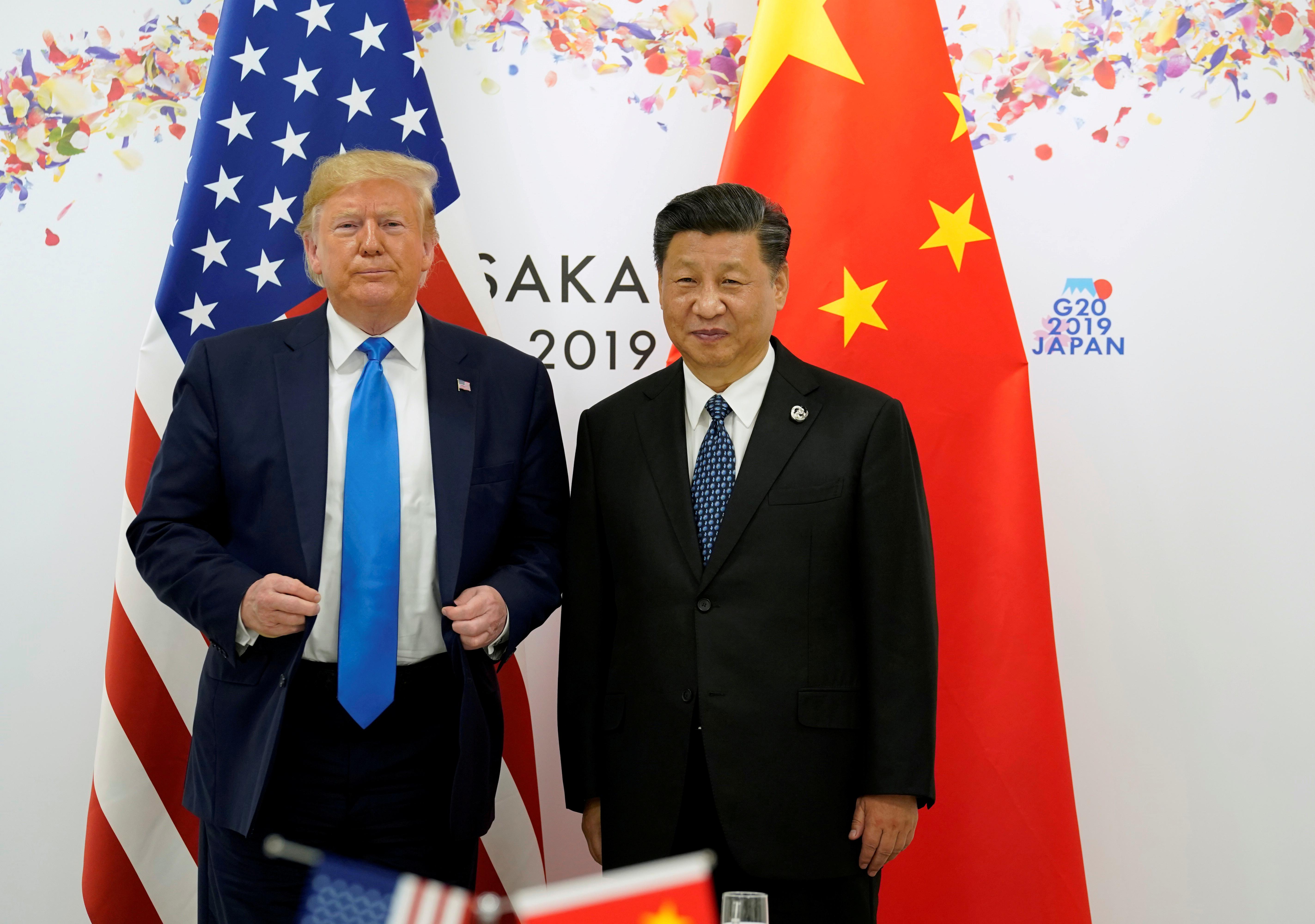 Trump, who has accused China of unfair trade practices and pushed for a deal that would rebalance the relationship in favor of U.S. manufacturers and workers, said on Twitter he will issue a response to Beijing’s latest tariff plan on Friday afternoon.

The president was meeting with his trade team at midday, a senior White House official told Reuters.

“We don’t need China and, frankly, would be far better off without them. The vast amounts of money made and stolen by China from the United States, year after year, for decades, will and must STOP,” Trump tweeted.

“Our great American companies are hereby ordered to immediately start looking for an alternative to China, including bringing your companies HOME and making your products in the USA.”

It’s unclear what legal authority Trump would be able to use to compel U.S. companies to close operations in China or stop sourcing products from the country.

Trump also said he was ordering shippers including FedEx (FDX.N). Amazon.com Inc (AMZN.O), UPS (UPS.N) and the U.S. Postal Service to search out and refuse all deliveries of the opioid fentanyl to the United States.

“Time is of the essence. We do not want to see a further deterioration of US-China relations,” Myron Brilliant, executive vice president and head of the business group’s international affairs, said in a statement.

China on Friday said it would impose retaliatory tariffs on $75 billion of U.S. goods, targeting crude oil for the first time and renewing punitive duties on American-made autos.

The latest salvo was in response to Trump’s plans to impose 10% tariffs on a final $300 billion list of Chinese-made consumer goods on Sept. 1 and Dec. 15, including cell phones, toys, laptop computers and clothing.

China’s Commerce Ministry said that on those same dates it will impose additional tariffs of 5% or 10% on a total of 5,078 products originating from the United States including agricultural products such as soybeans, beef and pork, as well as small aircraft. Beijing is also reinstituting tariffs on cars and auto parts originating from the United States that it suspended last December as U.S.-China trade talks accelerated.

“China’s decision to implement additional tariffs was forced by the U.S.’s unilateralism and protectionism,” the Chinese Commerce Ministry said in a statement.

“We want a deal, but it doesn’t mean we want a deal that is not based on mutual respect or good for China’s interests,” a Chinese diplomatic source said. “If the United States levies tariffs, China will have counter-measures.”

U.S. crude futures were down more than 2%.

On Thursday, top White House economic adviser Larry Kudlow said there was progress in a deputy-level U.S.-China trade call this week. But neither side so far appears to be ready to make a significant compromise needed to end the nearly 14-month-old trade war.

The trade dispute has stoked fears about a global recession, shaking investor confidence and prompting central banks around the world to ease policy in recent months.

In an interview on CNBC, Federal Reserve Bank of Cleveland President Loretta Mester said she viewed the Chinese retaliatory tariffs as “just a continuation” of the aggravated trade policy uncertainty that has begun weighing on U.S. business investment and sentiment.

The knock-on impact of the U.S.-China trade tensions was a key reason behind the U.S. Federal Reserve’s move to cut interest rates last month for the first time in more than a decade.

“The president’s trade war threatens to push the economy into a ditch,” said Mark Zandi, chief economist at Moody’s Analytics. “The president is hoping that the Federal Reserve will … bail him out, but if he continues to pursue the war, the Fed won’t be up to the task.”

In a keynote speech at the Fed’s annual central banking conference in Jackson Hole, Wyoming, on Friday, Fed Chair Jerome Powell said the U.S. central bank would “act as appropriate” to keep the economy healthy but did not say how fast it might cut rates.

Among U.S. goods targeted by Beijing’s latest tariffs were soybeans, which will be hit with an extra 5% tariff starting Sept. 1. China will also tag beef and pork from the United States with an extra 10% tariff.

Although the Trump administration has rolled out aid to farmers stung by China’s tariffs, there is growing frustration in America’s agricultural belt, a key political constituency for Trump as he heads into his 2020 re-election campaign.

“The view from much of farm country is bleak and anger is boiling over. With bankruptcies and delinquencies rising and prices falling, the frustration with the lack of progress toward a deal is growing,” the bipartisan Farmers for Free Trade group said in a statement. 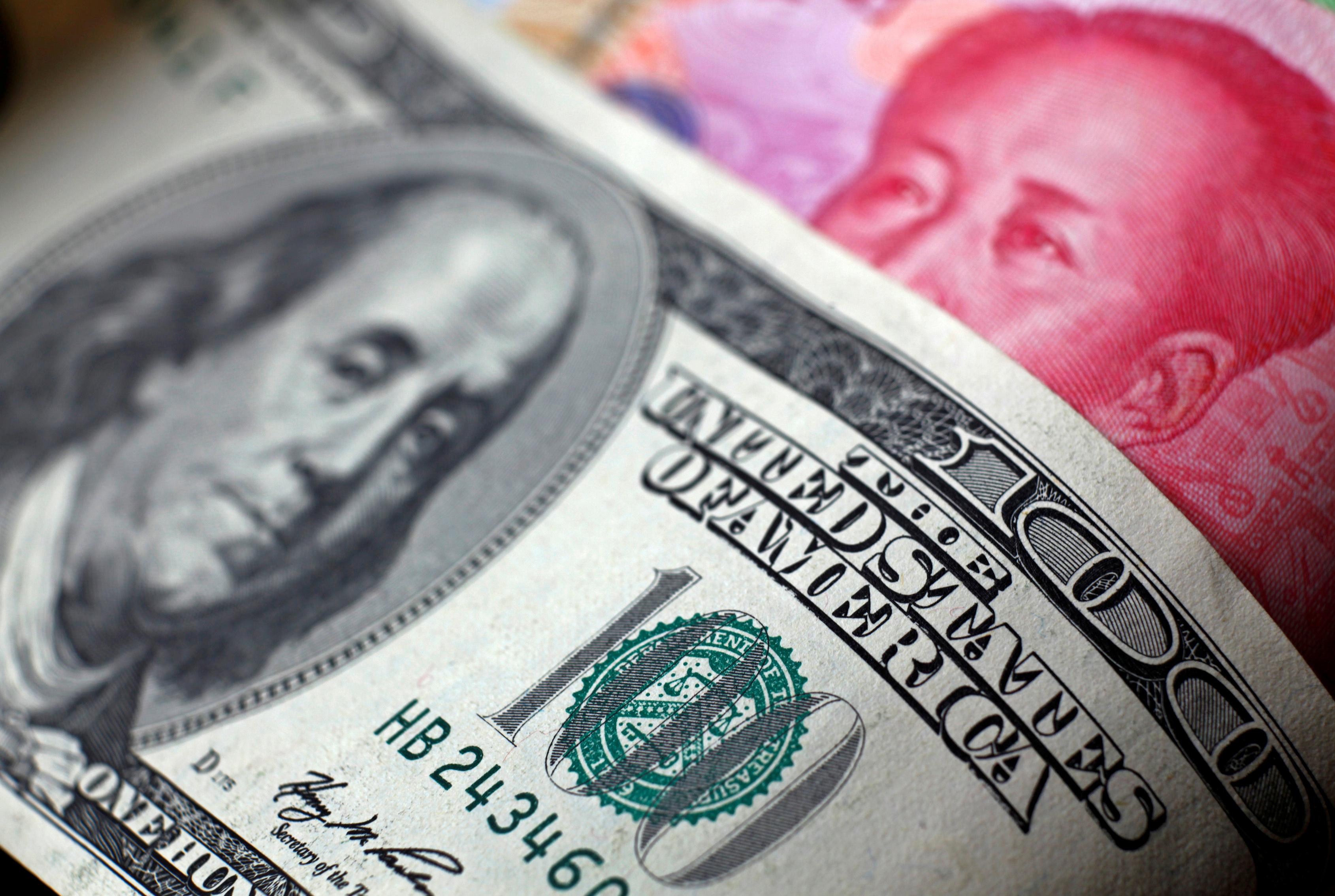 Ford (F.N), a net exporter to China, said in a statement it encouraged the United States and China to find a near-term solution.

“It is essential for these two important economies to work together to advance balanced and fair trade,” the company said.

Ross to face no action over vote 'mistake'

How partial shutdown of U.S. government could play out