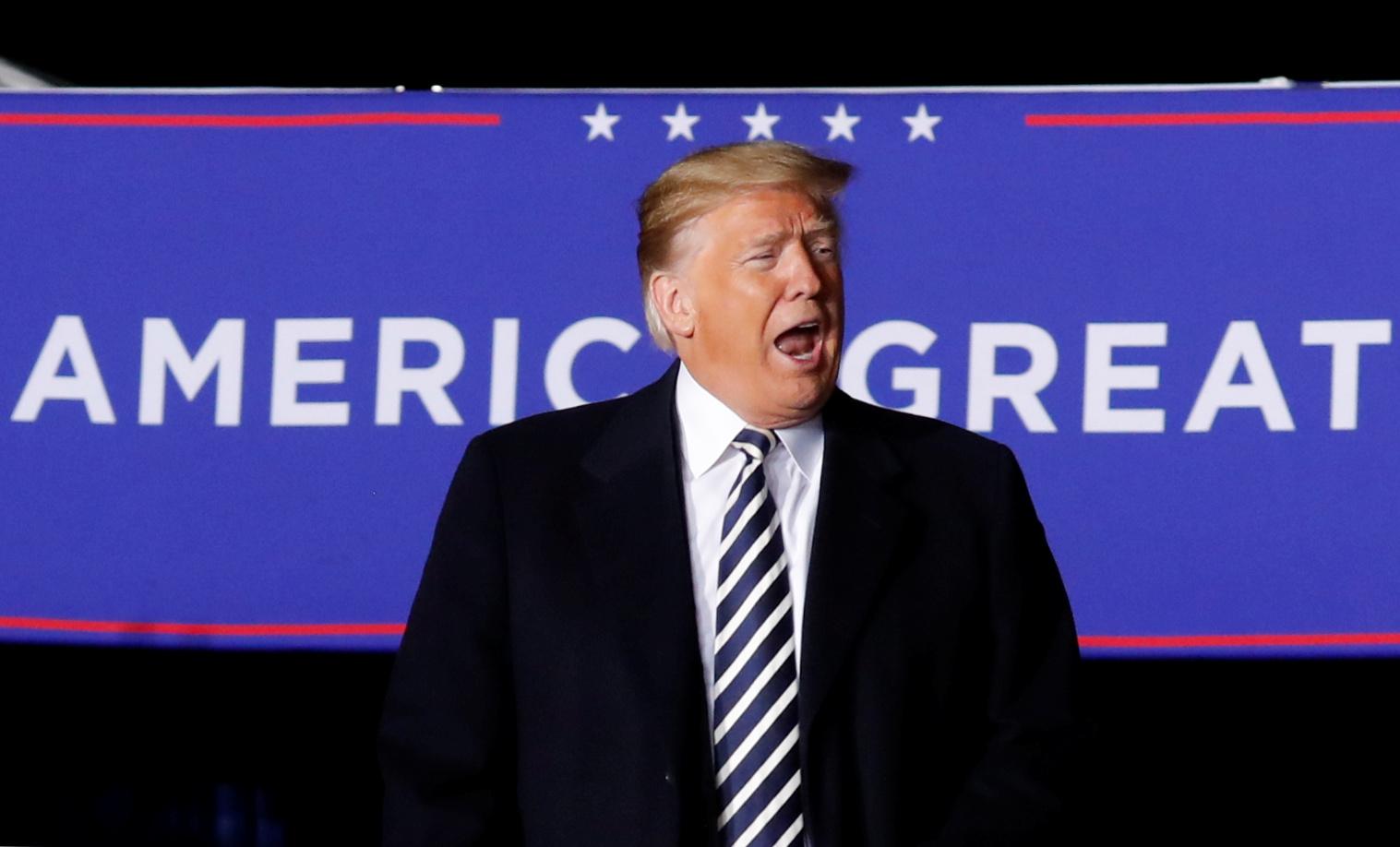 The opinions expressed are his own. Reuters has not edited the statements or confirmed their accuracy.

– Just had a long and very good conversation with President Xi Jinping of China. We talked about many subjects, with a heavy emphasis on Trade. Those discussions are moving along nicely with meetings being scheduled at the G-20 in Argentina. Also had good discussion on North Korea! [1009 EDT]

– Thank you to Rick Breckenridge and congratulations to Matt Rosendale (@MattForMontana). This is very big – see you in Montana on Saturday! Tickets: here … bit.ly/2Pylp5m [1433 EDT]

– [email protected] will be an extraordinary Governor for the State of Colorado. He is strong, smart, and has been successful at everything he has ever done…. [1437 EDT]

– ….His opponent, Jared Polis, is weak on crime and weak on borders – could never do the job. Get out and VOTE – Walker has my Complete and Total Endorsement! [1437 EDT]

– On my way to Columbia, Missouri for a #MAGARally. Look forward to seeing everyone soon! vote.gop [1811 EDT]

– Beautiful evening at a #MAGARally with great American Patriots. Loyal citizens like you helped build this Country and together, we are taking back this Country – returning power to YOU, the AMERICAN PEOPLE. Get out and Vote.GOP ! bit.ly/2EZqnnH [2223 EDT]

– I love you Missouri! Under Republican leadership, America is BOOMING, America is THRIVING, and America is WINNING – because we are finally putting AMERICA FIRST. Get out and VOTE Josh @HawleyMO for the United States Senate! #MAGA [2243 EDT]