WASHINGTON (Reuters) – In another senior staff shake-up inside his often turbulent administration, U.S. President Donald Trump said on Friday he has picked the two people he wants to be the next U.S. attorney general and the next U.S. ambassador to the United Nations. 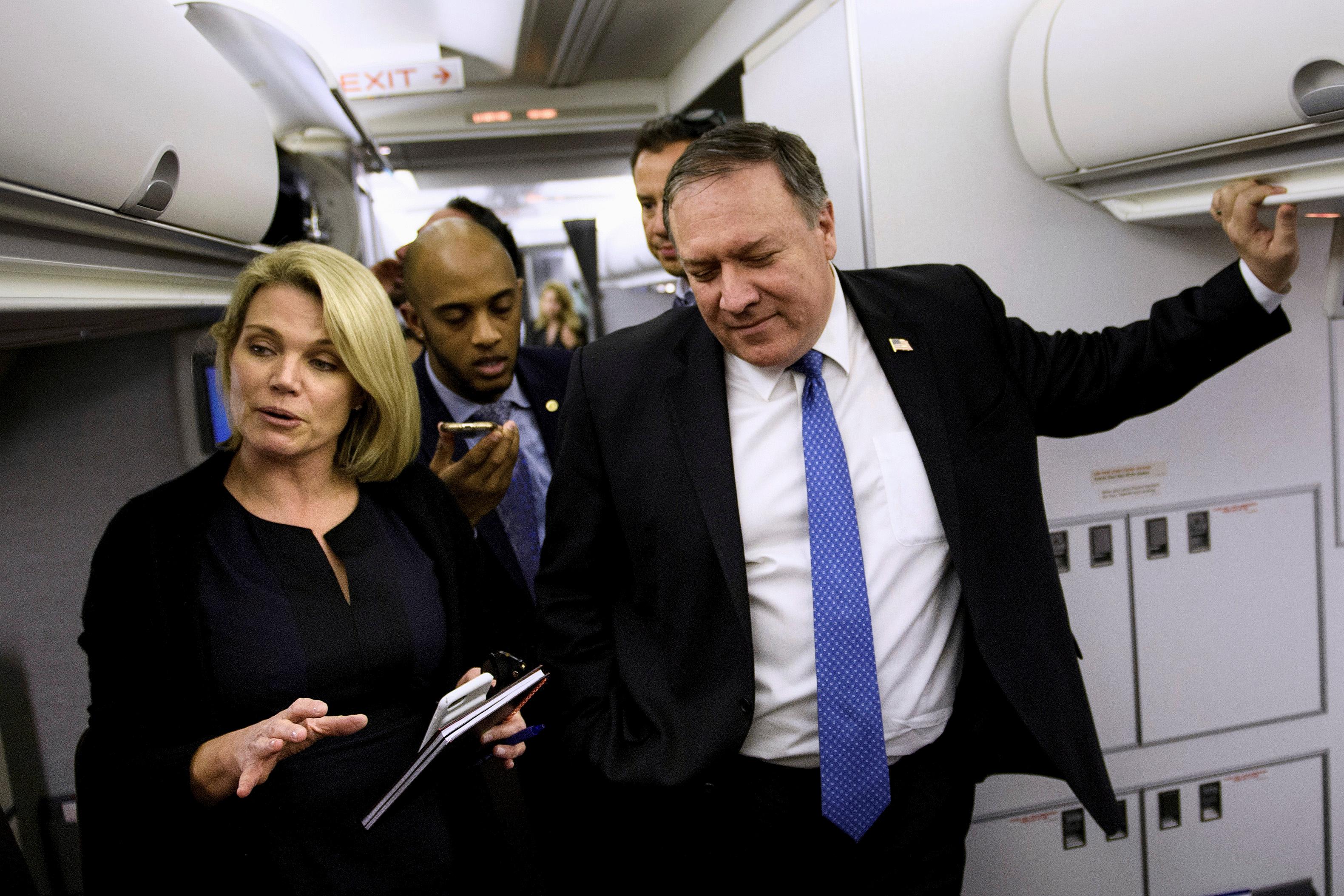 He said he will nominate William Barr, who was attorney general under former President George H.W. Bush in the 1990s, to fill that top job again at the U.S. Justice Department.

Barr would replace Acting Attorney General Matthew Whitaker, who has been in that position since Trump forced out Jeff Sessions as attorney general a month ago.

Trump said he will put forward State Department spokeswoman Heather Nauert as ambassador to the United Nations. Nauert, a former Fox News Channel host, would replace Nikki Haley, who said in October she would resign at the end of this year.

Both are likely to face tough questions at their Senate confirmation hearings. Democrats called Nauert unqualified and said they were concerned about Barr’s independence.

Republicans said they were pleased with both nominees.

Trump also said he would make a personnel announcement concerning the Pentagon on Saturday, telling reporters outside the White House, “It will have to do with the Joint Chiefs of Staff, the succession.”

Trump was expected to name the Army’s top general, Mark Milley, as the next chairman of the Joint Chiefs of Staff, the country’s top military position, U.S. officials told Reuters.

Separately, two sources told Reuters that John Kelly is expected to resign in coming days as White House chief of staff after months of speculation.

The proposed changes come as the Republican president faces another difficult stretch.

Democrats are promising aggressive oversight of Trump’s administration and business activities when they take control of the U.S. House of Representatives in January following their gains in last month’s elections.

Special Counsel Robert Mueller is continuing to investigate Russian interference in the 2016 presidential election, any collusion between Moscow and Trump’s campaign and possible obstruction of justice. More details of the inquiry were set to emerge in court filings on Friday.

Barr, who was attorney general under Bush from 1991 to 1993 and has worked in the private sector since then, would oversee Mueller’s probe if the Senate confirms him in the job again.

He is likely to face pressure at his confirmation hearings to show he would protect Mueller from political interference. Critics of Trump have long been concerned that the president wants to end the Mueller probe.

“There is no one more capable or qualified for this role,” Trump said at a law-enforcement conference in Kansas City.

Trump, who has repeatedly denounced the Mueller investigation as a “witch hunt,” denies any collusion with Russia or any obstruction of justice. Russia denies U.S. intelligence agencies’ findings that it meddled in the 2016 election campaign to try to tilt the vote in Trump’s favor.

“Given President Trump’s demonstrated lack of regard for the rule of law and the independence of the American justice system, his nominee for attorney general will have a steep hill to climb in order to be confirmed by the Senate,” Senate Democratic Leader Chuck Schumer said in a statement.

Whitaker, a former U.S. attorney who is currently acting head of the Justice Department, has drawn criticism for past business ventures and critical comments about the Mueller investigation before he joined the department.

Trump mocked and belittled Sessions for more than a year, angry at Sessions’ decision to recuse himself from overseeing the Russia probe because he had worked for Trump’s election campaign.

If she is confirmed to the U.N. ambassador post, Nauert would bring little diplomatic experience to a highly visible international role.

House Speaker Paul Ryan, a Republican, praised Nauert as “one of the United States’ strongest voices on the global stage.”

“She’s clearly not qualified for this job, but these days it seems that the most important qualification is that you show up on Donald Trump’s TV screen,” Democratic Senator Chris Murphy said on CNN.

Other nations with veto power on the U.N. Security Council are all represented by ambassadors with decades of foreign policy experience.

Nauert would succeed Haley, a former South Carolina governor who also had little experience in world affairs before she took the job. Haley insisted that she be made a member of Trump’s Cabinet and his National Security Council to bolster her power within the administration.

Trump’s White House has had the highest turnover of senior-level staff of the past five presidents, according to figures compiled by the Brookings Institution think tank.