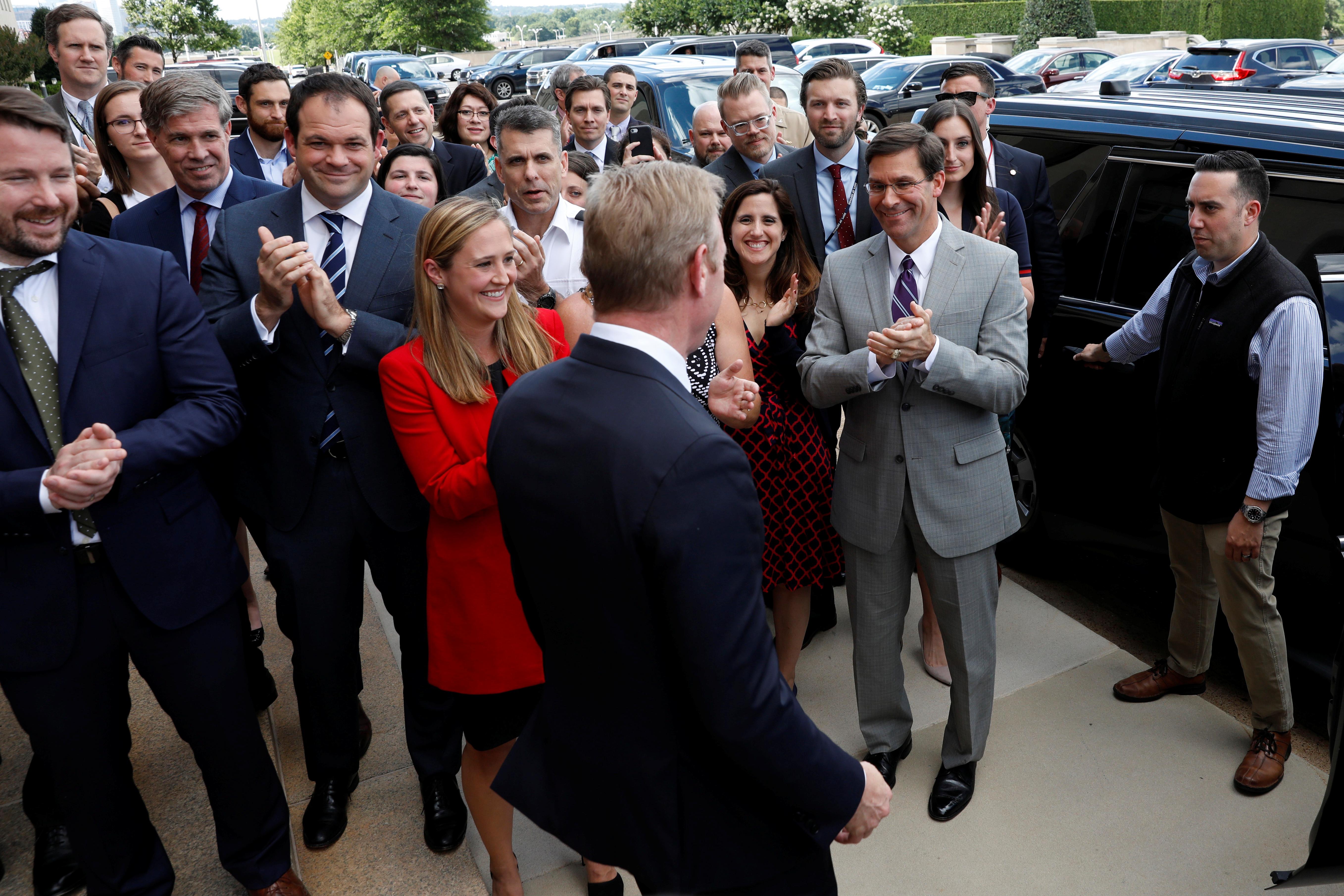 WASHINGTON (Reuters) – U.S. President Donald Trump said on Friday he intends to nominate Army Secretary Mark Esper to be secretary of defense, the White House said in a statement.

Esper takes over as acting defense secretary on Monday following the resignation of Patrick Shanahan, who is stepping down after media reports emerged this week of domestic violence in his family.

Trump, who said on Friday he aborted a planned military strike on Iran to retaliate for Tehran’s downing of an unmanned U.S. drone, has not had a permanent defense secretary for six months.

James Mattis abruptly quit as defense secretary in December after falling out with Trump over his foreign policies, including surprise decisions to pull troops from Syria and to start planning a drawdown in Afghanistan.

Esper served in the first Gulf War, worked as an aide on Capitol Hill, and spent seven years as vice president for government relations at defense contractor Raytheon.

All the nominations need confirmation by the U.S. Senate.