WASHINGTON/WEST PALM BEACH, Fla. (Reuters) – The top U.S. law enforcement official could release as early as Saturday the main findings in Special Counsel Robert Mueller’s confidential report on his 22-month-long inquiry into Russia’s role in the 2016 U.S. election and any potential wrongdoing by President Donald Trump.

Attorney General William Barr, who received the report from the former FBI director on Friday, told U.S. lawmakers he may be able to inform them of Mueller’s “principal conclusions as soon as this weekend.” Under Justice Department regulations, Barr is empowered to decide how much to disclose publicly.

The big question is whether the report contains allegations of wrongdoing by Trump or exonerates him. Mueller investigated whether Trump’s campaign conspired with Moscow to try to influence the election and whether the Republican president later unlawfully tried to obstruct his investigation.

Trump, who is spending the weekend at his Mar-a-Lago resort in Florida, has not commented to reporters or taken to Twitter, one of his favorite ways of communicating, on the completion of the investigation that has cast a shadow over his two years in the White House. Trump had no public events scheduled on Saturday and he went to the golf course he owns in the morning.

The 235 members of the Democratic caucus in the U.S. House of Representatives scheduled a 3 p.m. (1900 GMT) conference call on Saturday, a senior Democratic aide said.

Mueller did not recommend any further indictments, a senior Justice Department official said, signaling there might be no more criminal charges against Trump associates arising from the investigation. Mueller brought charges against 34 people and three companies over the course of his investigation, with prison sentences for some of Trump’s former aides.

On Friday evening, civil liberties privacy group the Electronic Privacy Information Center filed a Freedom of Information Request lawsuit against the U.S. Department of Justice to obtain the report.

Lawmakers in both parties urged its quick release, and Democrats in particular demanded that nothing be held back, saying they would issue subpoenas if necessary. Barr, who took office in February, was appointed by Trump after the president fired his predecessor Jeff Sessions in November.

“I remain committed to as much transparency as possible, and I will keep you informed as to the status of my review,” Barr told lawmakers in a letter.

By handing over the long-awaited report to Barr, Mueller marked the end of his work, with his spokesman saying the 74-year-old special counsel would conclude his service in the coming days.

Trump has denied collusion and obstruction. Russia has denied election interference. Trump has sought to discredit the investigation, calling it a “witch hunt” and accusing Mueller of conflicts of interest. But he said on Wednesday he does not mind if the public is allowed to see the report.

None of those charges, however, directly related to the question of collusion between the campaign and Moscow. The Justice Department has a policy that sitting presidents cannot face criminal charges.

House of Representatives Speaker Nancy Pelosi and Senate Democratic leader Chuck Schumer, the two top Democrats in Congress, said it was “imperative” the full report be made public, that Barr not give Trump and his team a “sneak preview” of the findings, and that the White House not be allowed to interfere in decisions about what parts are made public. 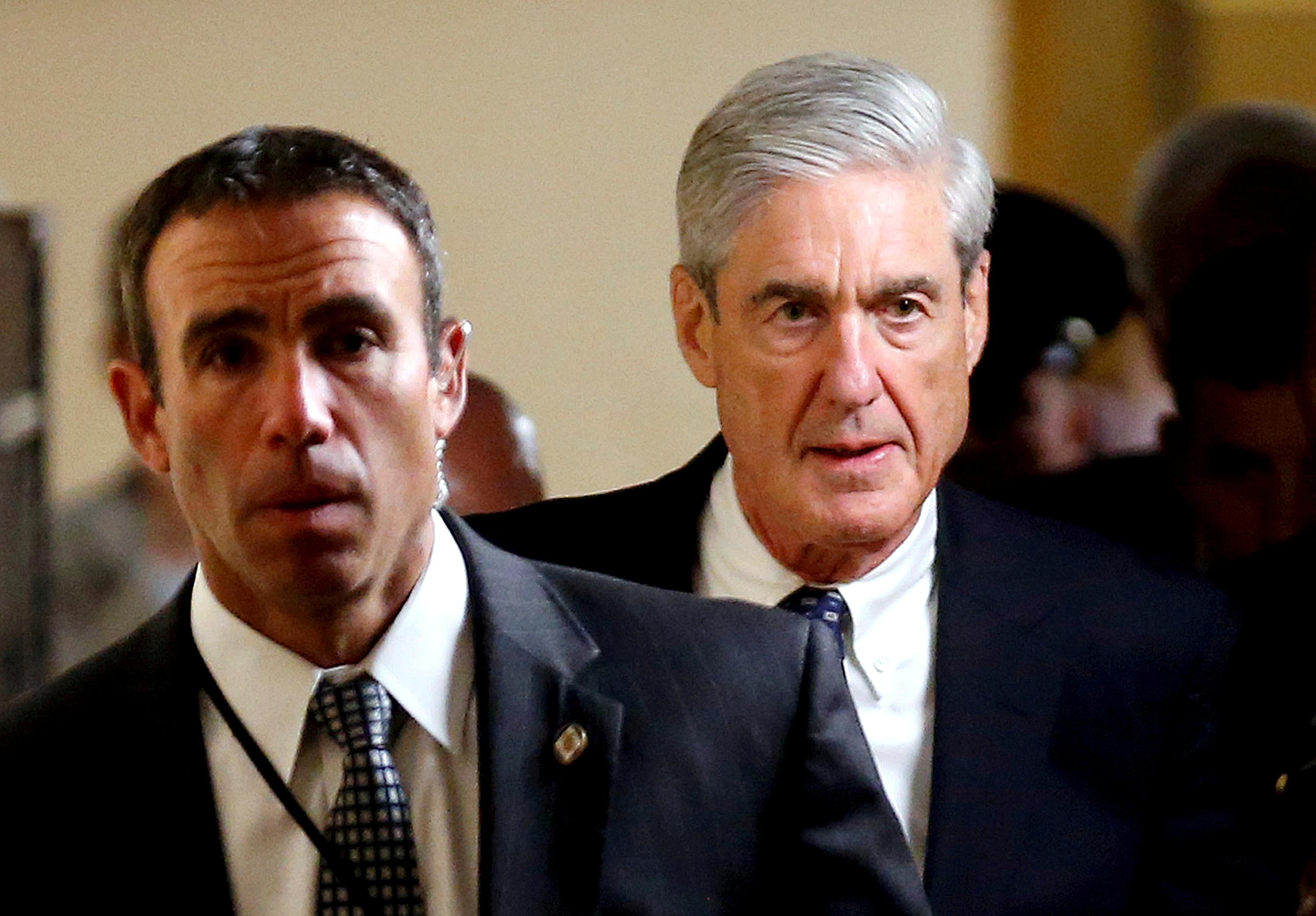 They said the investigation focused on questions that “go to the integrity of our democracy itself: whether foreign powers corruptly interfered in our elections, and whether unlawful means were used to hinder that investigation.”

The White House has not received or been briefed on the report, spokeswoman Sarah Sanders said, adding that “we look forward to the process taking its course.”

Senate Majority Leader Mitch McConnell, the top Republican in Congress, said, “The attorney general has said he intends to provide as much information as possible. As I have said previously, I sincerely hope he will do so as soon as he can, and with as much openness and transparency as possible.”

Representative Steve Scalise, the No. 2 House Republican and a strong ally of the president, expressed confidence the report would not find collusion with Russia.

“The reports that there will be no new indictments confirm what we’ve known all along: there was never any collusion with Russia. The only collusion was between Democrats and many in the media who peddled this lie because they continue to refuse to accept the results of the 2016 election,” Scalise said.

Even if the Mueller report exonerates Trump, that may not spell the end to his legal troubles. Cohen pleaded guilty in August to campaign finance violations in a case overseen by federal prosecutors in Manhattan, who said in court filings that Cohen carried out the crimes at the direction of Trump.

The U.S. Attorney’s Office in Manhattan is also looking at the spending of Trump’s inaugural committee and business practices at the Trump Organization, the family’s company. 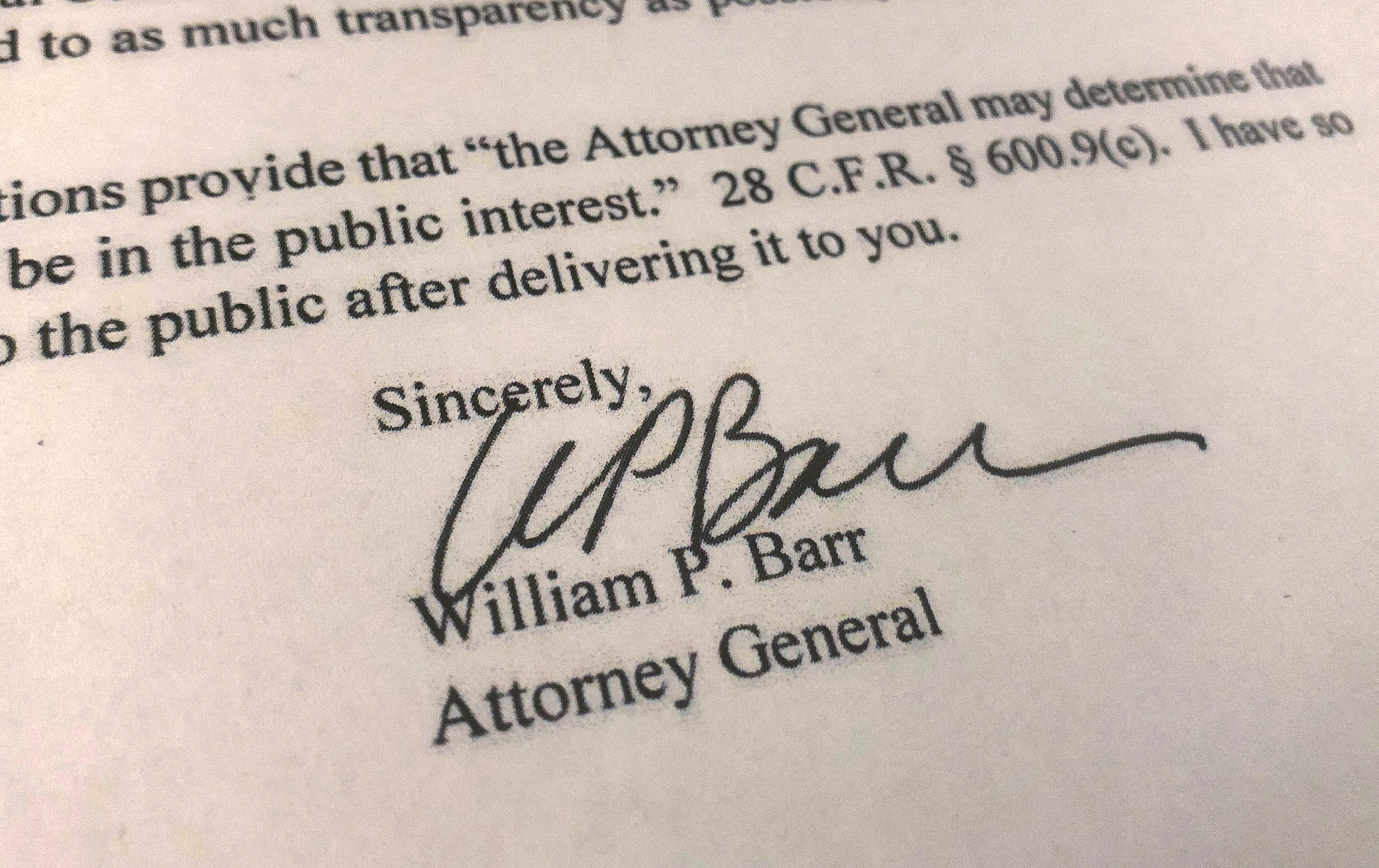 U.S. intelligence agencies have concluded that Moscow meddled in the election with a campaign of email hacking and online propaganda aimed at sowing discord in the United States, hurting Democratic candidate Hillary Clinton and helping Trump.

A small number of House Democrats have pushed for Congress to impeach Trump and remove him from office but the party’s leadership including Pelosi has urged caution. No president has ever been removed from office via impeachment.

Several House committees in the meantime are conducting aggressive investigations of Trump and people around him.