Control of both houses of the U.S. Congress, currently dominated by Republicans, and 36 governors’ offices will be at stake when Americans vote in Tuesday’s elections. Interest has been unusually high for a non-presidential election year, with early voting running well ahead of past cycles.

Opinion polls and nonpartisan forecasters generally show Democrats with a strong chance of taking the 23 additional seats they would need for a majority in the House of Representatives, which they could use to launch investigations into Trump’s administration and block his legislative agenda.

Republicans are favored to retain control of the Senate, whose powers include confirming Trump’s nominations to lifetime seats on the Supreme Court.

“America is booming. Republicans passed a massive tax cut for working families and we will soon follow it up with another 10 percent tax cut for the middle class,” Trump said, standing in a Belgrade, Montana, airfield with Air Force One as a backdrop.

Last December, Trump signed into law the largest tax overhaul since the 1980s, which slashed the corporate rate to 21 percent from 35 percent and temporarily reduced the tax burden for most individuals as well.

The appearance was intended to boost the campaign of Matt Rosendale, the Republican state auditor challenging Democratic U.S. Senator Jon Tester. Trump called out Tester for his vote against his most recent Supreme Court nominee, saying “what he did was terrible.”

Republicans in many competitive suburban districts have tried to focus their campaign messages on the robust economic growth, though in his campaign appearances Trump has also focused on his hard-line immigration stance as he looks to stem the illegal and legal flow of people into the United States. 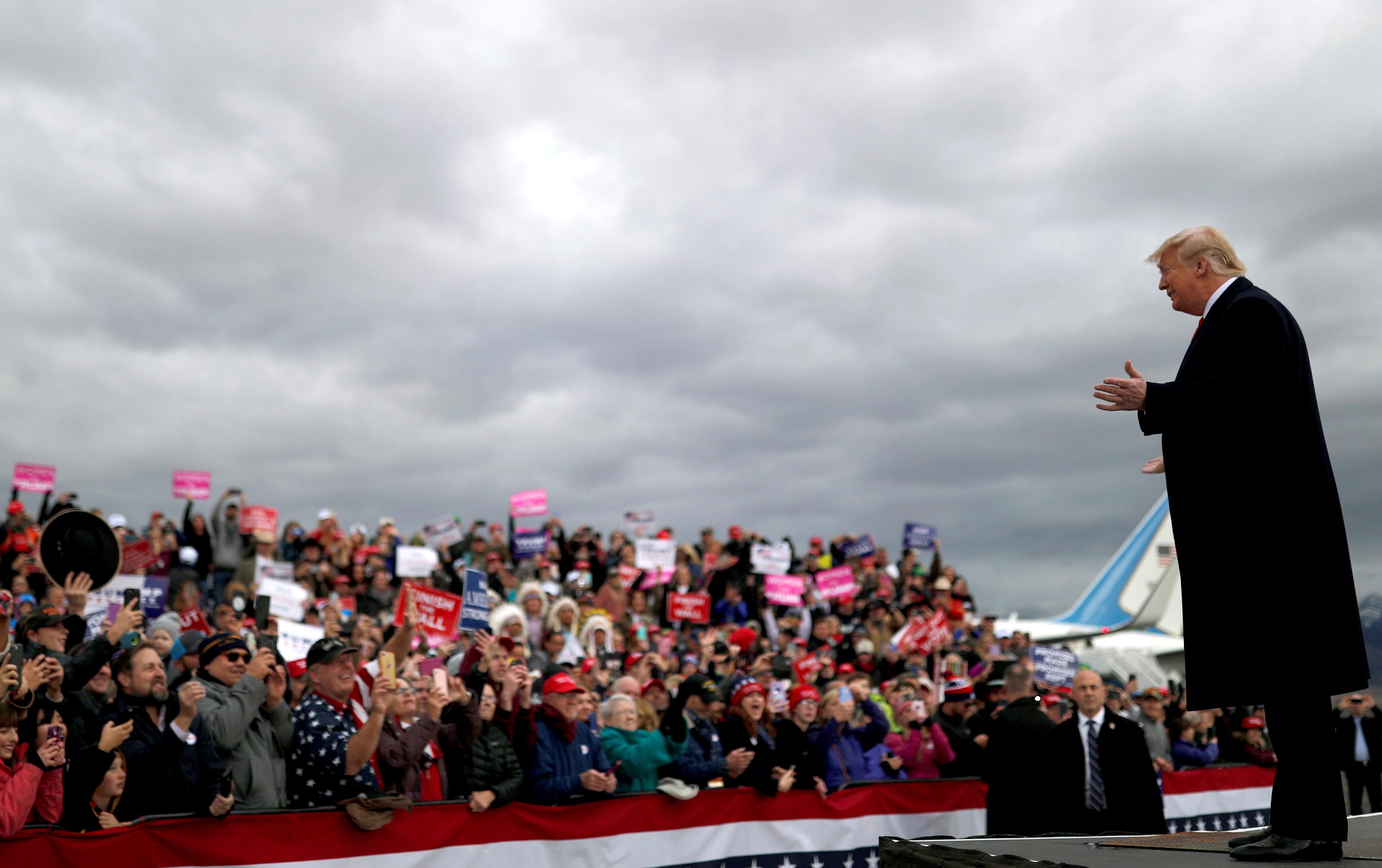 “We’re in a battle for America’s soul,” Biden, his voice faint and scratchy, told a crowd at a high school south of Cleveland. “We Democrats have to make it clear who we are. We choose hope over fear, we choose unity over division, we choose our allies over our enemies and we choose truth over lies.”

Congressional candidates campaigned in a whirlwind close across the country: in Virginia, Democrat Jennifer Wexton greeted voters in the Manassas Veterans Day parade; in New Jersey Republican Jay Webber met them in a diner, and in Minnesota Republican Pete Stauber went door to door urging people to vote.

As of Friday night, almost 32.4 million people had cast ballots early, according to The Election Project at the University of Florida, which tracks turnout. That is up more than 50 percent from the 20.5 million early votes cast in all of 2014, the last federal election when the White House was not at stake.

Trump on Friday appeared in West Virginia with Patrick Morrisey, who is seeking to unseat Democratic Senator Joe Manchin. They marked his third campaign appearance in West Virginia and fourth in Montana.

Some analysts said the president’s repeated visits to states that he won in 2016 were a signal Republicans were worried about keeping control of Congress.

“It’s not a good sign for Republicans if they have to spend all these resources for a seat they shouldn’t have to be fighting for,” said Simon Haeder, a professor of political science at West Virginia University, in a phone interview. “That should be a solid Republican seat.”

In Florida, Trump is due to campaign for Governor Rick Scott, who is trying to unseat Democratic U.S. Senator Bill Nelson, and U.S. Representative Ron DeSantis, who is running for governor against Democratic Tallahassee Mayor Andrew Gillum.

(For a graphic on ‘Can Democrats regain control of the House?’ click here) 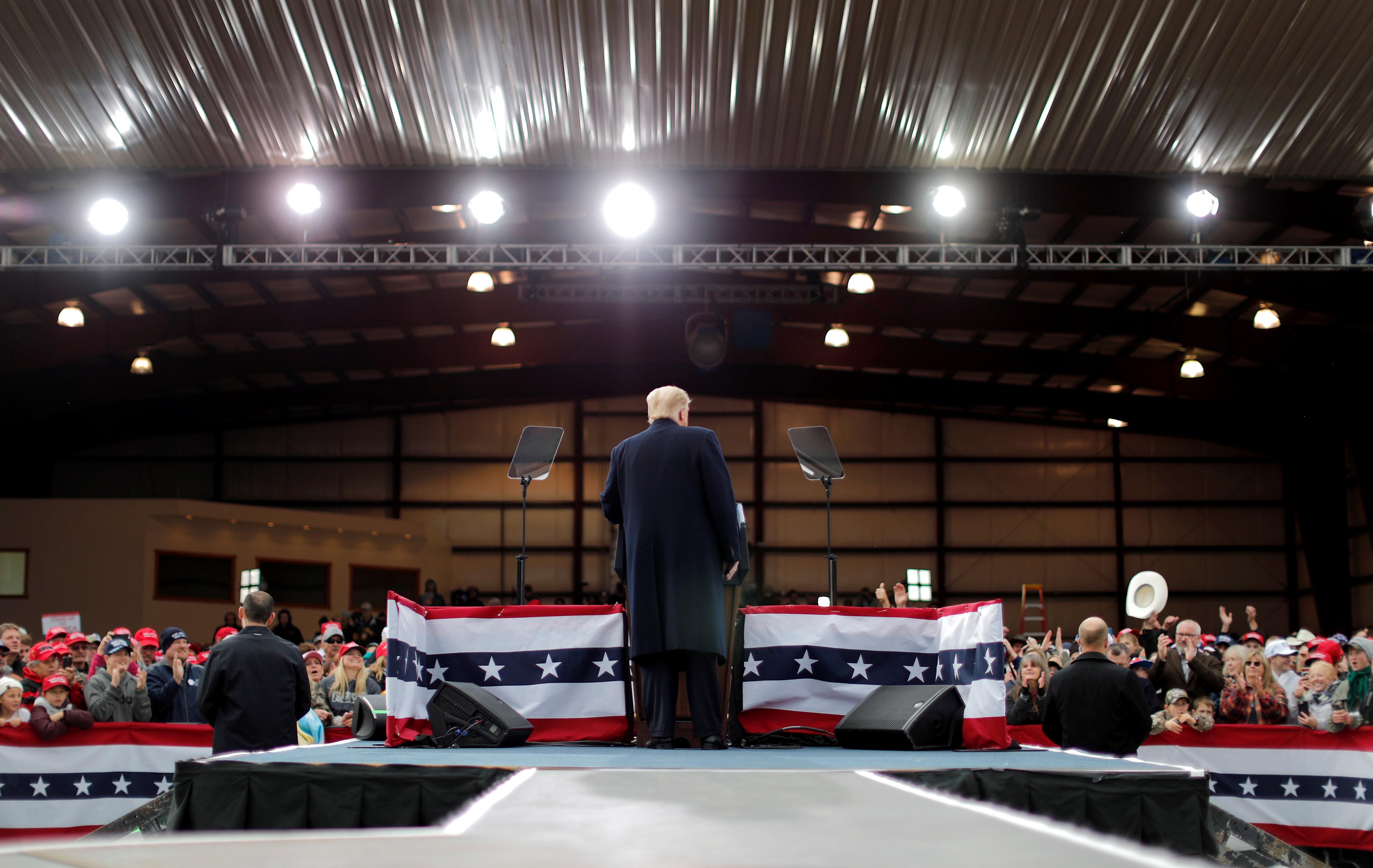