WASHINGTON (Reuters) – U.S. President Donald Trump said on Sunday he was in “very good” health after undergoing the first phase of an annual medical check the previous day. 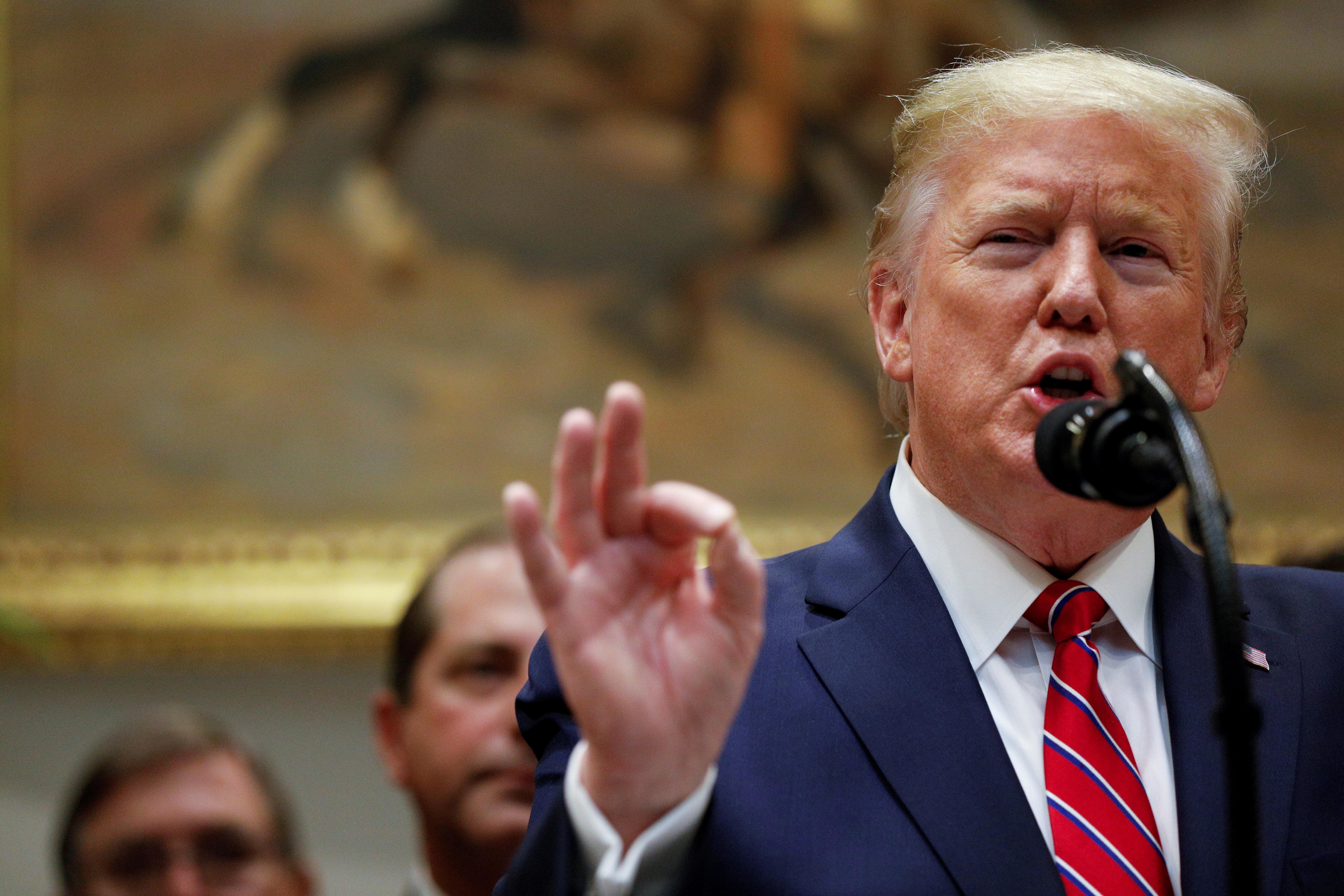 Trump tweeted that he had the first phase of checks at the Walter Reed National Military Medical Center in Washington. “Everything very good (great!). Will complete next year,” he said.

The White House said on Saturday that Trump had undergone a quick exam and some laboratory tests.

“Anticipating a very busy 2020, the President is taking advantage of a free weekend here in Washington, D.C., to begin portions of his routine annual physical exam at Walter Reed,” White House Press Secretary Stephanie Grisham said in a statement.

Asked on Sunday about rumors the president was visiting for reasons other than a routine checkup, Grishamn said: “Absolutely not. He is healthy as can be.”

In her statement Saturday, Grisham said Trump also visited the medical staff and thanked them for their care of wounded service members, and met with the family of a special forces soldier injured in Afghanistan.

“The President remains healthy and energetic without complaints, as demonstrated by his repeated vigorous rally performances in front of thousands of Americans several times a week,” Grisham said.

She provided no details about the exam or laboratory tests that Trump underwent during his ninth visit to the medical center.

The president’s unexpected and unscheduled trip to the medical center triggered questions on social media since it came months before the annual physical has been carried out in the past.

In a tweet, Grisham decried the questions as irresponsible.

“Seems to be a lot more fun for people/some reporters to speculate & spread irresponsible/dangerous rumors,” she said.

The White House typically determines what data will be released from the president’s health exam. Trump is not compelled to release any information, and there is no template for the presidential exam.

In February, Trump was declared “in very good health” by the White House physician after hours of examinations.

Trump, known for his love of hamburgers and well-done steaks and an aversion to the gym, gained weight from his physical in 2017, pushing his body mass index into the obese category.

Trump attacks another witness in impeachment probe on Twitter

Brexit bombshell: Boris Johnson told it ‘may be possible’ to prorogue Parliament