President Donald Trump will receive a royal welcome when he sets foot in the UK next week. The Queen will honour Mr Trump and his First Lady Melania with a special banquet at Buckingham Palace. The symbolic visit aims to strengthen ties between the UK and the USA ahead of Brexit. While UK Prime Minister Theresa May has now set a date for her departure, President Trump will her for bilateral talks at Downing Street on June 4.

When Mrs May first invited Trump to the UK following his 2016 election, she hoped to get him on side on Brexit and a future UK-US trade deal.

But the President’s state visit has been delayed for two years and in that time the Brexit stalemate has dominated UK politics and relationships between the two nations have cooled.

Relationships between the UK and the Trump administration are more tentative than ever because of two key issues, a political expert has claimed. 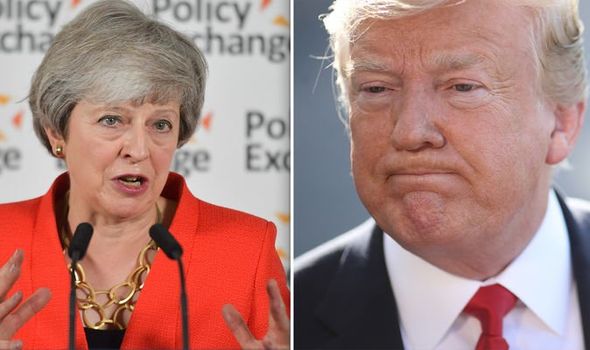 Will Trump offer the UK a post-Brexit trade deal while he’s in Britain?

Director of foreign policy at the Centre for European Reform, Ian Bond, has claimed there are two key reasons Trump won’t be offering the UK a post-Brexit trade deal on this trip.

Mr Bond believes the UK and the US’s conflicting stances of Chinese tech firm Huawei could put a trade deal on ice.

Mr Bond said: “Traditionally, the UK would use a state visit by a US president to reinforce the important bilateral defence and security ties that make the special relationship special.

“But there are tensions in this area too, over two issues in particular.

“The first is the possibility of the Chinese firm Huawei providing equipment for the UK’s planned 5G communications network.

“It is not yet clear what UK policy on this will be. A leak from the UK’s National Security Council, which led May to fire Defence Secretary Gavin Williamson, suggested that the UK was willing to let Huawei supply equipment regarded as ‘non-core’, such as antennae.

“The US has so far taken a very firm line with its allies: Robert Strayer, Deputy Assistant Secretary of State for Cyber, International Communications and Information Policy, said in London on April 29th that if countries allowed Huawei and other “untrustworthy vendors” into any part of the 5G network “we will have to reassess the ability for us to share information and be connected with them in the ways that we are today”. 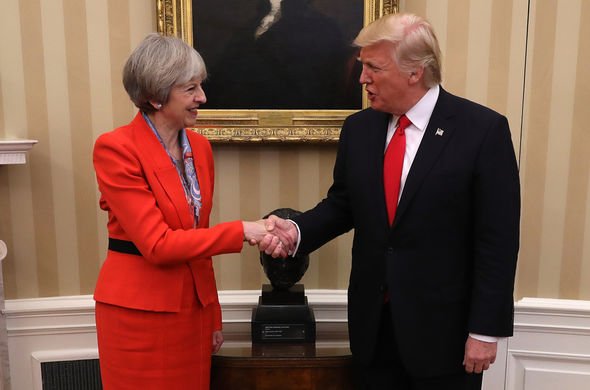 Secondly Mr Bond believes Mr Trump’s apparent belief that British intelligence was involved in a plot against his election is another factor impeding a trade deal.

“Trump revived the story in April 2019 in a tweet, adding “WOW! It is now just a question of time before the truth comes out, and when it does, it will be a beauty!”.

“Though GCHQ has issued highly unusual on-the-record denials, describing the allegations as “nonsense… utterly ridiculous and should be ignored”, the idea that British intelligence has attacked him is clearly lodged in Trump’s mind.

“That might make him more receptive to the argument that a country that also gave the Chinese government an opportunity to spy on the US was no longer a worthy intelligence ally.”

While a post-Brexit trade deal with the US might not be on the table just yet, UK officials will still use the trip as a chance to keep the US president on side.

Mr Bonda said: “Whether Brexit ultimately happens or not, the US is likely to remain the UK’s biggest trade and investment partner outside Europe. And it will remain vital to the UK’s defence and security.” 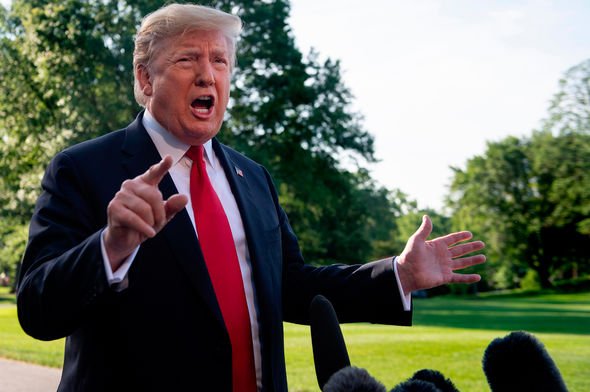 Mr Trump’s right-hand man and US Secretary of State Mark Pompeo will join the President while he’s in Britain.

All of Mr Trump’s grown-up children, and his wife Melania, will also come along for the trip.

Mr Trump’s decision to bring his family with him is thought to have been prompted by his personal connection with the UK.

Mr Trump’s mother Mary was born in Scotland and Donald has a soft spot for the region.