WASHINGTON (Reuters) – U.S. President Donald Trump’s impeachment trial began in earnest in the Senate on Tuesday, with his chief legal defender attacking the case as baseless and a top Democratic lawmaker describing overwhelming evidence of wrongdoing.

Democrats have called on the Republican-controlled Senate to remove Trump from office for pressuring Ukraine to investigate former Vice President Joe Biden, a political rival, and then obstructing an inquiry into the matter.

Trump, who was impeached last month by the Democratic-led House of Representatives on charges of abusing power and obstructing Congress, denies any wrongdoing and describes his impeachment as a partisan hoax to derail his 2020 re-election.

White House counsel Pat Cipollone, who is leading Trump’s defense, attacked the foundation of the Democrats’ charges against the Republican president and said they had not come close to meeting the U.S. Constitution’s standard for impeachment.

“The only conclusion will be that the president has done absolutely nothing wrong,” Cipollone said as he argued in favor of McConnell’s proposal to decide on whether to allow further witnesses or documents later in the trial.

“There is absolutely no case,” he said.

Democratic Representative Adam Schiff, who helped spearhead the House impeachment inquiry, summarized the charges against Trump and said the Republican president had committed a “trifecta of constitutional misconduct justifying impeachment.”

Schiff said that although the evidence against Trump was “already overwhelming,” further witness testimony was necessary to show the full scope of the misconduct of the president and those around him.

McConnell unveiled a plan on Monday for what would be a potentially quick trial without new testimony or evidence. It would give House Democratic prosecutors and Trump’s lawyers 48 hours, evenly split, to present their arguments over four days.

That plan has now been changed to give each side three days of opening arguments over two 24-hour periods. The rules also will allow the House’s record of the impeachment probe admitted as evidence in the trial, as Democrats had demanded.

A spokesman for McConnell said the changes were made after discussions in a closed-door lunch for Republican senators on Tuesday.

Democrats had accused McConnell of trying to rig a trial with proposed rules that they said would prevent witnesses from testifying and bar evidence gathered by investigators.

McConnell has repeatedly said the rules would mirror those the Senate used in the 1999 impeachment of then-President Bill Clinton, a Democrat. Republican senators have not ruled out the possibility of further witness testimony and evidence.

With a two-thirds majority needed in the 100-member Senate to remove Trump from office, he is almost certain to be acquitted by fellow Republicans in the chamber.

But the impact of the trial on his re-election bid is far from clear.

Democrats accuse Trump of pressuring Ukraine, a vulnerable ally, to interfere in U.S. elections at the expense of American national security and say he needs to be removed from office because he is a danger to American democracy.

Trump and his legal team say there was no pressure and that the Democrats’ case is based on hearsay. They say the president did nothing wrong and that Democrats are simply trying to stop him from being re-elected.

Cipollone has described the Ukraine investigation as an illegal attempt to remove a democratically elected president.

The Senate trial is expected to continue six days a week, Monday through Saturday, until at least the end of January. 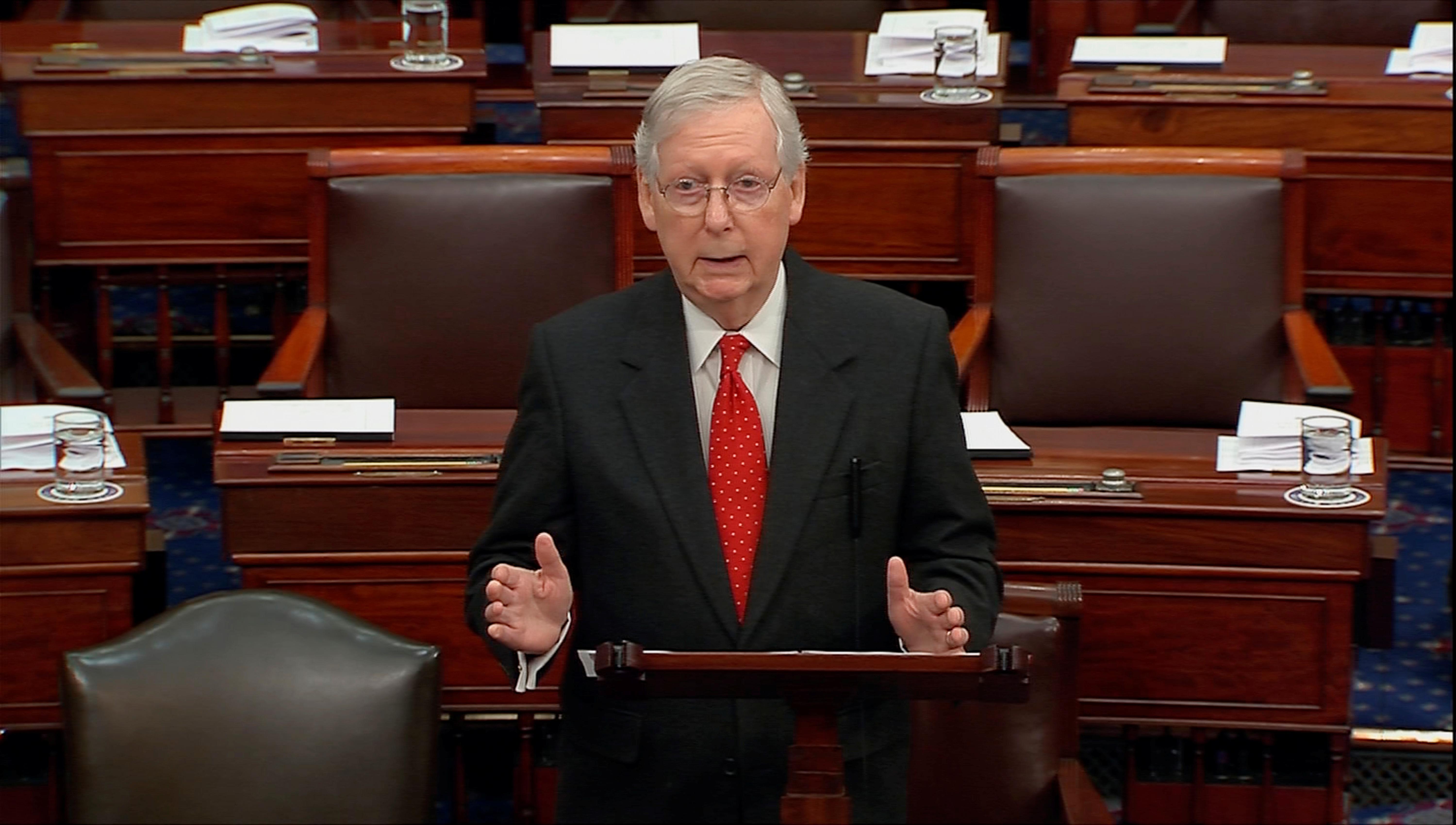 Trump has sought to rally his base with the impeachment issue, fund-raising off it. At raucous election rallies he has painted himself as the victim of a witch hunt.

Televised congressional testimony from a parade of current and former officials who spoke of a coordinated effort to pressure Ukraine to investigate the Bidens has done little to change support for and against Trump’s impeachment. Reuters/Ipsos polling since the inquiry began shows Democrats and Republicans responding largely along party lines.

According to a Reuters/Ipsos opinion poll conducted Jan. 13-14, 39% of U.S. adults approved of Trump’s job performance, while 56% disapproved. It also found 45% of respondents said Trump should be removed from office, while 31% said the impeachment charges should be dismissed.

The impeachment drama has consumed much of Trump’s attention even as the United States faces a series of international challenges, including tensions with Iran that nearly boiled over into open war and an on-again, off-again trade war with China.

Trump is attending the annual gathering of world business leaders in Davos, Switzerland, on Tuesday to project an air of business as usual and tout the strength of the U.S. economy.

Asked whether Trump was planning to watch the trial from Davos, White House press secretary Stephanie Grisham said, “He has a full day here in Davos, but will be briefed by staff periodically.”

The trial of a U.S. president could be freighted with drama, huge political risk and the potential unraveling of a presidency. But financial markets have shrugged it off, and the revelations in the months-long impeachment investigation thus far have done little to boost anti-Trump sentiment among undecided voters or shift away moderate Republican voters.

This is only the third impeachment trial in U.S. history. No president has ever been removed through impeachment, a mechanism the nation’s founders – worried about a monarch on American soil – devised to oust a president for “treason, bribery or other high crimes and misdemeanors.”

A pivotal event in the impeachment case is a July 25 phone call in which Trump asked Ukrainian President Volodymyr Zelenskiy to investigate the Bidens and a discredited theory that Ukraine, not Russia, meddled in the 2016 election.

Hunter Biden had joined the board of Ukrainian energy company Burisma while his father was vice president. Trump has accused the Bidens of corruption without offering evidence. They have denied wrongdoing.

Democrats said Trump abused his power by initially withholding $391 million in Ukraine security aid intended to fight Russia-backed separatists, and a coveted White House meeting for Zelenskiy, to pressure Ukraine to announce the investigations of the Bidens. Trump’s legal team says there is no evidence that the aid was a condition for receiving help. 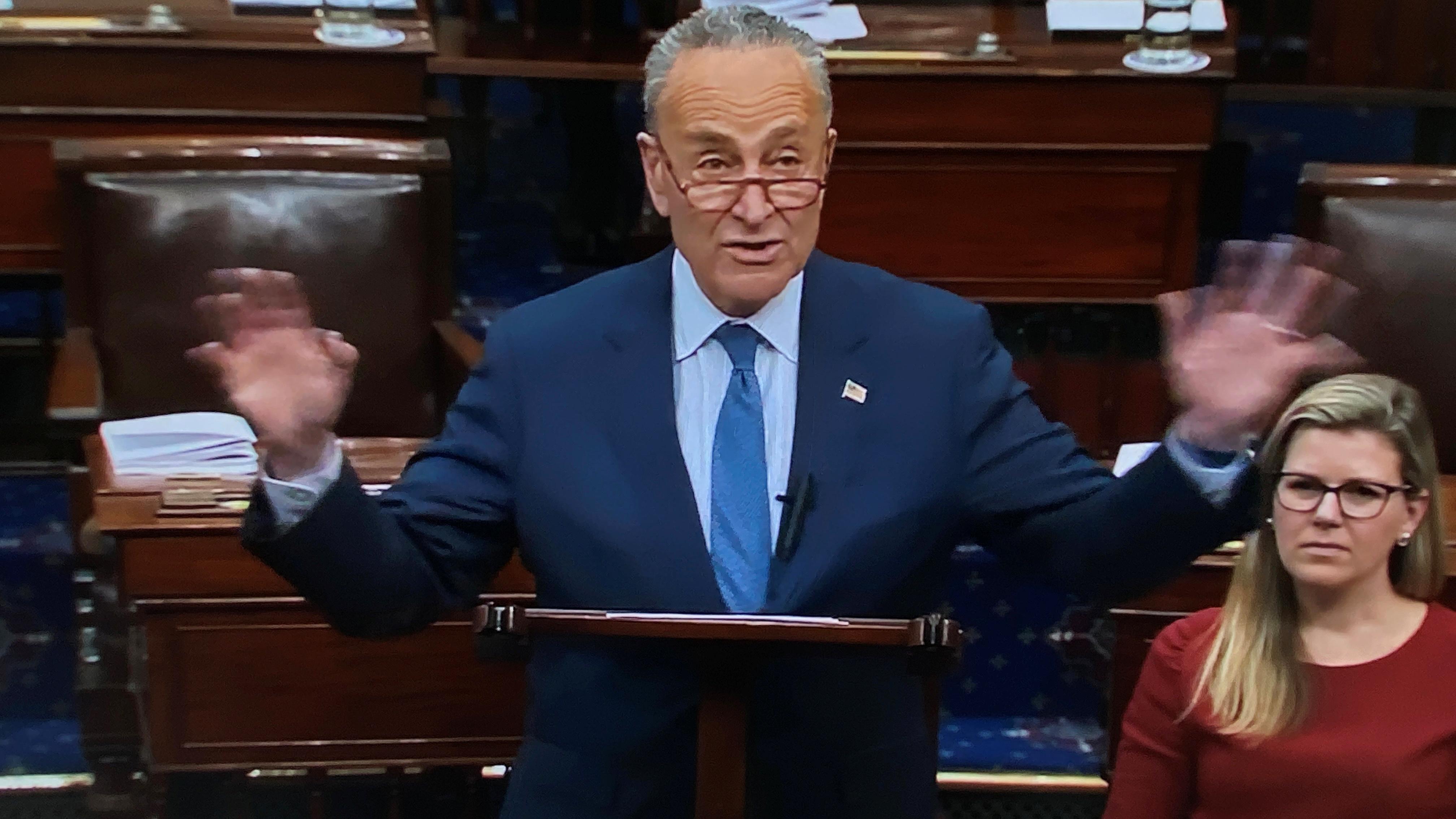 The obstruction of Congress charge relates to Trump directing administration officials and agencies not to comply with House subpoenas for testimony and documents related to impeachment.

(Graphic: How Trump’s impeachment timeline compares to past processes, here)