Home » Politics » Truss’s day out: Liz all smiles at Commonwealth Games with family after brutal week 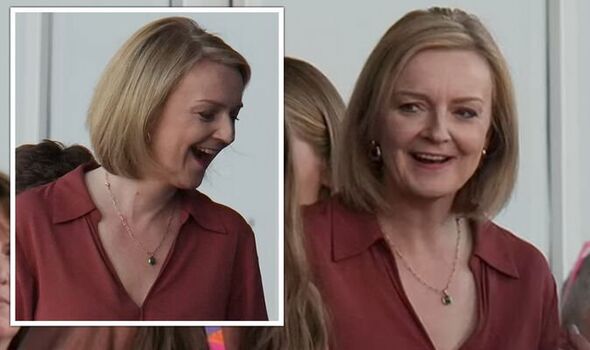 The Foreign Secretary was seen watching on at the Alexander Arena alongside her teenage daughters Frances, 16, and Liberty, 13 as they took in the action on the athletics track. Ms Truss’ husband Hugh O’Leary, who she married in 2000, was spotted while Andy Street with her while Andy Street, a Conservative party politician and West Midlands Mayor, also joined them.

“She’s done a computing GCSE so she’s helping out on that. And my younger daughter was there as well, giving general political advice.”

Later on Saturday, the Foreign Secretary called on the Tories to “unite” to take on Sir Keir Starmer and the Labour Party as she continues to gain support from current and former Cabinet ministers.

On Thursday, Kay Burley slammed the Tory leadership candidate for her constant U-turning on policies, asking her if the “real Liz Truss will please stand up”.

Sky News host Ms Burley brought up the Foreign Secretary’s apparent U-turns on a number of areas – including Brexit, Ukraine, the green belt, civil servant’s pay, the abolition of the monarchy, and whether or not to arm Taiwan.