Home » Politics » U.S. Ambassador to the EU Sondland to testify in impeachment probe as tension mounts

WASHINGTON (Reuters) – U.S. Ambassador to the European Union Gordon Sondland will testify on Thursday before the congressional committees leading an impeachment inquiry of President Donald Trump, amid growing tension between Democrats and the White House about the probe. 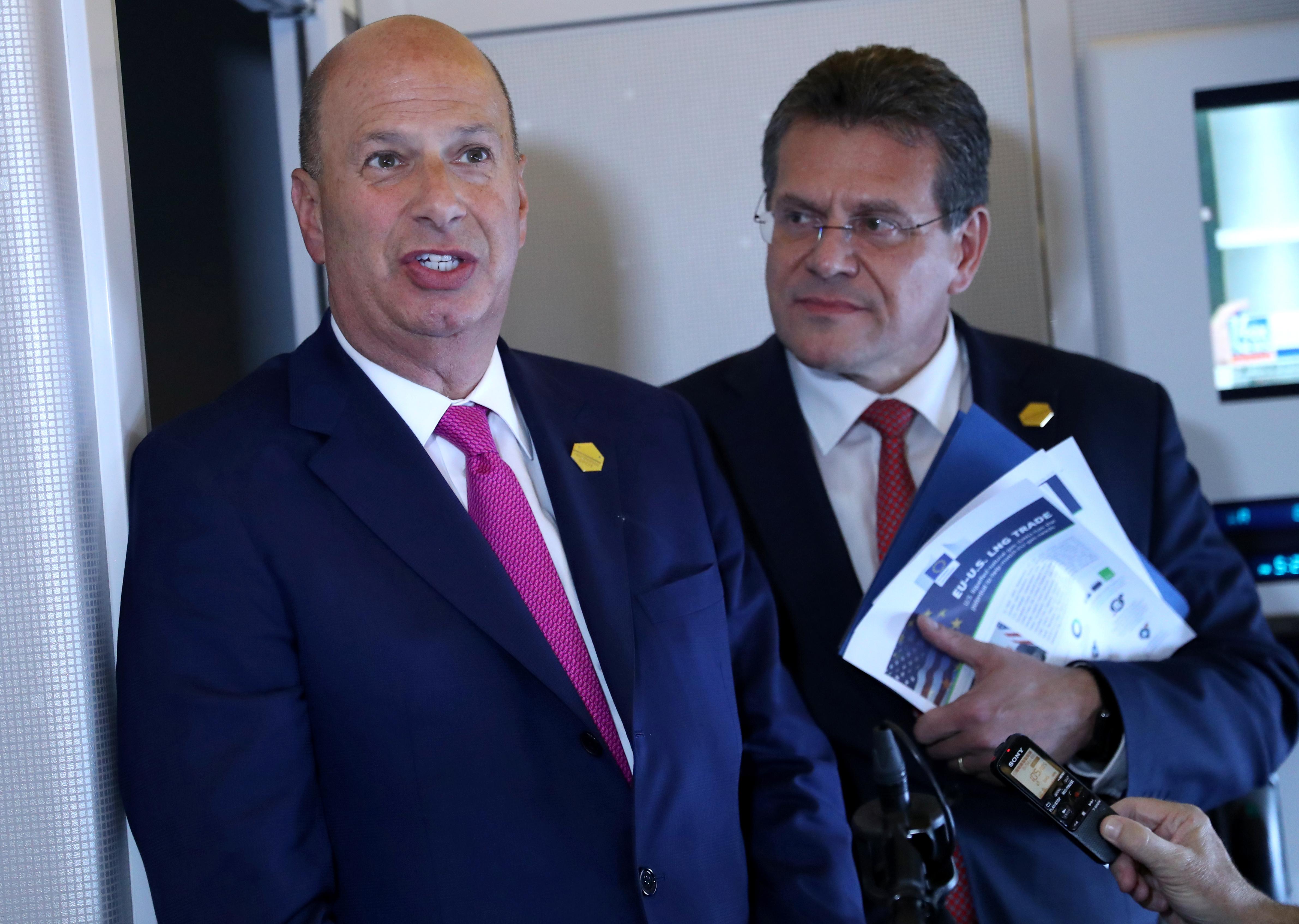 Sondland is the latest witness to speak to lawmakers about his knowledge of efforts by Trump to urge Ukraine to investigate former Vice President Joe Biden, a top candidate for the 2020 Democratic presidential nomination, and allegations the president withheld hundreds of millions of dollars in military aid to Ukraine as part of that effort.

Sondland intends to tell Congress that he had no independent knowledge about why security aid was suspended and that he sent a colleague a text message that there was “no quid pro quo” after speaking to Trump, according to a person familiar with his testimony.

The Ukraine controversy sparked an impeachment probe by the Democratic-controlled House of Representatives that could, if Republicans withdraw their support for the president, lead to Trump’s removal from office.

The Republican-controlled Senate would have to convict Trump in a trial for him to be removed. Trump has said he did nothing improper and Republicans have largely backed him.

Sondland’s testimony could be key to the process.

The ambassador to the EU exchanged a series of text messages with William Taylor, the U.S. charge d’affaires in the Ukrainian capital, that have become central to the question of whether Trump withheld aid as a bargaining chip to encourage Ukraine’s president, Volodymyr Zelenskiy, to look into Biden and his son Hunter, who served on the board of a Ukrainian gas company.

Trump asked Zelenskiy in a phone call to conduct such an investigation and he froze nearly $400 million in U.S. military assistance to Ukraine shortly before they spoke.

“I think it’s crazy to withhold security assistance for help with a political campaign,” Taylor said in a text to Sondland.

“The President has been crystal clear no quid pro quo’s of any kind,” Sondland responded by text after speaking to Trump. Quid pro quo is a Latin term meaning a favor for a favor.

Sondland was initially scheduled to testify before the House of Representatives committees last week, but the State Department blocked him from appearing.

The committees in turn issued a subpoena, and Sondland’s attorneys said he would comply.

Trump has increasingly lashed out at Democrats for conducting the probe, and tensions erupted on Wednesday during a meeting at the White House with congressional leaders in which Trump called Democratic House Speaker Nancy Pelosi a third-rate politician.

Sondland was a Trump political donor and critics have questioned why he was involved with Ukraine as the ambassador to the EU, of which Ukraine is not a member.

In an Aug. 13 text exchange, Sondland discussed with Kurt Volker, the former U.S. special envoy to Ukraine, a proposed statement by Ukraine that it would investigate Burisma, an energy company, and the 2016 U.S. elections.

Hunter Biden was a member of Burisma’s board and Trump’s personal lawyer, Rudy Giuliani, has pursued unsubstantiated allegations that Joe Biden in 2016 pushed for the firing of Ukraine’s then-chief prosecutor to stop him from investigating the firm.

In his testimony, Sondland is expected to assert that he did not know that the Burisma probe meant an investigation of the Bidens, and that he believed the 2016 election probe referred to the hacking of the Democratic National Committee’s computer servers, the person familiar with his testimony said.

A discredited right-wing conspiracy theory holds that a U.S. cybersecurity firm fabricated a report blaming Russia and that the servers were moved to Ukraine. The U.S. intelligence community has concluded that Russia hacked the servers as part of an influence campaign to swing the 2016 vote to Trump, a finding supported by a bipartisan Senate Intelligence Committee report last week.

The texts show that Sondland was aware that Zelenskiy was being asked to agree to investigations in return for a White House meeting with Trump. Zelenskiy has said he did not feel pushed about the issue.

In a Sept. 1 exchange with Sondland, Taylor said: “Are we now saying that security assistance and White House meeting are conditioned on investigations?”

Sondland texted back: “Call me.”

Other developments are also adding pressure to the president.

Last week, two foreign-born Florida businessmen with ties to Giuliani were arrested on charges they illegally funneled money to a pro-Trump election committee and other U.S. political candidates. Giuliani has said the two men, Ukraine-born Lev Parnas and Belarus-born Igor Fruman, worked with him in Ukraine to investigate the Bidens.

Two other U.S. businessmen, David Correia and Russian-born Andrey Kukushkin, were also arrested in the case and are expected to appear in federal court in Manhattan on Thursday. Parnas and Fruman are expected to make their first Manhattan court appearances next Wednesday.

The Trump effect? U.S. midterm voter slump on the rebound