Its caretaker government rolled out a series of new measures to combat the threat posed by the variant that ravaged Britain and now believed to be circulating on the Continent. Prime minister Mark Rutte said: “We’re getting out of this, but first we have to brace ourselves again now that more contagious variants are coming our way.” In an announcement, the Hague said it would introduce “additional travel restrictions and no-fly zones”.

A statement said: “The government is taking extra measures to prevent the importing of new virus variants via travellers and to further limit the number of travel movements.

“The United Kingdom is subject to a flight ban and a docking ban for ferries.

“This no-fly zone will apply for the time being for a maximum of one month, or until the proposed mandatory quarantine for travellers is legally regulated.” 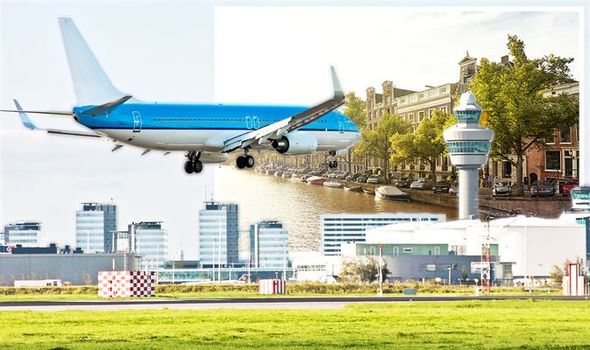 The Dutch government has also imposed the country’s first nationwide curfew since the Second World War.

The restrictions are set to be approved by the parliament later today.

The measures are expected to face significant opposition with Covid cases seemingly falling across the Netherlands.

Mr Rutte said: “This is a very tough measure, but we are at a crossroads.

“The British variant doesn’t leave us with an alternative.”

The flight ban will take effect on Saturday, and covers areas were new mutant strains have emerged from.

Dutch health minister Hugo de Jonge said the British variant will “take over completely” by March or April because it is at least 30 percent more infectious.