The wife of Ukraine’s President Volodymyr Zelensky is to attend the funeral of Queen Elizabeth II on Monday. In a powerful symbol of the UK’s unity with the war-torn country, First Lady Olena Zelenska is among the 500 heads of state and dignitaries set to attend Westminster Abbey.

It will be only the second time Ms Zelenska has left Ukraine since Russia’s invasion in February.

The Ukrainian President is understood to have been given a seat himself, but chose not to attend while his soldiers were still fighting.

Russia will not be represented at the funeral, with President Putin and his ambassador refused an invite for the historic occasion.

A source told The Sun said: “Olena Zelenska’s presence is yet another sign of the global support for Ukraine while Russia is isolated. 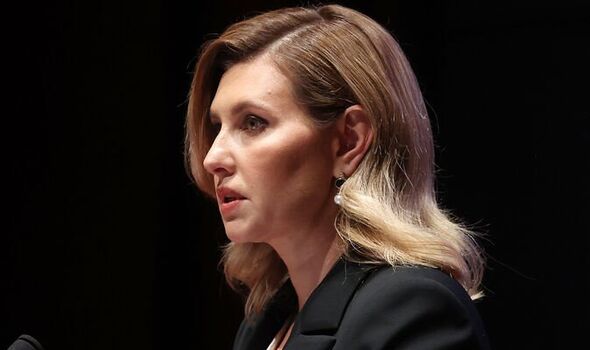 “Britain is one of Ukraine’s staunchest allies.

“Her presence at the funeral is a sign of that friendship and mutual respect.”

Just last month Her Majesty sent a heartfelt message of support to the people of Ukraine in wake of the invasion.

In a statement to mark the 31st anniversary of Ukraine breaking free of the Soviet Union, she said she looked forward to “better times in the future” for the country.

Acknowledging Ukraine was living through its “most challenging year”, she said: “It gives me great pleasure to send Your Excellency and the people of Ukraine my warmest greetings on the celebration of your Independence Day.

“In this most challenging year, I hope that today will be a time for the Ukrainian people, both in Ukraine and around the world, to celebrate their culture, history and identity.

“May we look to better times in the future. Elizabeth R.”

Brexit LIVE: Boris Johnson puts chance of deal at 30% – and the problem is NOT fish quotas