Anushka Asthana explained on ITV’s Peston how Leonardo Carella’s voting breakdown would give Boris Johnson cause for concern. Mr Carella is a researcher at Oxford University and he has lined up the British political parties in voting blocks. Ms Asthana said: “We all know that this election is going to be complicated but I’ve got some great geekery for you from Oxford researcher Leonardo Carella.

“To try and understand some of the forces in play he decided to look at this election through the prism of Remain vs Leave.

“This is a simplification but it is useful for looking at trends.

“Carella has lined up the parties in voting blocks.”

The Tories and Brexit Party are on the right side and those who are offering to stop Brexit or have a referendum on the left side. 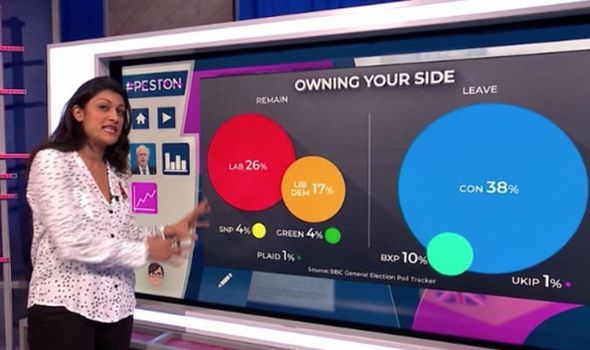 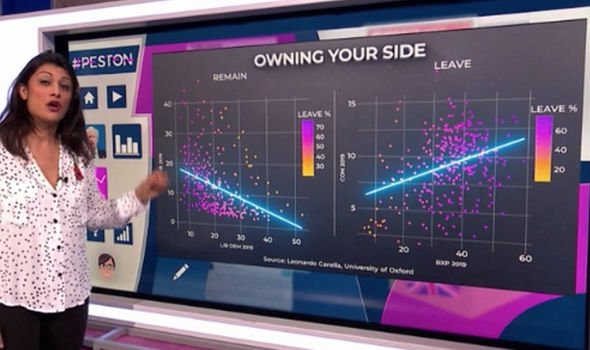 She continued: “What you can immediately see is that the Remain side is much more dived than the Leave one.

“Labour is much more squeezed by these parties than the Conservatives have been so clearly that is a big advantage to Boris Johnson.

“But what is also shown is a big risk for the Prime Minister.”

Carella has looked at this year’s European elections and tracked where the votes for different parties came from. 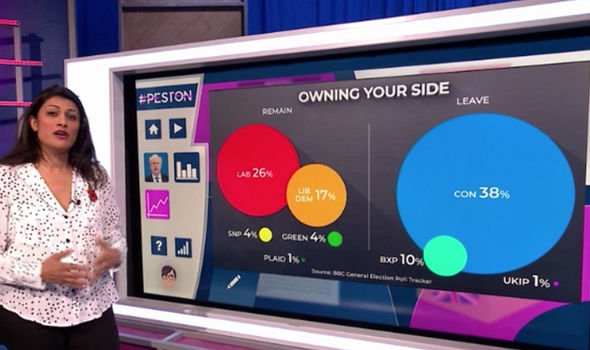 The ITV presenter explained: “Over here we have the Brexit Party vote and the Conservative vote and what this shows is they are positively correlated.

“Where one of the parties is strong so is the other one.

“But the Liberal Democrats and Labour vote are negatively correlated.

“Their votes are stronger in different areas. 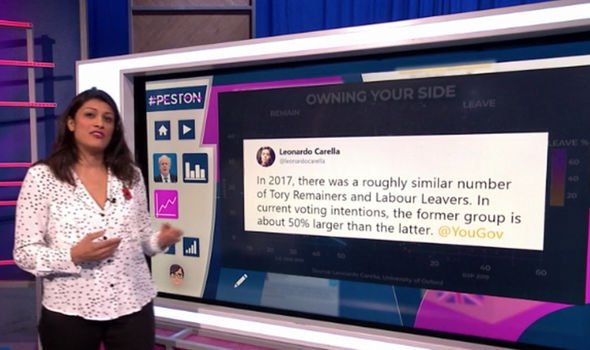 “That becomes even more pronounced when you add in the SNP.”

But in reality, a minority of Remainers will vote Tory.

According to Mr Carella Boris Johnson is doing a better job of retaining the support of Remainers than Jeremy Corbyn is doing with Leave voters.

Trump forced to play defense in swing states like Iowa