RICHMOND, Va. (Reuters) – Virginia Lieutenant Governor Justin Fairfax faced a second accusation of sexual assault on Friday, when a woman accused him of raping her when they were fellow students at Duke University, adding to the chaos that has engulfed the state’s top three elected officials.

Fairfax denied both accusations as a “coordinated smear campaign.” He called the latest allegation “demonstrably false,” and vowed he would not step down.

Fairfax, 39, is first in line to succeed the state’s embattled governor, Ralph Northam, a fellow Democrat under fire for admitted racially offensive behavior in 1984.

Northam, who has resisted mounting pressure to resign since he became embroiled in his own scandal a week ago, indicated in an earlier email message on Friday to state employees that he planned to remain in his post.

“You have placed your trust in me to lead Virginia forward – and I plan to do that,” said Northam, 59, who had stayed almost entirely out of the public eye and the media since holding a news conference on Saturday to address the racial controversies that sparked Virginia’s political crisis.

In a statement from his spokeswoman, Fairfax said he has “never forced myself on anyone ever” and demanded a “full investigation into these unsubstantiated and false allegations.”

“I will clear my good name and I have nothing to hide,” he wrote, branding the allegations as part of a “vicious and coordinated smear campaign … being orchestrated against me.” He concluded by declaring: “I will not resign.”

The woman who made the new accusation, identified as Meredith Watson, was “reluctantly coming forward out of a strong sense of civic duty and her belief that those seeking or serving in public office should be of the highest character,” the law firm that is representing her said in a statement.

The firm, New Jersey-based Smith Mullin, said the alleged assault occurred in 2000. Watson is “not seeking any financial damages,” and her attorneys had notified Fairfax through his lawyers “that Ms. Watson hopes he will resign from public office,” the firm said in its statement.

The latest accusation deepened a political upheaval in Virginia that began with the revelation last Friday that Northam’s medical school yearbook page contained a racist photo. That was followed by admissions from Northam and the state’s attorney general, Mark Herring, 57, that each had darkened their faces during the 1980s to imitate black performers, a practice widely considered to be racist.

Should all three men be forced to resign, Democrats would lose the governorship to the state’s Republican speaker of the House of Delegates, who is third in the line of succession, after Fairfax and Herring.

The Smith Mullin statement said the alleged attack on Watson “was premeditated and aggressive,” while also saying Fairfax and Watson “were friends but never dated or had any romantic relationship.”

The law firm said Watson had “shared her account of the rape with friends in a series of emails and Facebook messages that are now in our possession.” Additionally, the firm said it possessed statements from former classmates corroborating that Watson had immediately told friends about the alleged rape.

Calls for Northam’s resignation quickly escalated, following revelations last weekend about Northam’s 1984 blackface appearance and a racist photo on his yearbook page of two individuals – one in blackface and the other dressed in white robes of the Ku Klux Klan. Northam had originally admitted that he was one of the people in that photo, but later said that he was not.

Fairfax briefly seemed poised to succeed Northam to become the second African-American governor in Virginia’s history. But within days Fairfax was fending off a scandal of his own as the same conservative website that first disclosed Northam’s yearbook photo published oblique allegations that Fairfax had been accused of sexual assault.

On Wednesday, the woman in that case, Stanford University academic Vanessa Tyson, came forward to accuse Fairfax of having forced her to perform oral sex in a hotel room during the 2004 Democratic National Convention in Boston.

Fairfax insisted his encounter with Tyson was consensual but said she deserved to be treated with respect.

A number of Virginia’s Democratic politicians, including the state’s two U.S. senators and nine Democratic members of the state House of Representatives, had labeled the Tyson accusations as “disturbing,” though reaction was relatively muted compared with nearly universal calls for Northam’s resignation. 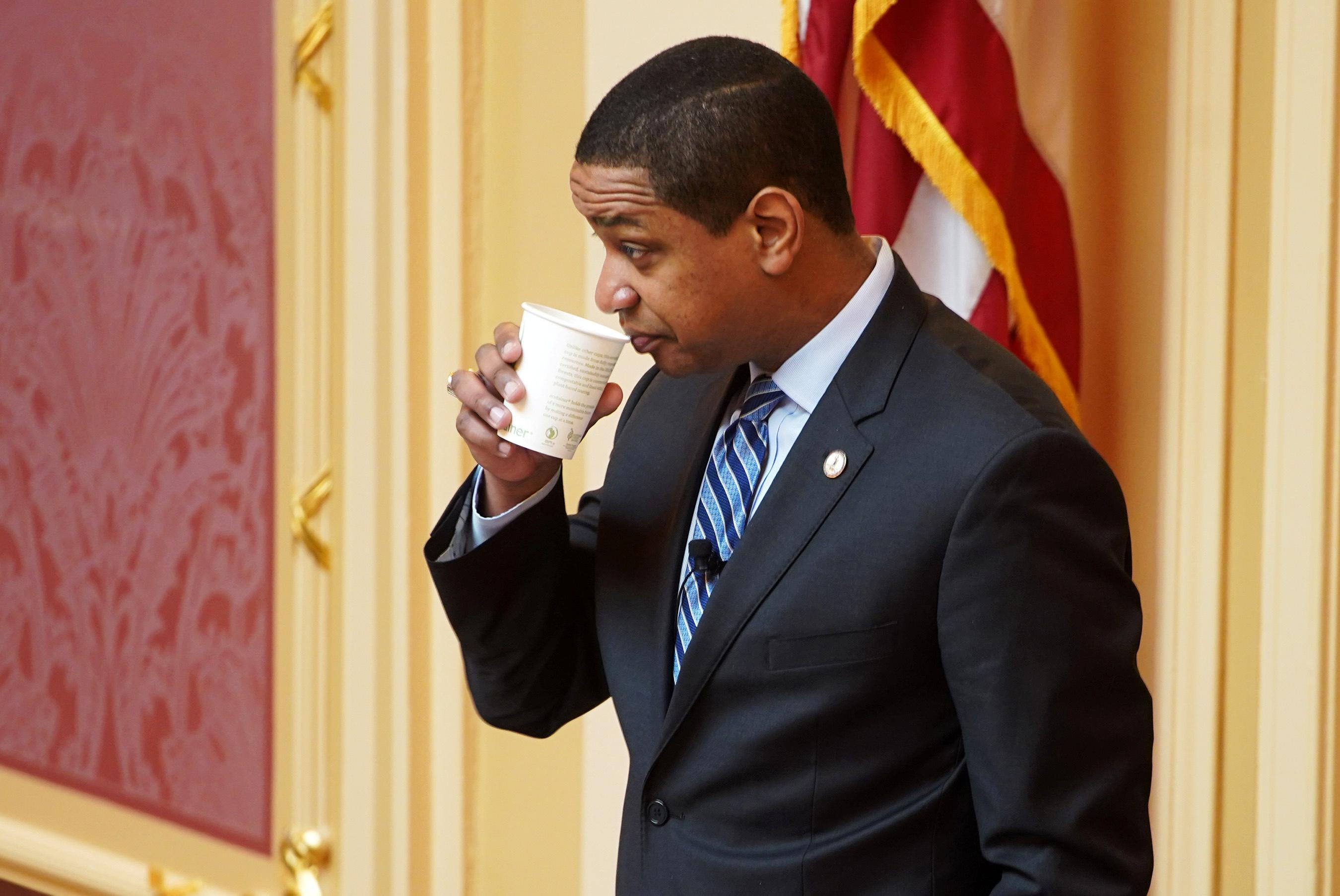 But within an hour of the new rape accusation on Friday, former Democratic Governor Terry McAuliffe called for Fairfax’s immediate resignation, saying the allegations “are serious and credible.”

In an apparent effort at mending fences with Virginia’s African-American population, Northam on Friday met privately with the president and founder of the National Black Farmers Association, John Boyd Jr., in Richmond, the state capital. Boyd told Reuters the two men prayed together and “we asked for forgiveness.”

Boyd, whose group says it represents 109,000 farmers across the country, said on Twitter afterward that he pledged his support to the governor and “urged him NOT to step down.”