(Reuters) – Health officials in Washington state said late Sunday that a nursing home resident had died after contracting coronavirus, while New York’s governor confirmed his state’s first positive case, as the virus moved out of its West Coast foothold.

The coronavirus, which emerged in China late last year, has decimated global markets as it quickly moves around the world. It appeared poised for a spike in the United States, in part because of more testing to confirm cases.

Trump administration officials worked Sunday to soothe nerves and calm fears that a global recession was looming, arguing that the public and media were over-reacting and saying that stocks would bounce back because the American economy was fundamentally strong.

The total number of confirmed cases in the United States is more than 75 with two reported deaths, both in Washington state. Globally there have been more than 87,000 cases and nearly 3,000 deaths in 60 countries, according to the World Health Organization.

In the United States, a cluster of cases is centered on a nursing home near Seattle.

The Seattle and King County public health department confirmed late Sunday that a man in his 70s who was a resident of the LifeCare long-term care facility in Kirkland and had coronavirus had died the day before.

On Saturday, the department had reported the first death of a coronavirus patient in the United States, a man in his 50s who was living in Kirkland – the same city where the nursing home is located. Six of the 10 confirmed coronavirus cases in Washington state have been residents or workers at LifeCare.

State officials said an additional 27 residents of the nursing home and 25 staff members were reporting symptoms of the virus, which can be similar to that of the common flu.

New York Governor Andrew Cuomo confirmed on Twitter his state’s first coronavirus case, a woman in her 30s who caught the virus during a recent trip to Iran and was now in home quarantine.

Cuomo did not say where the woman lived, but the New York Times reported she was in the Manhattan borough of New York City, citing state officials.

“The patient has respiratory symptoms, but is not in serious condition and has been in a controlled situation since arriving in New York,” Cuomo said.

Stock markets plunged last week, with an index of global stocks setting its largest weekly fall since the 2008 financial crisis, and more than $5 trillion wiped off the value of stocks worldwide.

A key energy conference in Houston that brings together oil ministers and energy firms was canceled on Sunday with the organizers of CERAWeek noting that border health checks were becoming more restrictive and companies had begun barring non-essential travel to protect workers. 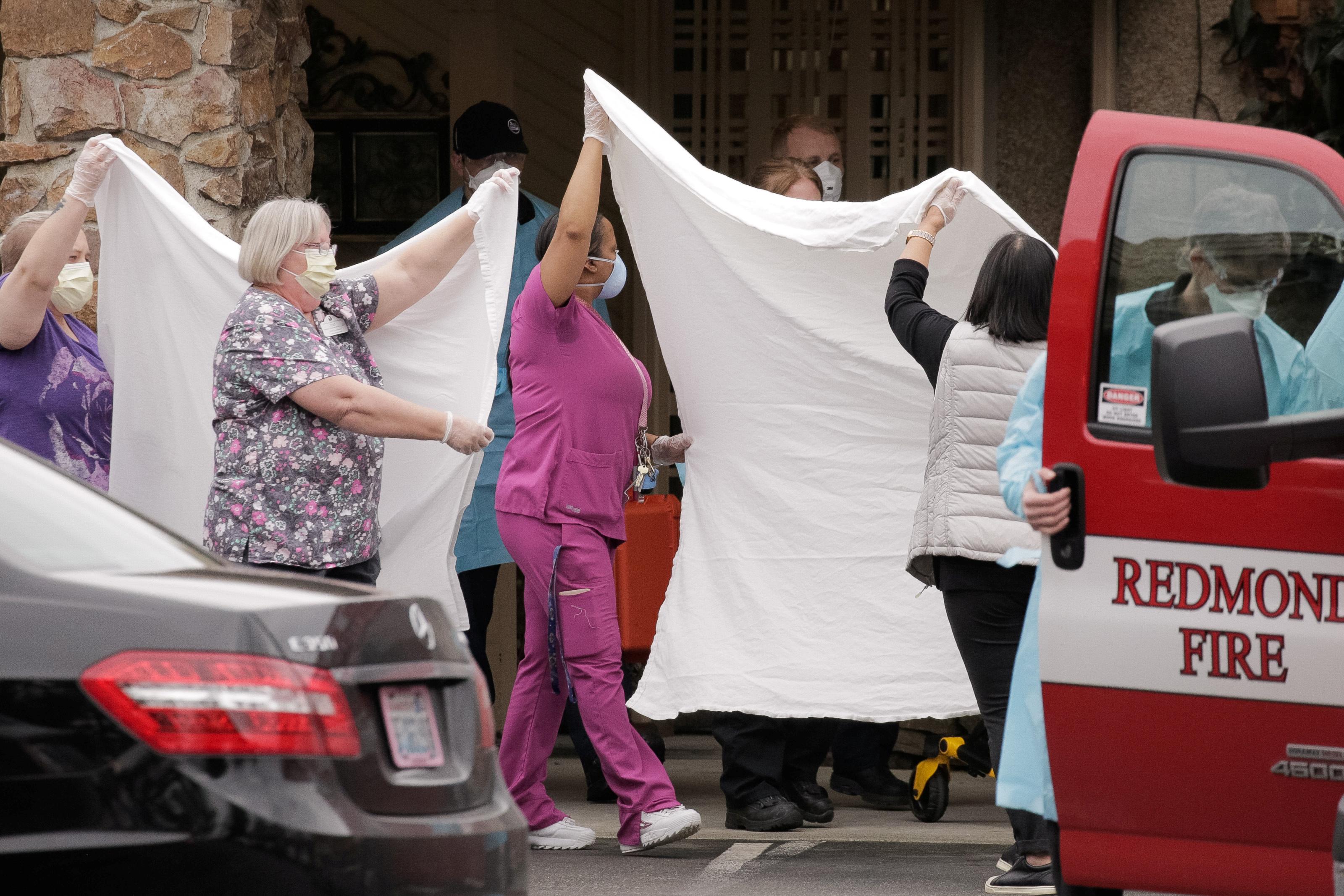 A world economy conference with Pope Francis due to take place in Italy later this month was also canceled.

Trump said on Sunday that travelers to the United States from countries at high risk of coronavirus would be screened before boarding and on arrival, without specifying which countries.

Delta Air Lines Inc said on Sunday it was suspending until May flights to Milan in northern Italy, where most of that country’s coronavirus cases have been reported. Flights will continue to Rome. American Airlines Group Inc announced a similar move late on Saturday.

The United States has 75,000 test kits for coronavirus and will expand that number “radically” in coming weeks, U.S. Health and Human Services Secretary Alex Azar told ABC’s “This Week” on Sunday.

Vice President Mike Pence, appointed last week to run the White House’s coronavirus response, said the government had contracted 3M Co to produce an extra 35 million respiratory masks a month. He urged Americans not to buy the masks, which he said were only needed by healthcare workers. Honeywell International Inc is the other major U.S. mask producer.

He also told Fox News that clinical trials of a coronavirus vaccine would start in six weeks but that a vaccine would likely not be available this season.

Democrats, who will challenge Trump for the presidency in the Nov. 3 election, have criticized his administration for downplaying the crisis and not preparing for the disease to spread in the United States. 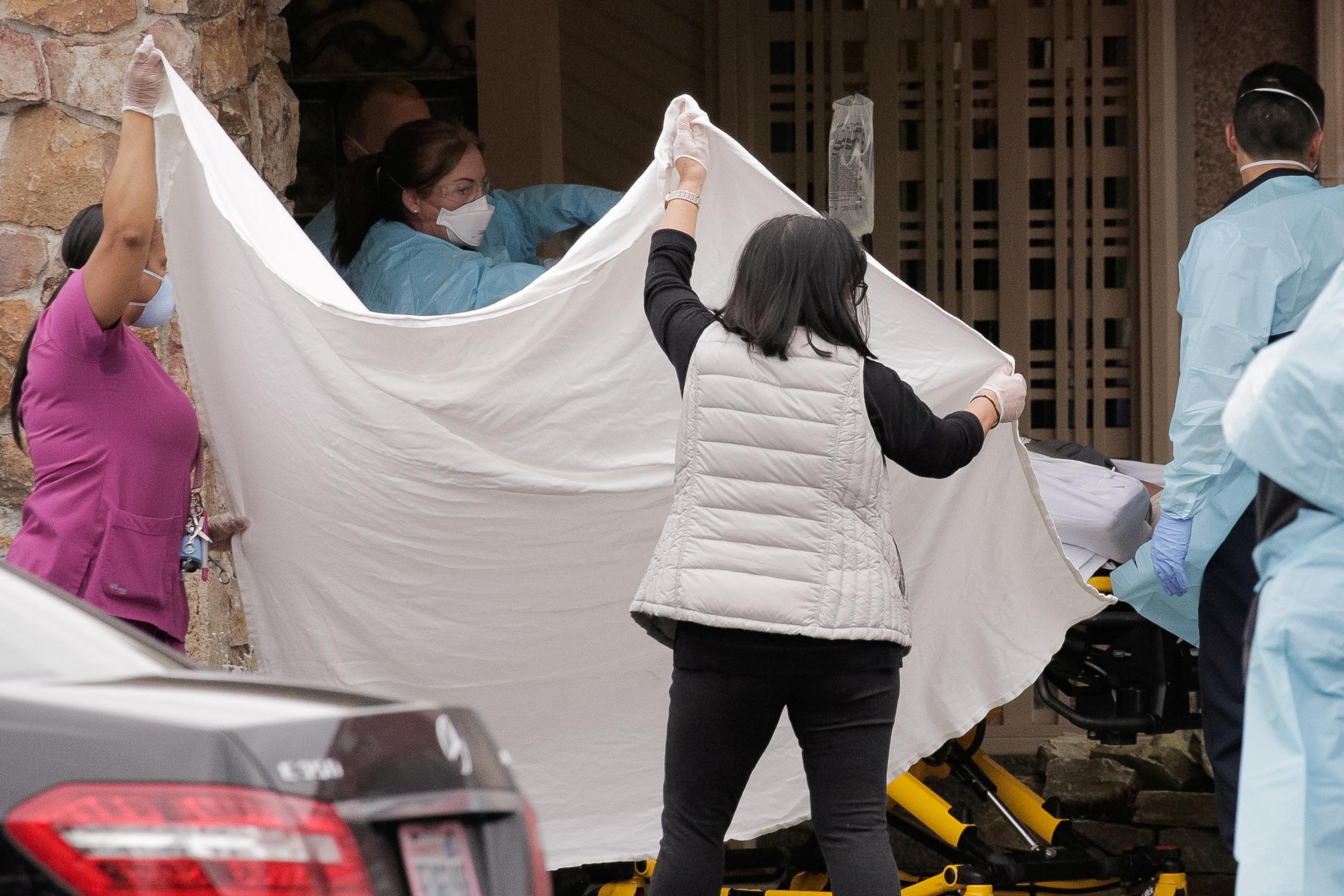 Pence said Americans should brace for more cases but that the “vast majority” of those who contracted the disease would recover.

“Other than in areas where there are individuals that have been infected with the coronavirus, people need to understand that for the average American, the risk does remain low. We’re ready,” Pence told NBC’s “Meet the Press.”

Trump Is Said to Be Preparing to Withdraw Troops From Afghanistan, Iraq and Somalia