WASHINGTON — The intelligence officer who filed a whistle-blower complaint about President Trump’s interactions with the leader of Ukraine raised alarms not only about what the two men said in a phone call, but also about how the White House handled records of the conversation, according to two people briefed on the complaint.

The whistle-blower, moreover, identified multiple White House officials as witnesses to potential presidential misconduct who could corroborate the complaint, the people said — adding that the inspector general for the intelligence community, Michael Atkinson, interviewed witnesses.

Mr. Atkinson eventually concluded that there was reason to believe that the president might have illegally solicited a foreign campaign contribution — and that his potential misconduct created a national security risk, according to a newly disclosed Justice Department memo.

An early portrait of the intelligence officer began to take shape on Wednesday as the White House released a rough log of a July 25 phone call between Mr. Trump and President Volodymyr Zelensky of Ukraine, the latest extraordinary revelation set off by the whistle-blower’s complaint.

This account is based on interviews with the two people and with lawmakers who were permitted to read the complaint late in the day, as well as on details revealed in a Justice Department memo explaining the Trump administration’s legal rationale for withholding the whistle-blower’s allegations from Congress before Mr. Trump relented this week. The White House did not respond to a request for comment.

Mr. Atkinson also found reason to believe that the whistle-blower might not support the re-election of Mr. Trump and made clear that the complainant was not in a position to directly listen to the call or see the memo that reconstructed it before it was made public, according to the Justice Department memo, which referred only to a single phone call between Mr. Trump and an unnamed foreign leader.

Instead, the officer heard about the call secondhand from unidentified White House officials who expressed concern that Mr. Trump had “abused his authority or acted unlawfully in connection with foreign diplomacy,” the memo said. Still, Mr. Atkinson concluded after an investigation that the information in the complaint was credible.

In their first public comments, lawyers for the whistle-blower said their client hoped to remain anonymous but wanted to continue to cooperate with lawmakers conducting oversight.

Mr. Trump had brought up American aid to Ukraine with Mr. Zelensky — without mentioning that at the time he was blocking delivery of a large military assistance package that Congress had approved to help it fend off Russian aggression — and suggested that Ukraine could be doing more to help the United States, the reconstructed transcript of the call indicated.

Mr. Trump then asked the Ukrainian president to investigate former Vice President Joseph R. Biden Jr. and his younger son, Hunter Biden. Mr. Zelensky agreed to have his incoming top prosecutor do so, while asking whether the United States had information to share. A previous top prosecutor in Ukraine said in May that the Bidens did nothing wrong.

Mr. Trump also pressed Mr. Zelensky to “do us a favor, though”: to use Attorney General William P. Barr’s help in opening an investigation of a company involved in the beginnings of the F.B.I. inquiry of Russia’s 2016 election interference. Both potential inquiries could benefit Mr. Trump politically.

But the two people said the whistle-blower complaint went beyond Mr. Trump’s comments to Mr. Zelensky. It also dealt in part with the unusual manner in which White House officials handled internal records describing the call. The atypical proceeding heightened internal concerns about the content of the call, the two people said.

Bowing to pressure, the Trump administration permitted members of the intelligence committees and congressional leaders to read a copy of the complaint, which remains classified, late on Wednesday.

Its allegations were “deeply disturbing” and “very credible,” Representative Adam B. Schiff, Democrat of California and the chairman of the Intelligence Committee, said after emerging from reviewing the complaint.

After reading it, Democrats on the House Intelligence Committee told reporters that it contained far more information that reinforced their mounting concerns. They could disclose very little, but several of the lawmakers said it discussed other witnesses.

“It was very well written and certainly provides information for the committee to follow up with other witnesses and documents,” Mr. Schiff said. 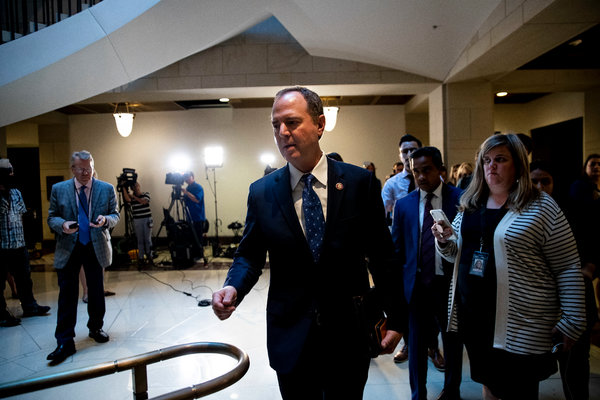 But the revelations that the whistle-blower had identified White House witnesses dovetailed with new details in the Justice Department memo, which was signed by Steven A. Engel, the head of its Office of Legal Counsel.

He argued that it was lawful for the acting director of national intelligence, Joseph Maguire, to refuse to turn the whistle-blower complaint over to Congress — a stance that the Trump administration began to back off of as Democrats stepped up talk of potentially impeaching the president. Mr. Maguire was to testify about the complaint on Thursday.

After hearing about the July call, the intelligence officer agreed that Mr. Trump might be “seeking to pressure that leader to take an action to help the president’s 2020 re-election campaign,” Mr. Engel wrote, and decided to tell Congress about it, using a process that protects intelligence whistle-blowers from reprisal.

Mr. Atkinson determined that the complaint met the criteria for an “urgent concern,” partly because it fell within Mr. Maguire’s “operational responsibility to prevent election interference.” But Mr. Engel disagreed, arguing that it did not center on intelligence activities that Mr. Maguire supervises.

But Mr. Atkinson, a Trump appointee, nevertheless concluded that the allegations appeared to be credible and identified two layers of concern.

The first involved a possible violation of criminal law. Mr. Trump’s comments to Mr. Zelensky “could be viewed as soliciting a foreign campaign contribution in violation of the campaign-finance laws,” Mr. Atkinson wrote, according to the Justice Department memo.

(Mr. Engel, while saying the allegations did not fit within the intelligence whistle-blower system that enables Congress to see complaints, said such a complaint could instead result in a criminal referral. Mr. Maguire and Mr. Atkinson then made referrals, an official said, but the Justice Department closed the matter without charges.)

The second concern Mr. Atkinson identified, according to the Justice Department memo, was that Mr. Trump’s potential misconduct might expose him “to serious national security and counterintelligence risks.”

Mr. Engel did not elaborate, and it was not clear whether he was suggesting that Mr. Trump would be subject to extortion if foreign officials threatened to expose his purported misconduct or he was referring to some other risk.

Both the reconstructed transcript and the Justice Department memo may be incomplete. The transcript contained a footnote that said it was not “verbatim,” and it contained ellipses.

And Mr. Engel’s memo, dated Sept. 24, said in a footnote that it was a revision of an original from Sept. 3, and that the department had “changed the prior version to avoid references to certain details that remain classified.”

Lawyers for the whistle-blower expressed concern in an interview on Wednesday about officials disclosing their client’s identity.

“Intelligence officers, by nature, are not people who want to be publicly known,” said Andrew P. Bakaj, the lead lawyer for the whistle-blower. “If you are an intelligence officer through and through, you are doing this for national security.”

The comments by Mr. Bakaj — who is representing the officer for free along with two other lawyers, Mark Zaid and Charles McCullough III — were the first, however limited, to the press about the case. Coming forward to the inspector general was very risky, said John Napier Tye, the founder of Whistleblower Aid, which is raising money to defer expenses for the complainant.

“To have the president of the United States tweeting about you, casting aspersions, it is scary for anyone — it is very scary for anyone who works in the intelligence community,” Mr. Tye said.

The legal team’s objective, Mr. Zaid said, is to continue to try to get information about the complaint lawfully to the congressional oversight committees. Mr. Zaid and Mr. Bakaj have sought permission from Mr. Maguire to be cleared to see the full complaint and represent their client before the House Intelligence Committee. 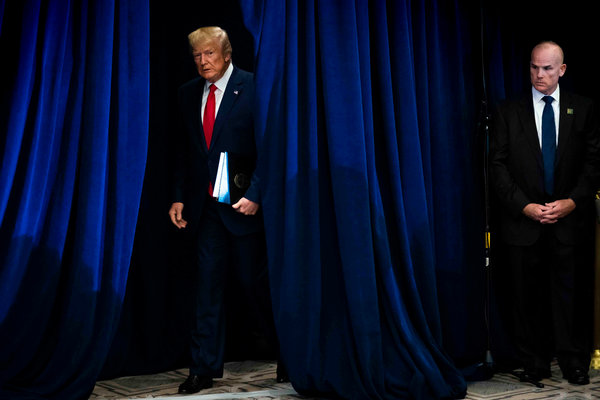 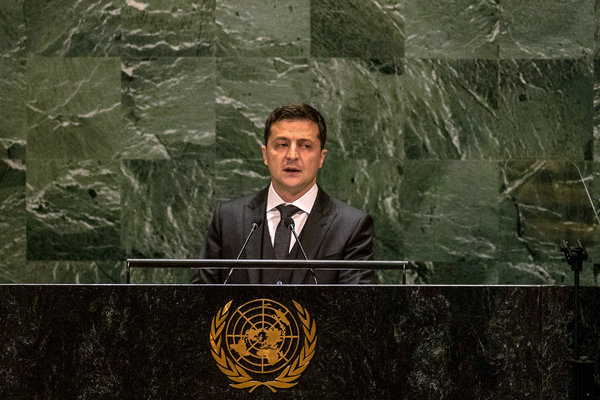 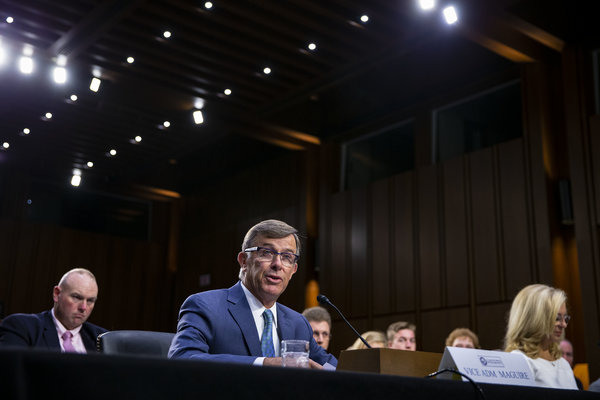 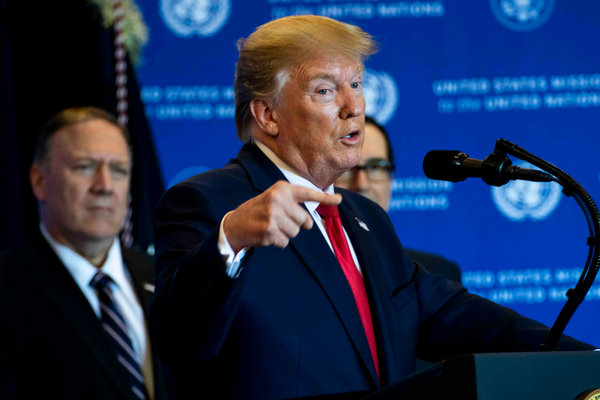 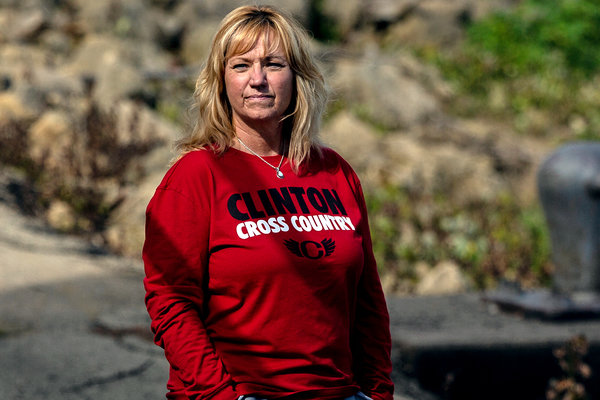 Charlie Savage is a Washington-based national security and legal policy correspondent. A recipient of the Pulitzer Prize, he previously worked at The Boston Globe and The Miami Herald. His most recent book is “Power Wars: The Relentless Rise of Presidential Authority and Secrecy.” @charlie_savage • Facebook

Michael S. Schmidt is a Washington correspondent covering national security and federal investigations. He was part of two teams that won Pulitzer Prizes in 2018 — one for reporting on workplace sexual harassment and the other for coverage of President Trump and his campaign’s ties to Russia. @NYTMike

Julian E. Barnes is a national security reporter based in Washington, covering the intelligence agencies. Before joining The Times in 2018, he wrote about security matters for the Wall Street Journal. @julianbarnes • Facebook