Questions whether Trump’s executive orders are constitutional remain as Democrats seem poised to challenge in court. 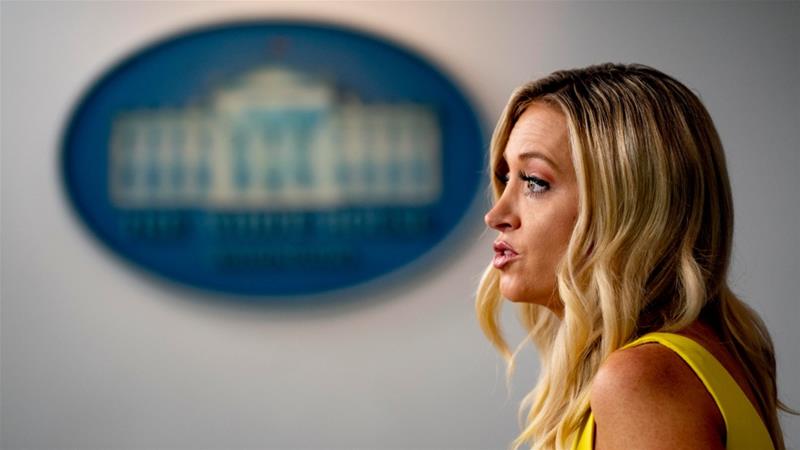 The White House is certain President Donald Trump’s executive order on coronavirus aid is “entirely within” the president’s powers even as it appears certain to face legal challenges, Press Secretary Kayleigh McEnany said during a briefing on Monday.

After negotiations with legislators on the next package of pandemic economic assistance hit a wall, Trump used what he said were the inherent powers of the presidency to forge ahead on tax and spending policy that Congress said it is granted by the Constitution.

Trump asserted he had the authority to defer payroll taxes and extend an expired unemployment benefit, although at a lower amount than what the jobless had been getting during the crisis.

His reelection chances imperilled by the pandemic, the Republican president contended his orders “will take care of pretty much this entire situation, as we know it”.

House Speaker Nancy Pelosi was not convinced. “When you look at those executive orders … the kindest thing I could say is he doesn’t know what he’s talking about or something’s wrong there,” she said on Fox News Sunday.

But the orders appeared to carry less weight than Trump advertised and cut federal relief spending by shifting more onto the shoulders of struggling states. Critics said the actions crossed a legal line and fell well short of what is needed to help right the fragile economy.

Pelosi criticised Trump for not doing anything to help schools trying to reopen, and she said the orders were “unconstitutional slop” on Sunday. 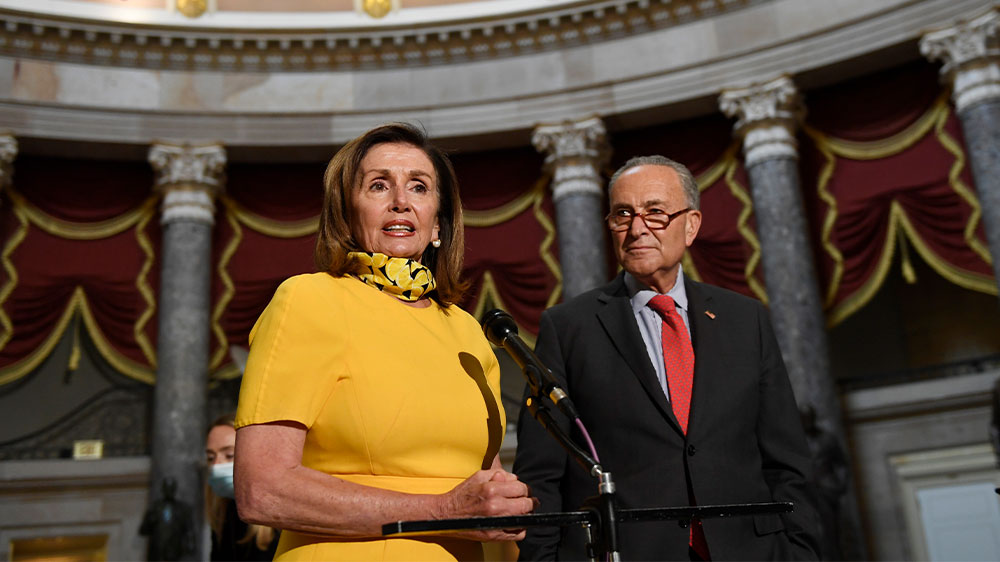 “Paltry,” Senate Democratic leader Chuck Schumer said on ABC’s This Week programme, given the scope of the economic and health crises.

Though certain to further strain relations with Congress, which has the power to set the US government’s budget, the moves were framed by the White House as the president breaking through the Washington gridlock in order to directly distribute aid.

Advisers hope it will sustain an economic recovery that Trump likely needs to defeat Democrat Joe Biden in November.

With an eye on reversing his slide in the polls, Trump took full credit for the measures, which he signed at his New Jersey golf club on Saturday after congressional talks broke down this past week. Democrats initially sought a $3.4 trillion package but said they lowered their demand to $2 trillion. Republicans had proposed a $1 trillion plan.

Trump accused Democrats of trying to spend more than was needed and adding money for priorities unrelated to the pandemic. He said local aid amounted to “bailout money” for states and cities “badly run by Democrats for many years … And we’re not willing to do that.”

McEnany repeated Trump’s insistence on not helping “poorly” administered Democratic cities and states that had issues “long before” the coronavirus.

Trump’s order called for up to $400 payments each week, compared with the $600 that people had been receiving but White House economic adviser Larry Kudlow said states would cover 25 percent of this money even as many are dealing with major budget shortfalls.

Many states are cash-strapped – more so after the economic havoc brought on by the coronavirus – and are unsure how they could pay their share.

Trump said on Saturday that states could apply for aid in the payments, but decisions would be made on a state-by-state basis.

Trump said the federal contribution would be redirected from disaster relief money at the Federal Emergency Management Agency – dollars not likely to last more than two months.

Shifting FEMA disaster funds also would occur as the peak of hurricane season looms, and the National Oceanic and Atmospheric Administration warns of an “extremely active” season already under way.

McEnany said the Trump administration would “make sure” FEMA has the money it needs.

McEnany said the Trump administration wants to continue aid providing aid to US citizens, but needs “willing negotiators”, a jab at Pelosi and Schumer. “So far, we have none,” she said.

Trump also acted to defer payment of the payroll tax, a long-pushed goal that had little support from either party on Capitol Hill, and federal student loans.

His order on housing is not a guarantee against eviction, as he claimed, but instead directs the departments of the Treasury and Housing and Urban Development to identify money that could help those struggling to pay their monthly rent.

Trump said the employee portion of the payroll tax would be deferred from August 1 through the end of the year, and he raised the possibility of making it permanent, though experts said he lacked that authority. 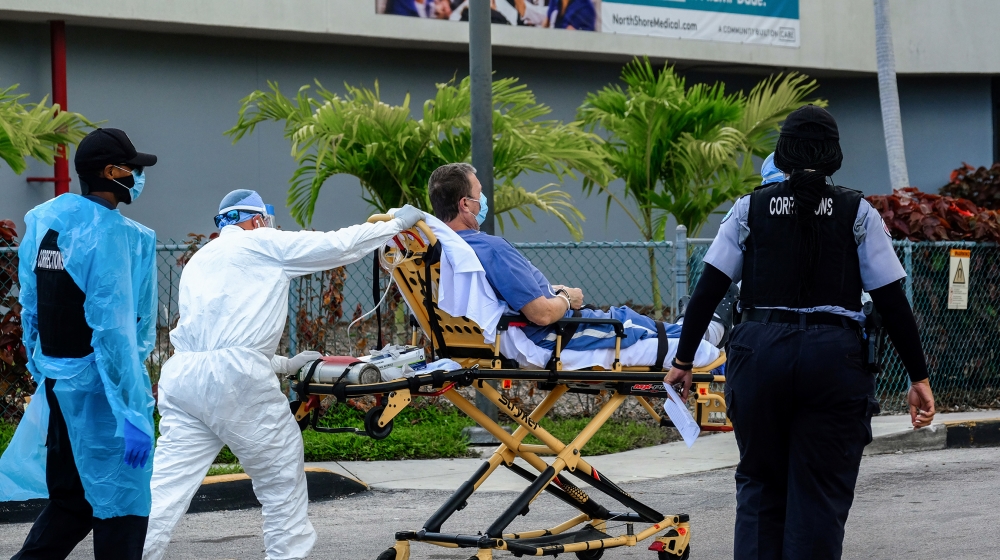 The temporary deferral would not directly aid unemployed workers, who do not pay the tax when they are jobless. Employees would need to repay the federal government eventually without an act of Congress.

The president was silent on Saturday on how he would fund Medicare and Social Security benefits that the 7-percent tax on employee income covers.

Democrats seized on the possible threat to Social Security as a signal that Trump wanted to cut the social safety net.

Both the White House and congressional Democrats indicated Sunday they wanted to resume negotiations, but no talks were scheduled.