The idea was floated in an email by a top White House policy adviser in November, when Mr. Trump was furiously condemning migrant caravans from Central America headed toward the southwestern border, the people, including two government officials, said.

In the email dated Nov. 16, with the subject line “Sanctuary City Proposal,” May Davis, the deputy White House policy coordinator, raised the idea with officials from the Department of Homeland Security, Immigration and Customs Enforcement and Customs and Border Protection.

Ms. Davis suggested that migrants who had been apprehended and were slated to be released into border towns could instead be taken to one of several sanctuary cities, which limit how local law enforcement can cooperate with federal immigration officers.

The proponents of the idea inside the White House argued at the time that it would help with overcrowding at nonprofit shelters in border towns by transferring the migrants to cities that already embrace the idea of having more immigrants, one official said.

Once there, the migrants would be released onto the streets — potentially sending a message to the Democratic politicians who oppose Mr. Trump’s immigration agenda and his demands for a wall along the border with Mexico.

“The idea has been raised by one to two principals that, if we are unable to build sufficient temporary housing, that caravan members be bused to small- and mid-sized sanctuary cities,” Ms. Davis wrote to the officials at the agencies. She added, “There is not a White House decision on this.”

Matthew Albence, the acting deputy director of ICE, objected to the idea, telling the White House that there would be liability issues if a migrant were injured during transport. He also raised concerns that the agency’s budget had not been appropriated for that purpose.

In an email, Mr. Albence responded that the proposal would create “an unnecessary operational burden” on the department and added that he did not know how paying extra to transport migrants to another location was “a justified expenditure.”

Mr. Albence is in line to run ICE after the departure this week of Ronald D. Vitiello, whom Mr. Trump pushed out because the president said he was not responding to the surge of immigrants in a tough enough fashion.

“This was a suggestion that was floated and rejected, which ended any further discussion,” a spokesman for the Department of Homeland Security said in a statement on Thursday evening.

In a statement from the White House, an official called the proposal a “nonstory” and said that “these are illegal aliens already being released and sent to U.S. communities every day.”

“The administration’s position is that we want to deport — not release — illegal aliens,” the official said.

The plan to transport migrants to sanctuary cities, which was first reported Thursday evening by The Washington Post, did not go into effect, according to the officials.

But the White House did raise the idea again several months later, in February, suggesting that releasing the immigrants into the sanctuary cities would be a way of punishing Democrats for resisting budget requests for more money to detain undocumented immigrants, according to one person familiar with it. 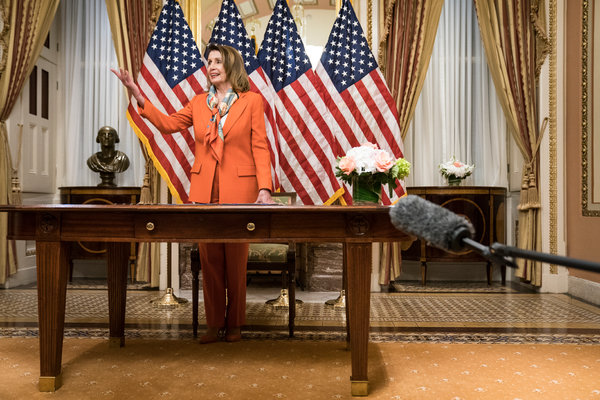 A White House official denied that punishing the Democratic lawmakers was the primary purpose of the idea. The official said that it was an effort to deal more efficiently with migrants who were already going to be released.

But at that time, officials at the Department of Homeland Security once again raised significant concerns about the idea’s legality, and the proposal was not carried out.

A spokeswoman for Speaker Nancy Pelosi, Democrat of California, who represents San Francisco, one of the most high-profile sanctuary cities in the country, condemned the idea on Thursday night.

“The extent of this administration’s cynicism and cruelty cannot be overstated,” said Ashley Etienne, a spokeswoman for Ms. Pelosi. “Using human beings — including little children — as pawns in their warped game to perpetuate fear and demonize immigrants is despicable, and in some cases, criminal.”

Ms. Etienne added, “The American people have resoundingly rejected this administration’s toxic anti-immigrant policies, and Democrats will continue to advance immigration policies that keep us safe and honor our values.”

Mr. Trump has frequently, and harshly, criticized sanctuary cities, saying their actions are a violation of federal immigration laws and allow violent criminals who are undocumented immigrants back onto the streets instead of being deported.

During his campaign for the presidency, Mr. Trump often cited the case of Kate Steinle, who was killed by an undocumented immigrant in San Francisco. He mentioned the case during a key immigration speech in 2016, months before the election.

“Another victim is Kate Steinle,” Mr. Trump said. “Gunned down in the sanctuary city of San Francisco, by an illegal immigrant, deported five previous times. And they knew he was no good.”

One person familiar with the proposal to transport migrants to sanctuary cities said that none of the proposals came directly from Stephen Miller, the architect of the president’s immigration agenda and the top domestic policy adviser in the White House.

But the person said that Department of Homeland Security officials understood that Mr. Miller was a chief advocate of the idea. Mr. Miller did not respond to a request for comment on Thursday night.

But Mr. Albence said in a statement issued late Thursday by the department that “as the acting deputy, I was not pressured by anyone at the White House on this issue.”

“I was asked my opinion and provided it and my advice was heeded,” he said. “The email exchange is clear, and suggesting that it indicates inappropriate pressure is inaccurate.”

The idea’s existence was revealed as Mr. Trump and Mr. Miller have begun to purge the immigration agencies of officials they believe have not worked aggressively enough to prevent the surge of migrants at the border and to advance the president’s hard-line immigration agenda.

In addition to Mr. Vitiello, Mr. Trump pushed out Kirstjen Nielsen, the secretary of homeland security, and Claire Grady, the acting deputy secretary of the department. The president also appears poised to oust two other top immigration officials at the department in the coming days.

A senior administration official told reporters this week that when it comes to the administration’s core priorities on immigration, many of them have been “moving too slowly or moving in the wrong direction” at immigration agencies.

Robert Mueller will take law students behind the decision-making process of the Russia inquiry.