A wildfire raging in Northern California took a tragic turn as two bodies were recovered after the blaze swept into a small town, damaging or destroying about 100 structures, authorities said.

Siskiyou County Sheriff Jeremiah LaRue broke the grim news at a community meeting Sunday night, telling residents that the Mill Fire, which has burned more than 4,200 acres near the town of Weed, had claimed two lives.

“It’s one thing to come up here and tell you things, but to look at your faces … it almost brings me to tears,” LaRue said before reporting that two people had been killed and asking for a moment of silence. 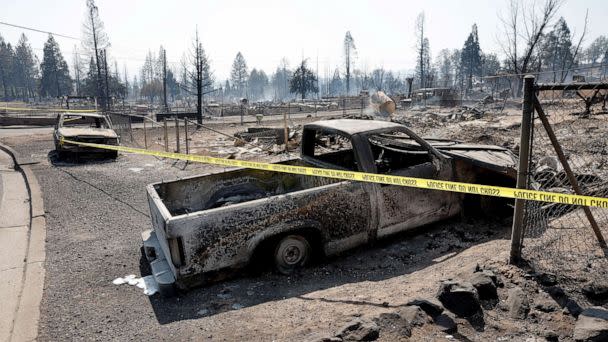 The sheriff office did not provide any further details on the deaths.

The news came as firefighters appeared to be getting a handle Sunday on the Mill Fire while dealing with new challenges being caused by the Mountain Fire, which is also burning in Siskiyou County near the Oregon border. 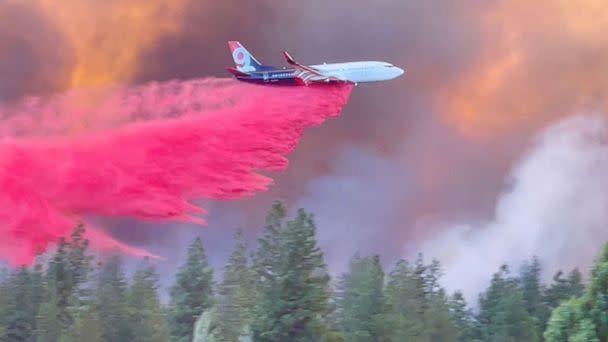 Winds on the ridges of the Mountain Fire were of particular concern for firefighters, who feared they could spread burning embers and ignite spot fires, according to Cal Fire’s update Sunday on the blaze.

Firefighters are battling the dueling fires amid triple-digit heat. 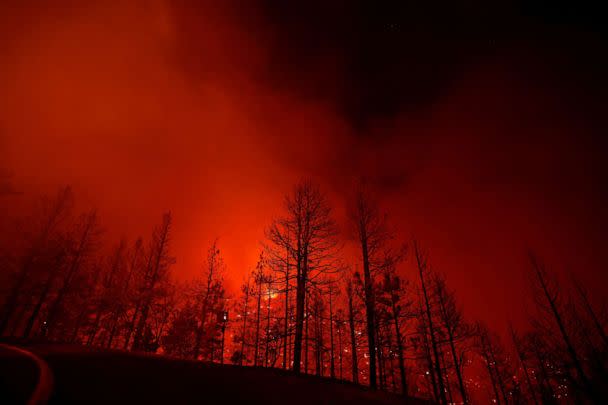 The Mill Fire was 40% contained Monday morning after burning 4,254 acres since igniting on Friday, according to Cal Fire officials. The latest damage assessment released by Cal Fire said the Mill Fire had destroyed 88 single structures and damaged 11 others.

California Gov. Gavin Newsom has declared a state of emergency in Siskiyou County to support the response to the fires.

The mayor of Weed, meanwhile, reported new details on the Mill Fire, which ravaged her town of more than 2,600 people, injuring several people as they fled the flames and damaging or destroying at least 132 structures, including many homes.

Mayor Kim Greene told ABC News the Mill Fire started Friday in an old warehouse at the town’s lumber mill, the Roseburg Forest Products, which sits near a park and a cluster of homes she said were nearly all destroyed.

“My co-worker’s husband ran in and said, ‘There’s a fire,'” Greene recalled. “By the time we go out the front door to see, [there] was just a big puff of black smoke. You could hear the small explosions.” 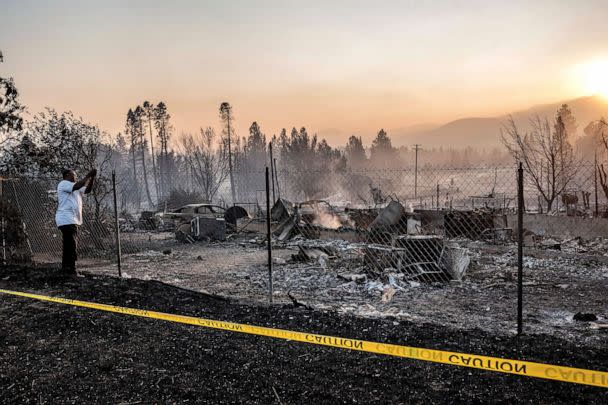 Fanned by 30 mph winds, Greene said the blaze spread quickly, jumped a set of train tracks and swept into a neighborhood.

Green said many people had only minutes to escape. An ABC News crew observed several walkers and wheelchairs abandoned along streets as people fled for their lives. Numerous vehicles sat charred in roadways and driveways of homes completely destroyed.

The Mill Fire, according to Cal Fire, caused more than 1,000 people to be evacuated.

Firefighters got a break from the high winds on Saturday, but high temperatures continue to be a challenge, Cal Fire officials said. The temperature in Redding, in Northern California, was expected to be 111 degrees on Monday.

Capt. Robert Foxworthy of Cal Fire said the high temperatures are forcing firefighters to take precautions to protect themselves physically.

Stowaway survives 8,400-mile flight from South Africa to Amsterdam in WHEEL of plane on 11-hour journey