Two sheriff’s deputies in Texas were killed in a shootout in Eben on Monday night, according to reports.

Authorities so far have provided few details about the shooting. The alleged gunman — 28-year-old Jeffrey Nicholas — led deputies on a short foot pursuit and barricaded himself in a building. A standoff resulted in gunfire being exchanged, KLST/KSAN reported.

Two deputies were killed and another unidentified person was wounded. Authorities did not immediately identify the victims. The deputies’ bodies are to be escorted to Lubbock on Tuesday, where autopsies will be performed.

Nicholas was booked into Tom Green County Jail on two counts of capital murder of a peace officer or fireman, online records show. He is being held on a $4 million bond — $2 million for each count.

A trooper from the Texas Department of Public Safety was traveling from San Angeles Tuesday morning to the scene of the shooting to provide an update, KTXS reported. 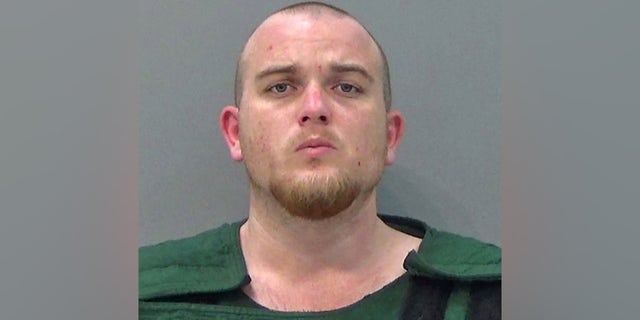 “Please join us this morning in lifting up in prayer our Brothers and Sisters with the Concho County Sheriff’s Office,” Frisco Police tweeted. “Two of their deputies were killed in a shootout late Monday night in Eden. We will never forget their sacrifice.”

Pearland Police “is saddened to have learned of the two Concho County Deputies who were shot and killed in the line of duty late Monday night,” the agency tweeted. “Please keep their families and friends and the brave men and women of the Concho County Sheriff’s Office in your prayers.”

Drew Darby, a state representative serving House District 72, which includes Concho County, said that he and his wife, Clarisa, “are devastated by the senseless slaying of two Concho County law enforcement officers. Our heartfelt condolences and prayers to their families and the entire community. Please join us in lifting their families up in prayer and asking for God’s abundant peace.”