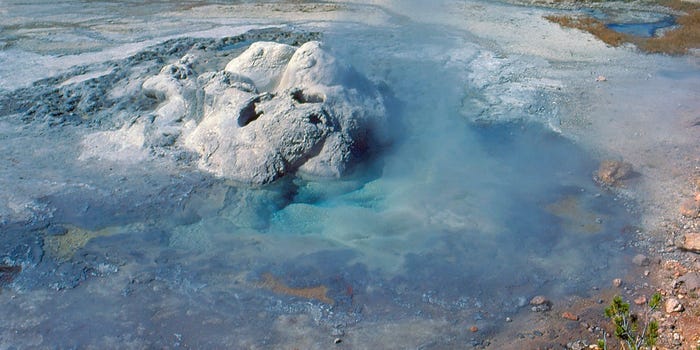 A man from Idaho Falls, Idaho, has been banned form Yellowstone for at least two years after he tried to fry chicken in a hot spring at the national park.

The man, who has not been publicly named, was found by park rangers on August 7, with cooking pots and two chickens in a burlap sack in a hot spring in the Shoshone Geyser Basin region, East Idaho News reported.

Traveling through thermal areas is prohibited in Yellowstone, due to a risk of danger and injury, and the man was cited for violating closures and use limits.

He pleaded guilty in Mammoth Hot Springs court on September 10, and was fined $1,200. He was also ordered to serve two years of unsupervised probation — during which he'll be banned from Yellowstone National Park.

Two others in a group the man had been traveling with were also cited by park rangers, East Idaho News reported. The status of their cases is unclear.

Yellowstone did not immediately respond to Insider's request for comment on the incident.

Tourists have been seriously injured and killed by hot springs at Yellowstone, which can reach burning temperatures and are sometimes highly acidic.

Just last month a 3-year-old was badly burned after falling in to a hot-spring-like hydrothermal area.