London: British Labour is stepping up its opposition to the appointment of Tony Abbott to the UK Board of Trade and is demanding Boris Johnson explain the details of the former prime minister's plum job advising the UK government on trade deals.

Meanwhile, in Australia, Abbott's critics have called on him to be stripped of his $300,000 per year parliamentary pension while he is working for a foreign government that is currently negotiating a trade deal with Australia. 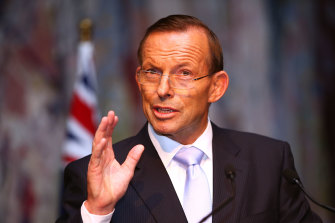 Former Australian PM Tony Abbott has been hired by British PM Boris Johnson for a role in the UK Board of Trade.Credit:Getty Images

His successor in the seat of Warringah, Independent Zali Steggall questioned the double standards of Abbott being allowed to travel when families trying to reunite had been barred, as well as his work for a foreign government.

A spokesman for Abbott said he applied to travel overseas under the rules and was granted approval by the Commissioner of The Australian Border Force. His travel, including the mandatory two weeks of hotel quarantine upon return, would be met privately, he said. He has not sought an exemption from any of these requirements nor will he.

Abbott does not intend to make any further comment, the spokesman said.

Originally a Remain supporter, Abbott won over arch-Brexiteers after the referendum by advocating Britain follow the most economically disruptive form of leaving the EU – a so-called No Deal Brexit.

But mystery surrounds the exact nature of Abbott's appointment which was met at an official level with silence, with no statement from either the Department for International Trade or Number 10 issued on Wednesday, despite widespread reporting of the appointment. 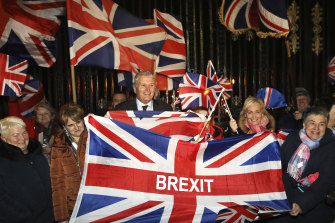 Originally a Remainer, Tony Abbott earned the support of Brexiteers after the referendum.Credit:AP

Abbott's exact title with the Board of Trade is still to be confirmed. Questions about whether the job is paid or not have also gone unanswered by both the British government and

Abbott himself and both Truss and the British Prime Minister Boris Johnson have said nothing of the decision to recruit the British-born former Australian prime minister to their ranks.

Labour's trade spokeswoman Emily Thornberry told The Sydney Morning Herald and The Age that she would be demanding answers, amid concerns over the secretive nature of the appointment.

"What exactly is the job? Is it paid? Will Abbott be accountable to the British Parliament? Did the appointment process follow Cabinet Office rules? When was the job offer made, and when was it accepted?"

Thornberry also queried what personal meetings were held in the lead up to the job offer.

"What meetings did Boris Johnson and Liz Truss have with Tony Abbott over the last year, and were they conducted in line with the Ministerial Code?

"The rules around public appointments and ministerial meetings exist precisely to stop the government cutting corners to suit their cronies, or hiding their dealings from public scrutiny.

"That’s why the answers to these questions matter, and we’ll be demanding them loudly in the coming days."

Only arch-Brexiteer and Leader of the Commons Jacob Rees-Mogg acknowledged the move saying it was "an excellent appointment".

The report was also welcomed by Brexit Party leader Nigel Farage but strongly criticised by a range of MPs in both the UK and Australia who questioned Abbott's trade credentials, his opposition to gay marriage and his climate-change denialism. 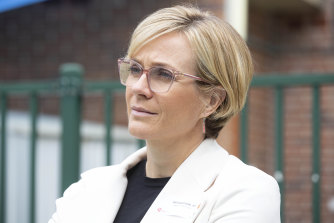 Steggall said she was surprised to see Abbott's new role given he had supported both Leave and Remain.

"Like many Australians I’m surprised at his appointment in light of his previous changing positions on Brexit and his very divisive and combative style.

"I would also question the appropriateness of a former Australian Prime Minister in a senior trade role now negotiating for the benefit of another nation.

"What would the reaction be if a former PM like Kevin Rudd was appointed in a trade advocacy role for China?" Steggall said.

Greens Leader Adam Bandt called for Abbott to be stripped of his parliamentary pension, worth $300,000 per year.

"Tony Abbott’s job is now to promote another country, even if it means disadvantaging Australian farmers, producers and exporters," he said.

"The Australian public should not be paying him to advance another country’s interests.

"He should be stripped of his hefty Prime Ministerial pension," Bandt said.

Former South Australian premier Mike Rann, and a former High Commissioner to the UK and Italy, questioned whether Abbott, who infamously gave a knighthood to Prince Phillip, was after his own title.

"Maybe this could be Tony’s pathway to a knighthood," Rann said, speaking from his home in Puglia.

"If the story is true it is an indictment of the UK’s capacity to take back control from unelected foreigners".

This masthead revealed that Abbott had breakfast with Liz Truss in London on Tuesday to confirm the role after being granted an exemption by the Australian government from its ban on citizens from leaving the country.

Abbott would not respond to questions about why his travel, which included attending a golf tournament in Wales, warranted an exemption.

He is currently in Italy and due in London again next week to give a speech to the centre-right think tank Policy Exchange about the international response to the coronavirus pandemic.

Steggall said Abbott's travel exposed the double standards at play, with many of his former constituents denied the chance to see their loved ones overseas.

"I wonder whether he has had to make numerous applications like many of his former constituents.

"His permitted travel unfortunately only adds to the perception that there is a double standard in who can travel in and out of Australia and will be distressing for those who have repeatedly been turned down for important travel."