Suga has not yet declared he would run to succeed Prime Minister Shinzo Abe, who said last week he would resign. But Suga has privately indicated his intention to do so, a source has told Reuters. 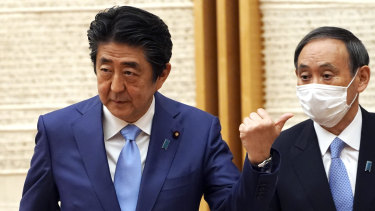 The party's leader will almost certainly become prime minister because of its majority in the lower house of Parliament.

Suga, who would compete with ex-defence minister Shigeru Ishiba and ex-foreign minister Fumio Kishida for the post, is scheduled to hold a news conference at 5pm Tokyo time (6pm AEST), the LDP said. That is in addition to the twice-daily briefings he holds as the government's top spokesman.

The LDP is also due to formally announce the date of the leadership vote, widely expected to be September 14. 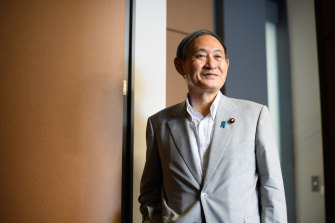 So far, Suga has secured the backing of five of the LDP's seven factions, public broadcaster NHK and others reported. The party decided on Tuesday to hold a slimmed-down election with just MPs and three votes from each of the 47 prefectures — an advantage for Suga.

Suga has a reputation as a skilled backroom operator but a less-than-charismatic public figure.

He has served as chief cabinet secretary and the government's main spokesman in the Abe administration since 2012. As Abe's right-hand man he also managed personnel appointments, coordinated inter-ministerial policy and had his say within a small group of key decision-makers around the prime minister.

Effectively, he is the man who kept the ruling party and the bureaucracy in line behind Abe for more than seven years, and he is widely seen as having been effective in that role.

Financial markets also favour Suga, assuming he would continue with the "Abenomics" strategy aimed at reviving the economy.

But Ishiba is by far the most popular among the public and has been on a media blitz, appearing on several television programs over the past few days.

"During Abenomics, stocks rose, the yen was weak and wrought unprecedented profits to companies — that's something to be grateful for," Ishiba said on Fuji TV on Wednesday when asked how he would improve the lives of low-income workers and the unemployed.

"But what do we do with the dark side of that? That's the most important question in the post-Abe era," he said.

Former science teacher, 36, who drowned her baby is jailed for life