The first time Sydney woman Jay Langadinos saw psychiatrist Dr Patrick Toohey she was 19, living at home and identifying as male. It was May 2010. Langadinos wanted to start on masculinising hormones and her endocrinologist had referred her to Toohey to assess if she was suitable for the treatment.

According to a statement of claim filed in the NSW Supreme Court in May, the referral letter from Professor Ann Conway said it “seemed likely” Langadinos had “true gender dysphoria”, but she was “very young” and “clearly” needed “thorough psychiatric work-up before embarking on hormone treatment”. 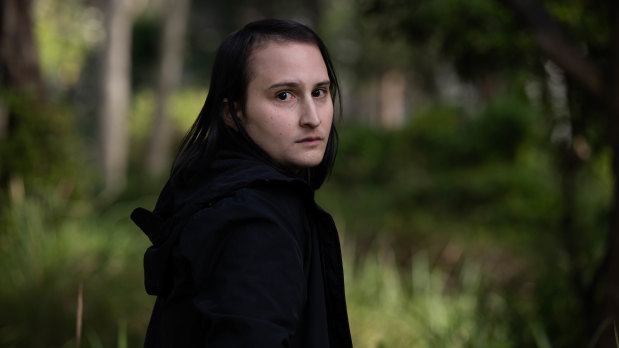 Jay Langadinos, who transitioned from a woman to a man, no longer identifies as male and is suing her psychiatrist for professional negligence.Credit:Janie Barrett

Toohey agreed Langadinos suffered from gender dysphoria – a misalignment between a person’s sex and gender identity – and found she was suitable for hormone therapy, in this case testosterone, which encourages the development of male secondary sexual characteristics.

Langadinos saw Toohey a second time in February 2012. Now she was eager to have her breasts surgically removed. Toohey allegedly found “no contraindication” for her to undergo a bilateral mastectomy. She had the operation in April.

The following month, Langadinos was back again, this time to discuss her wish to have her womb removed. Again, Toohey reported he could not see “any psychiatric contraindication to proceeding with hysterectomy as part of gender transition”. Langadinos underwent the surgery in November, less than seven months after her mastectomy. She was 22.

Toohey’s advice is now subject to a rare legal case. Langadinos, now 31 and no longer identifying as male, is suing Toohey for professional negligence. The case comes amid an intensifying debate in Australia and overseas about the “gender-affirming” approach to treating gender dysphoria after an explosion in young people questioning their gender. 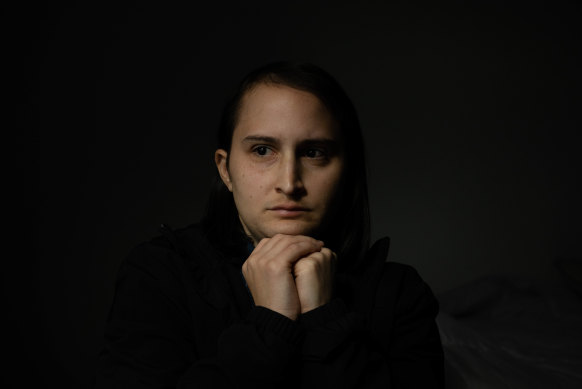 Langadinos said she had hoped transitioning would bring her greater happiness and self-assurance. Instead, each surgery plunged her further into depression.Credit:Janie Barrett

Langadinos says that around November 3, 2016 – four years after her hysterectomy and during psychiatric treatment provided by Dr Roberto D’Angelo – she “came to the realisation that she should not have undergone the hormone therapy or the first and second surgeries”.

In January 2020, she consulted endocrinologist Dr Christopher Muir about ceasing testosterone treatment. Langadinos claims Toohey “failed to take precautions” to avoid risk of harm “in the nature of loss of her breasts, uterus, fallopian tubes and ovaries”.

The statement of claim alleges that, before recommending hormonal treatment and the surgeries, Toohey “knew or ought to have known” Langadinos required further psychiatric evaluation by him and by a psychiatrist with specialised expertise in diverse conditions. She alleges that he was negligent in not recommending she get an opinion from a second psychiatrist for her hysterectomy.

She told The Age and The Sydney Morning Herald: “Knowing that I can’t have children is absolutely devastating.”

Toohey, an experienced psychiatrist, told The Age and the Herald he was unable to comment as the case is before the courts.

Solicitor Anna Kerr, of NSW’s Feminist Legal Clinic, who referred Langadinos’ case to legal firm Slater and Gordon, believes the legal action is “likely to be the tip of the iceberg”.

“We can expect to see extensive litigation in future years related to gender-affirming cross-sex hormones and surgeries,” she said.

Historically, studies have suggested very low regret rates for people who transition, about 1 per cent. Now, some experts are uncertain if those studies are relevant to the much larger cohort of young people presenting with gender issues today, of which two-thirds are females in their teens. Many have existing mental health conditions.

Langadinos says the consequence of Toohey’s alleged breaches of duty of care was that she “has suffered and continues to suffer from injuries and disabilities”, including masculinising and complications as a result of hormone therapy, loss of breasts, uterus and ovaries, complications from early menopause, anxiety and depression, impaired psychological functioning, an ongoing need for medical treatment and diminished capacity for employment.

In an interview with The Age and the Herald, she explained the background to her gender confusion. Her complicated home life had given rise to a feeling she was somehow defective. The feeling grew in her mid-teens when she realised she was attracted to other girls. At 17, she searched for answers on the internet and “discovered transgender”.

“And because of the definition of dysphoria, I thought, ‘that’s what I have.’ I decided that I must be transgender because of my discomfort that I had in my body,” she said.

She had hoped transitioning would bring her greater happiness and self-assurance. Instead, each surgery plunged her further into depression.

“I had a breakdown, couldn’t function for an entire year. I couldn’t get out of bed. I wish at the time I knew how much I was hurting and why.”

The statement of claim alleges that after their first consultation, Toohey noted Langadinos had been distressed at primary school for having to dress as a girl, that she had a “tomboy” manner, that she had left high school at year 11 and started an apprenticeship as a chef, that she was sexually attracted to females, did not have friends, and that her parents “were not accepting of her transgender issues”.

He said he was worried Langadinos “did not know how psychological factors could influence the outcome of gender transition”. He “strongly” recommended she receive therapy for “social phobia”, have regular psychological follow-ups during hormone therapy, and that family therapy would also be helpful.

At her second consultation with Toohey, Langadinos came with her parents. Toohey noted afterward that his recommended treatment and family therapy had not occurred and that Langadinos told him anxiety was not a problem for her and that she did not want treatment.

Her parents were supportive of her having a mastectomy, Toohey noted, though her mother agreed she needed treatment for anxiety.

“Considering the situation overall and the parents’ support,” Toohey concluded, he could see “no contraindication to proceeding with bilateral mastectomy”, and Langadinos could then be encouraged to receive treatment for anxiety.

In a separate letter to an andrology fellow at Concord Repatriation General Hospital, Toohey said that when he first saw Langadinos in May 2010 he had noted at the time “a past history of significant social phobia and depression which may have been beyond gender dysphoria”.

After their third and final session, according to the legal claim, Toohey found “no psychiatric evidence of incompetence regarding making medical decisions” and that the “only major psychiatric issue was the chronic social phobia” and Langadinos’ avoidance of treatment.

The case went to a directions hearing this month. The lawyer for Toohey’s medical indemnity insurer has sought further particulars of the claim before filing a defence.