AN A&E nurse has tested positive for coronavirus a month after having his first vaccine dose, and just days after his second dose was cancelled.

David Longden, 43, is at least the second healthcare worker to fall ill with the disease after having being given one dose of the Pfizer jab. 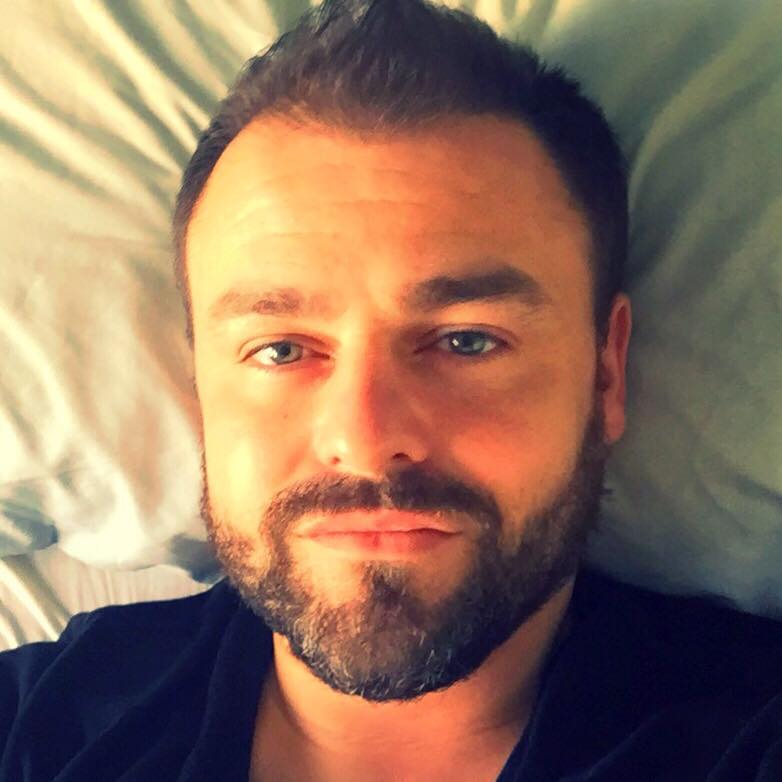 Other junior NHS staff members have reported getting the virus after receiving the jab, according to Professor Tim Spector, who heads up the ZOE Symptom Tracker App study.

It comes after the Government's controversial new plan to leave a three month gap between the necessary two vaccine doses.

Originally patients were to be given their second dose 21 days after the first, giving them the optimal level of protection.

The change was made in order to speed up the roll-out during the most serious point of the pandemic, spread doses across a larger population, and therefore save more lives.

The four chief medical officers of the UK have said they are "confident" the first dose provides substantial protection within two to three weeks.

And scientists say this is likely to last for at least three months – but there is no robust data to support this.

Regardless, experts say that vaccines can take weeks to build immunity, and therefore people must continue to be careful and follow the rules after having their first dose.

Neither the Pfizer or Oxford/AstraZeneca jab is 100 per cent effective at preventing Covid-19, even after both doses have been given.

It means a very small number of people who have the jabs could still develop Covid-19.

David was one of the first to get his first dose of the Pfizer jab on the day it was first rolled out in Wales on December 8.

Because he works on the frontline at a busy hospital hit hard by the virus, he has been prioritised for jab along with other NHS workers and the over 80s.

David's second injection was due to take place on January 5 but was scrapped when the Government decided on spreading more doses over a larger population.

But he tested positive on January 8 – three days he was due to have his second shot – but had noticed symptoms two days prior.

He is now having to self-isolate from his work at the Princess of Wales Hospital in Bridgend, South Wales. 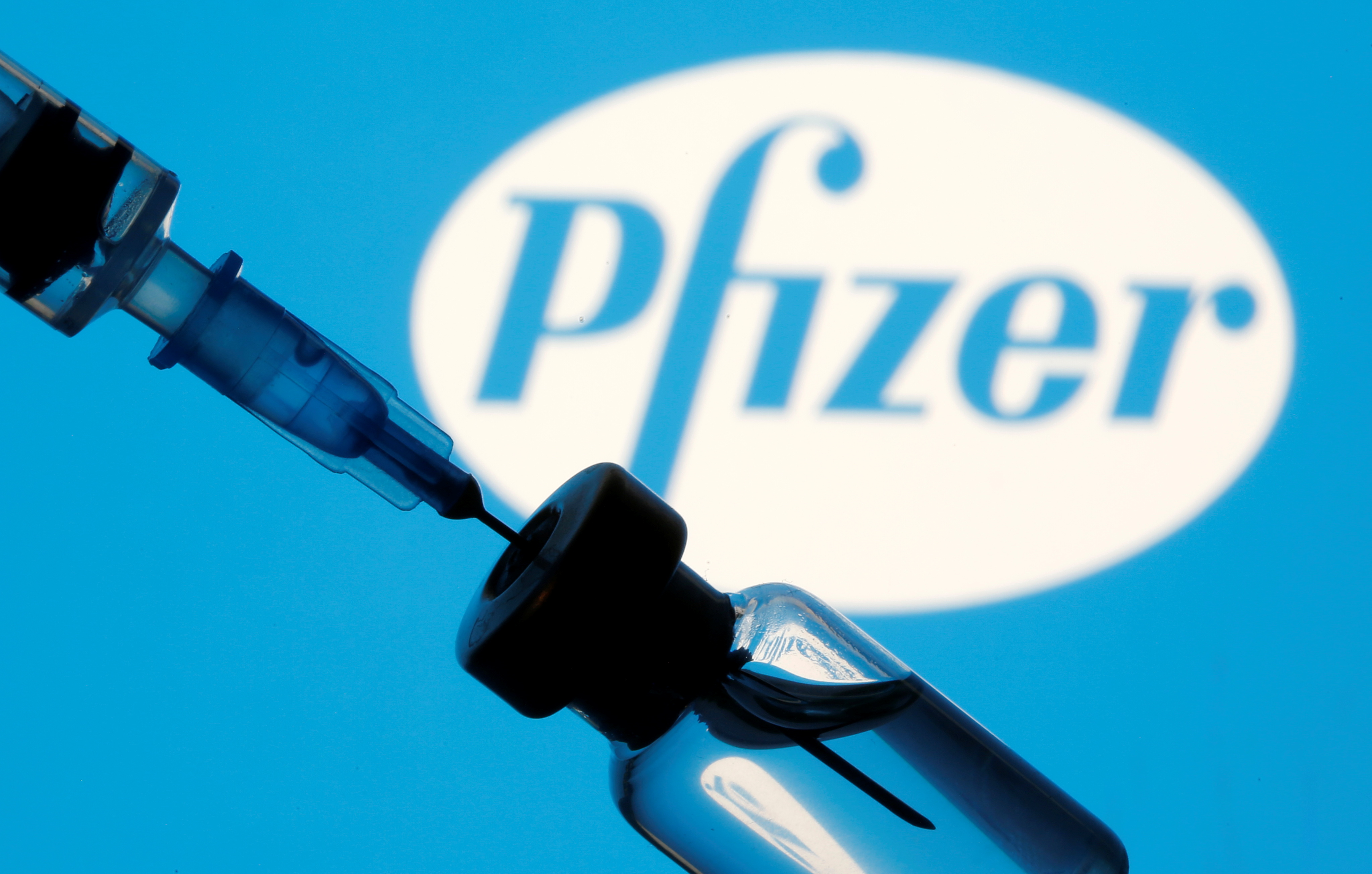 David said: "The Government needs to protect their frontline NHS staff – to not do so is just short-sighted.

"In the first wave, frontline staff were not always protected from the virus due to a lack of PPE.

"Now I feel the general consensus among staff is that, despite the fact we have a vaccine offering 95 per cent immunity, we are again not being protected fully.

David is self-isolating away from partner Andrew Price and is staying in a garden log cabin at his home in Pontypridd.

He said: "I'm also running the risk of exposing my partner to the virus. He's diabetic and has lots of other health issues.

"So to be given that second dose would have given me peace of mind as well as him."

Why did the vaccine dosing regimen change?

The Health Secretary Matt Hancock said the new process will allow more people to get the vaccine sooner and help the country out of the pandemic "by spring".

He told the BBC on December 30: "It's very good news for accelerating the vaccine roll-out. It brings forward the day we can get our lives back to normal."

"The scientists and the regulators have looked at the data and found that you get what they call 'very effective protection' from the first dose.

"The second dose is still important – especially for the long-term protection – but it does mean that we will be able to vaccinate more people more quickly than we previously could."

Welsh Health Minister Vaughan Gething also said the decision to extend the gap between the two doses of the Pfizer vaccine would avoid more deaths.

Some scientists have concerns that spacing out the doses could impact long-term protection and even increase the risk of an "escaped mutant" variant which could be resistant to the vaccines.

Asked about this in a Downing Street briefing on January 6, England's chief medical officer Professor Chris Whitty admitted it was a "real worry but quite a small real worry".

It comes after a nurse in Wales who caught Covid after her first dose said she felt "angry and heartbroken".

The unnamed woman told the BBC: "It gave me peace of mind. It made me feel safer and that I was doing the right thing for my family… but it gives a false sense of security."

The nurse claims she was told that it would take ten days for her to get protection from the virus after receiving the jab.

It wasn't until three weeks after she had the jab that she said she started to feel unwell with coronavirus symptoms.

The nurse said she was "shocked" when she tested positive for the virus.

Can you get Covid after having the vaccine?

Deputy Chief Executive Dr Philip Kloer of the Hywel Dda health board said: "There is particular risk that you may have contracted Covid-19 immediately prior to having the vaccine without knowing it, or that you may contract it in the week or two following vaccination as your body builds up protection."

In David's case, he may have caught the virus just before the vaccine's effects had kicked in.

Dr Andrew Preston, Department of Biology and Biochemistry, University of Bath, told The Sun: "He tested positive on day 24, and noticed symptoms a day earlier on day 23.

"If we take it he had the usual incubation period [5 to 6 days], that would mean he became infected before the 21 day, normal second dose deadline.

"I’m afraid its impossible to say that it was the delay in 2nd dose that led to David’s infection."

Dr Preston added: "We do have to remember that the vaccines are not 100 per cent effective."

The Pfizer jab is 95 per cent effective at preventing severe disease after both doses, and 90 per cent after the first.

And the Oxford jab is 70 per cent effective after one dose, in the short-term, and 62 per cent over the longer term after having the second dose.

It means that there is still a risk a person could unfortunately pick up the virus and get unwell even if they have been given both doses.

Dr Preston said: "We suspect that vaccinated people who do become ill will have milder symptoms that they would have without vaccination, so David could well have ended up far sicker than he is, but we won’t ever know that." 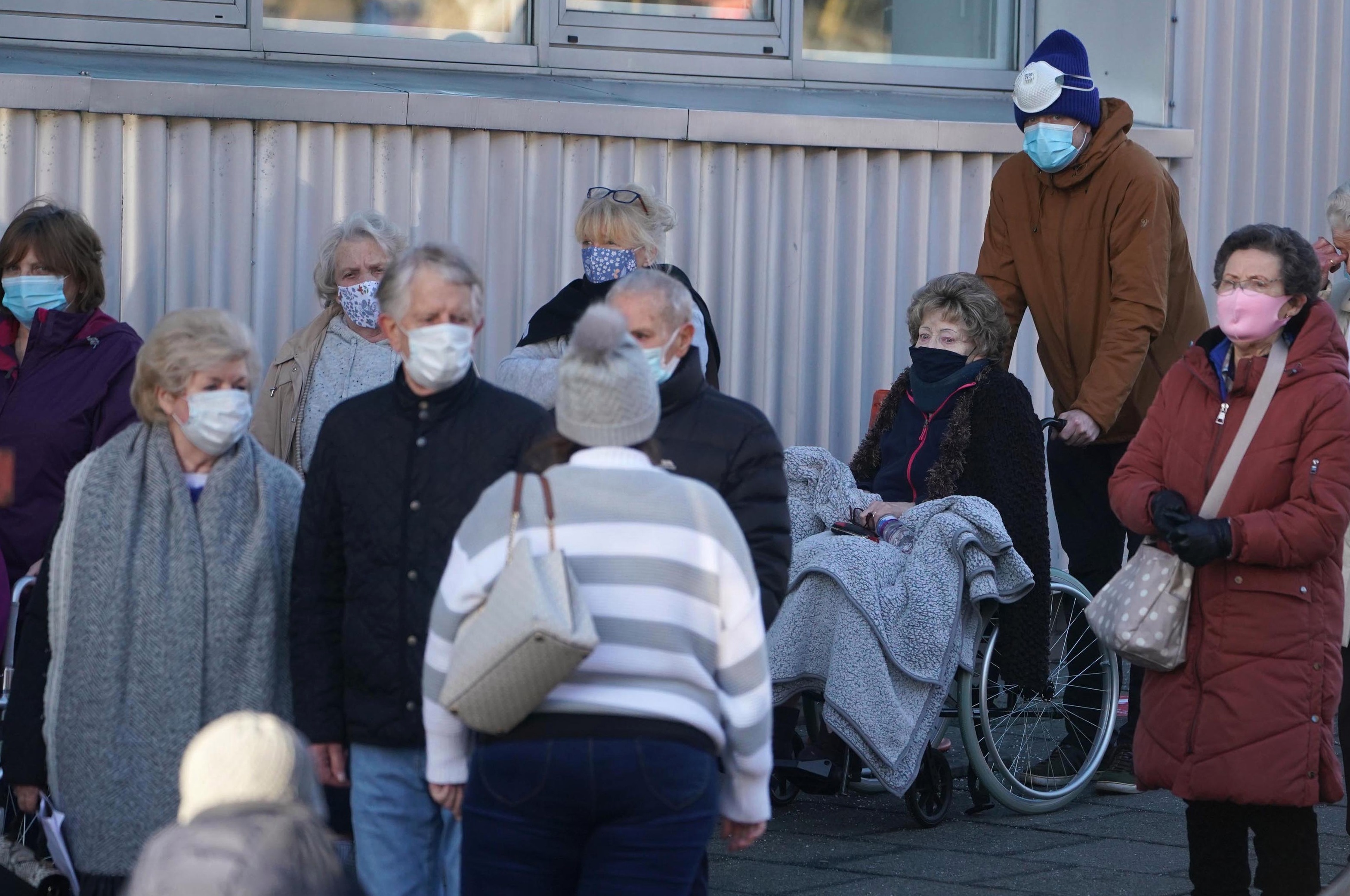 Stephen Evans, professor of pharmacoepidemiology, London School of Hygiene & Tropical Medicine, said: “It is quite understandable that those vaccinated with their first dose might be anxious that they are not as protected as they might be when their second dose is delayed.

"They should understand that the first dose has an effect that will give many people complete protection over a reasonable period, certainly three months and probably a lot longer.

"The notion that getting one dose results only in protection for 21 days or one month is not biologically plausible."

He added: “We have a crisis situation in the UK with a new variant spreading rapidly, and as has become clear to everyone during 2020, delays cost lives."

Regulators outlined a new dosing regimen at the end of December aimed at speeding up the roll-out.

The chief medical officers (CMOs) have explained that protecting twice the number of people is more preferable to keep the pandemic under control.

Professor Chris Whitty said at a Downing Street briefing on January 6: "By extending the gap [between doses], we are going to over the next three months essentially double the number of people who can be vaccinated." 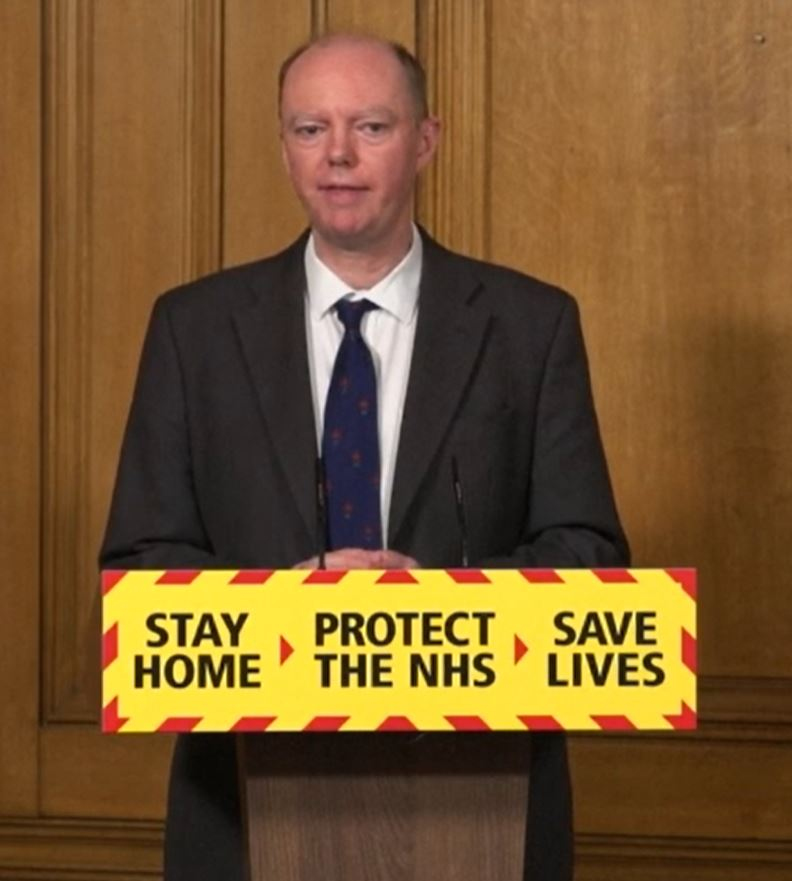 But there is “very little data” to underpin the UK’s recommendation to delay the second dose of the Pfizer Covid-19 jab for up to 12 weeks, global health leaders have said.

The second dose of the vaccine should only be delayed for up to six weeks, according to the World Health Organisation (WHO).

Pfizer had said it only assessed its vaccine on a two-dose regimen where people were given the jab three weeks apart, and there was “no data to demonstrate that protection after the first dose is sustained after 21 days”.

Dr Stephen Griffin, an associate professor in the School of Medicine, University of Leeds, said; “The Pfizer vaccine has been judged by JCVI to confer 90 per cent protection following the first injection, yet there is no data to support how long this might last and what may or may not happen if the second dose is delayed.

"This is also difficult to reconcile with data showing that robust antibody responses are coincident with the second Pfizer injection at day 21 – without data on appropriate patients, we should not merely assume that these will be the same if second doses are delayed."

Meanwhile, Dr Preston said: "The way that the Oxford trial was run meant there is solid data on extending the gap between the first and second dose."

The CMOs have sought to reassure GPs the new dosing regimen was safe despite concerns.

A letter to doctors on 31 December said they were "confident that based on publicly available data as well as data… that the first dose of either Pfizer or AstraZeneca vaccine provides substantial protection within 2-3 weeks of vaccination", GP Online reported.