An Afghan national youth team footballer has died in a fall from a US plane at Kabul airport, a local news agency has said.

Crowds of people seeking to flee Afghanistan have fled to the airport since the Taliban seized the capital on Sunday. In dramatic scenes, some tried to board a moving plane as it prepared to take off.

According to the Ariana football agency, national youth team footballer Zaki Anwari fell from a USAF Boeing C-17 on Monday.

His death has been confirmed by the General Directorate for Sport, the report said.

The report added that the 19-year-old is believed to have died after attempting to hold on to the outside of the American military aircraft.

The US Air Force said on Wednesday it was conducting a review of what happened as Afghan civilians ran alongside and around the aeroplane before it took off from Hamid Karzai International Airport (HKIA).

The C-17 Globemaster, with a callsign Reach 871, was carrying some 640 Afghans, reportedly more than five times its suggested payload, after hundreds of desperate people flooded onto the plane.

A photo showing the Afghan civilians, crouching and crammed up against each other on the floor of the military plane, went viral on social media after Kabul was seized by Taliban insurgents. 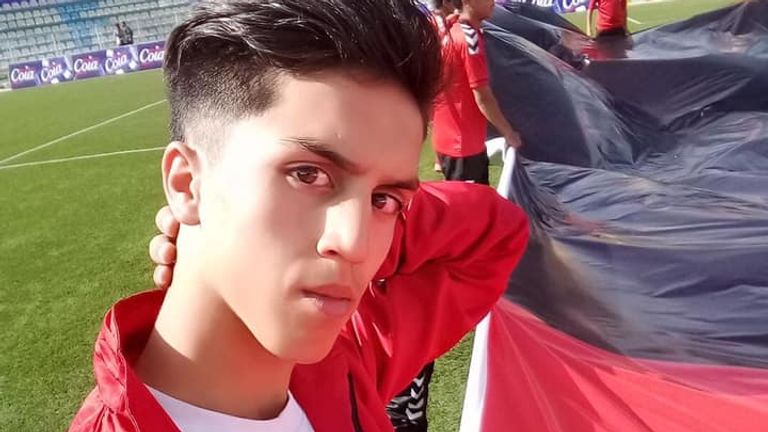 US defence officials said the plane took off from the international airport in Afghanistan’s capital city with what is believed to be the highest number of people ever flown in the C-17, a military cargo aircraft that has been used by the US and its allies for nearly 30 years.

It touched down safely in Qatar.

In a statement, the Department of the Air Force Office of Special Investigations (OSI) said it was reviewing all available information regarding a C-17 aircraft, as well as the loss of civilian lives.

“In addition to online videos and press reports of people falling from the aircraft on departure, human remains were discovered in the wheel well of the C-17 after it landed at Al Udeid Air Base, Qatar,” it said.

OSI said its review will be “thorough to ensure we obtain the facts regarding this tragic incident”, adding “our hearts go out to the families of the deceased”. 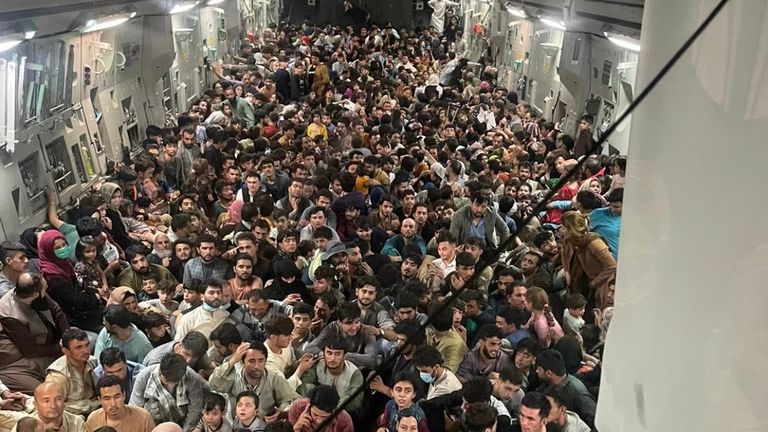 The aircraft had landed in Kabul to deliver a load of equipment to support the evacuation of Afghan and American civilians from Afghanistan, but before the aircrew could offload the cargo, it was surrounded by hundreds of Afghan civilians who had breached the airport perimeter. The air force said its crew decided to depart the airfield as quickly as possible due to the rapidly deteriorating situation around the aircraft.

At least five people were killed during chaos on the ground, with US troops firing into the air to deter people trying to force their way onto flights evacuating diplomats and embassy staff.