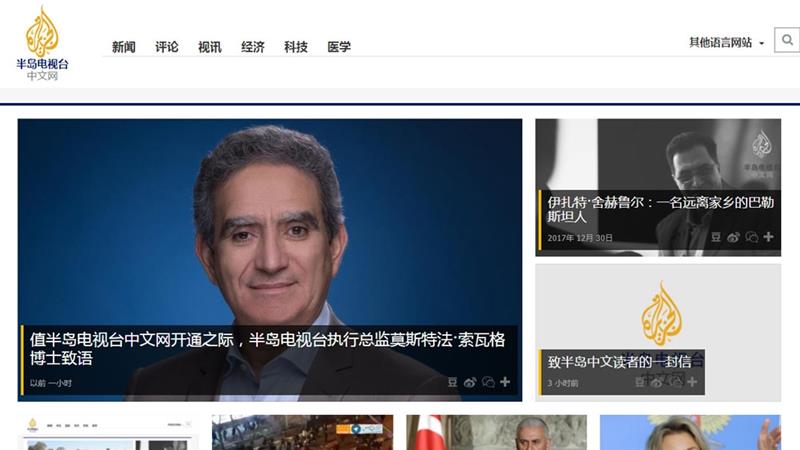 The project, which is the first of its kind from an Arabic news provider, is part of Al Jazeera’s strategy to engage with Chinese audiences, and builds on the success of its content on the popular Chinese social media platforms Weibo, Meipai and WeChat.

“Today we are witnessing another of Al Jazeera’s milestones in expanding our services to a large Chinese audience,” Mostefa Souag, the acting director general of Al Jazeera Media Network, said on Monday.

“With the launch of Al Jazeera’s Mandarin website, we continue to increase our global reach with unique editorial content, while building bridges among cultures and enhancing the exchange of information.”

The project was overseen by Al Jazeera’s late bureau chief in Beijing, Ezzat Shahrour, who passed away on December 23.

Yaser Bishr, Al Jazeera’s executive director of digital, said the new site would “act as a gateway to more than 700 million internet users in China to promote values of tolerance, respect, rights and liberties while adhering to professional principles”.

Al Jazeera launched its Arabic channel in 1996, English channel in 2006 and Balkans channel in 2011. There are also plans for an Indonesian-language website in the coming days.