Washington: “It is a truth universally acknowledged,” Jane Austen wrote in the opening lines of Pride and Prejudice, “that a single man in possession of a good fortune, must be in want of a wife.”

Social mores may have shifted since the early 19th century, but the maxim seems still to hold true for albatrosses, very large seabirds that live mostly in the Southern Hemisphere and are known as some of the world’s most reliably monogamous creatures. 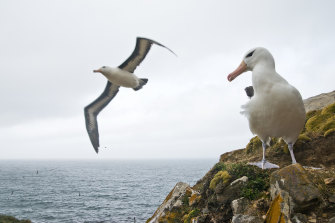 Climate change and warming water, however, have disrupted the good fortune of some albatrosses and could lead to a rise in partners breaking up, according to a study published on Wednesday by New Zealand’s Royal Society, which provides funding and policy advice in areas involving the sciences and humanities.

“The probability of divorce was directly affected by the environment, increasing in years with warm sea surface temperature anomalies,” the report found.

Warmer water leads to population declines among fish, which means the birds have to spend more time and travel further to feed. The harsher conditions in turn can affect hormone levels and make it less likely that chicks will survive. 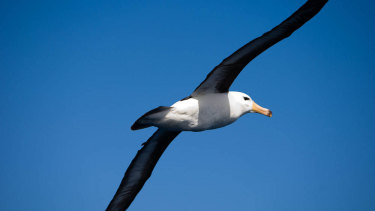 “For the first time, to our knowledge, we document the disruptive effects of challenging environmental conditions on the breeding processes of a monogamous population, potentially mediated by higher reproductive costs, changes in phenology and physiological stress,” the study reported. “Environmentally driven divorce may therefore represent an overlooked consequence of global change.”

To reach this conclusion, researchers studied a wild population of 15,500 breeding black-browed albatross pairs in the Falkland Islands over a 15-year period. (The study discounted cases in which one member of a couple died.)

The average annual “divorce rate”, they found, was 3.7 per cent, and could be as low as 0.8 per cent and as high as 7.7 per cent. Couples, they already knew, were statistically more likely to break up after breeding failures, as the birds went in search of more compatible mating partners.

But even when accounting for breeding failures and fish shortages, in years in which sea surface temperatures rose, “the probability of divorce increased”, according to the study. In 2017, for example, surface seawater temperatures were unusually high – and the divorce rate spiked to nearly 8 per cent.

One possible explanation for the spike in divorces, Francesco Ventura, a researcher at University of Lisbon and co-author of the Royal Society study, told the Guardian, is that climate change increases stress on albatross relationships.

“We propose this partner-blaming hypothesis – with which a stressed female might feel this physiological stress, and attribute these higher stress levels to a poor performance of the male,” he said.

Researchers also found that “males are likely less prone to initiate divorce than females” because the latter had a higher chance of breeding with a new mate than the former.

In good times, albatrosses can live 50 to 60 years. However, in recent years the seabird’s populations have been plummeting. A 2018 study found that of 22 recognised species of the bird, 18 had seen population declines.

Studies have previously linked this phenomenon to climate change’s effect on albatross feeding patterns and nesting sites, in addition to bycatch, when the birds unintentionally become trapped in large fishing nets.

Post Office executive Paula Vennells could be stripped of her CBE