All but two of the 20 Republican House members who voted against Kevin McCarthy for speaker in Tuesday’s third ballot round are election deniers who embraced former president Donald Trump’s false claims that the 2020 election was rigged.

Of the 18 deniers, 14 are returning members who voted against certification of the electoral college count on January 6, 2021. In addition, four election-denying newcomers either expressed support for that vote, embraced partisan post-election audits or promoted false claims of 2020 election fraud. 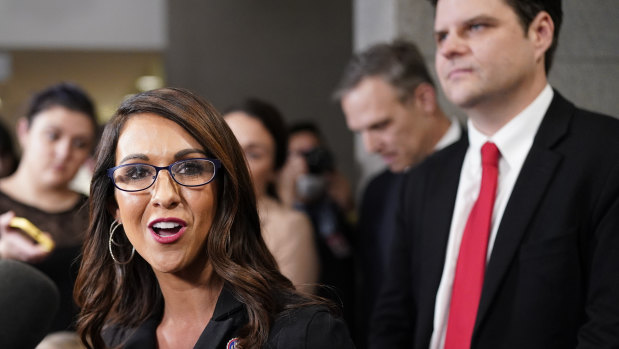 The tally reflects the degree to which election deniers dominate the House Republican caucus, accounting for more than three-quarters of the 222-person conference. A significant majority of McCarthy’s 202 votes – 157 – came from election deniers. But with Republicans holding only a slender majority, any Republican seeking to lead the House must garner near-unanimous support from the caucus’s deniers in order to succeed.

McCarthy himself embraced false claims that the 2020 election was stolen from Trump. So did Jim Jordan, who received votes from the 20 defectors on the third ballot.

The two Republicans voting against McCarthy who are not deniers are Chip Roy of Texas, the only returning member in the group who did not oppose the certification of President Biden’s victory; and Josh Brecheen of Oklahoma, a newcomer to the House.

The four newcomers who voted against McCarthy are Eli Crane, Anna Paulina Luna, Andy Ogles and Keith Self. 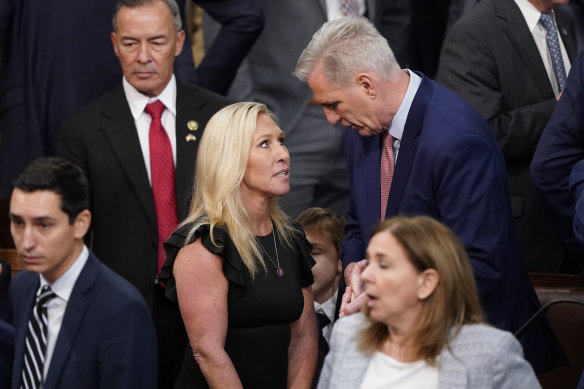 Representative Marjorie Taylor Greene, known for conspiracy theories, talks with Representative Kevin McCarthy during the vote for House Speaker on the opening day at the US Capitol.Credit:AP

Throughout the midterm election cycle, The Post identified candidates as election deniers if they questioned Biden’s 2020 victory, opposed the counting of his electoral college votes, expressed support for a partisan post-election ballot review, signed onto a lawsuit seeking to overturn the 2020 result, or attended or expressed support for the rally on the day of the January 6, 2021, attack on the US Capitol.

Voters in the six major battlegrounds where Trump tried to reverse his defeat in 2020 rejected election-denying candidates seeking to control their states’ election systems, a signal that Americans had grown weary of the former president’s unfounded claims of widespread fraud.

But the House, where 175 election deniers won their races, was a different story. The figure represents a sizable increase over the previous Congress, when 139 House Republicans voted against the electoral college count following the assault on the US Capitol.