HUNDREDS of drivers have been slapped with £26K in fines after failing to spot a tiny sign at a junction.

Nearly 400 confused motorists were punished for turning right in and out of Sutcliffe Park Sports Centre in Eltham, South East London this year. 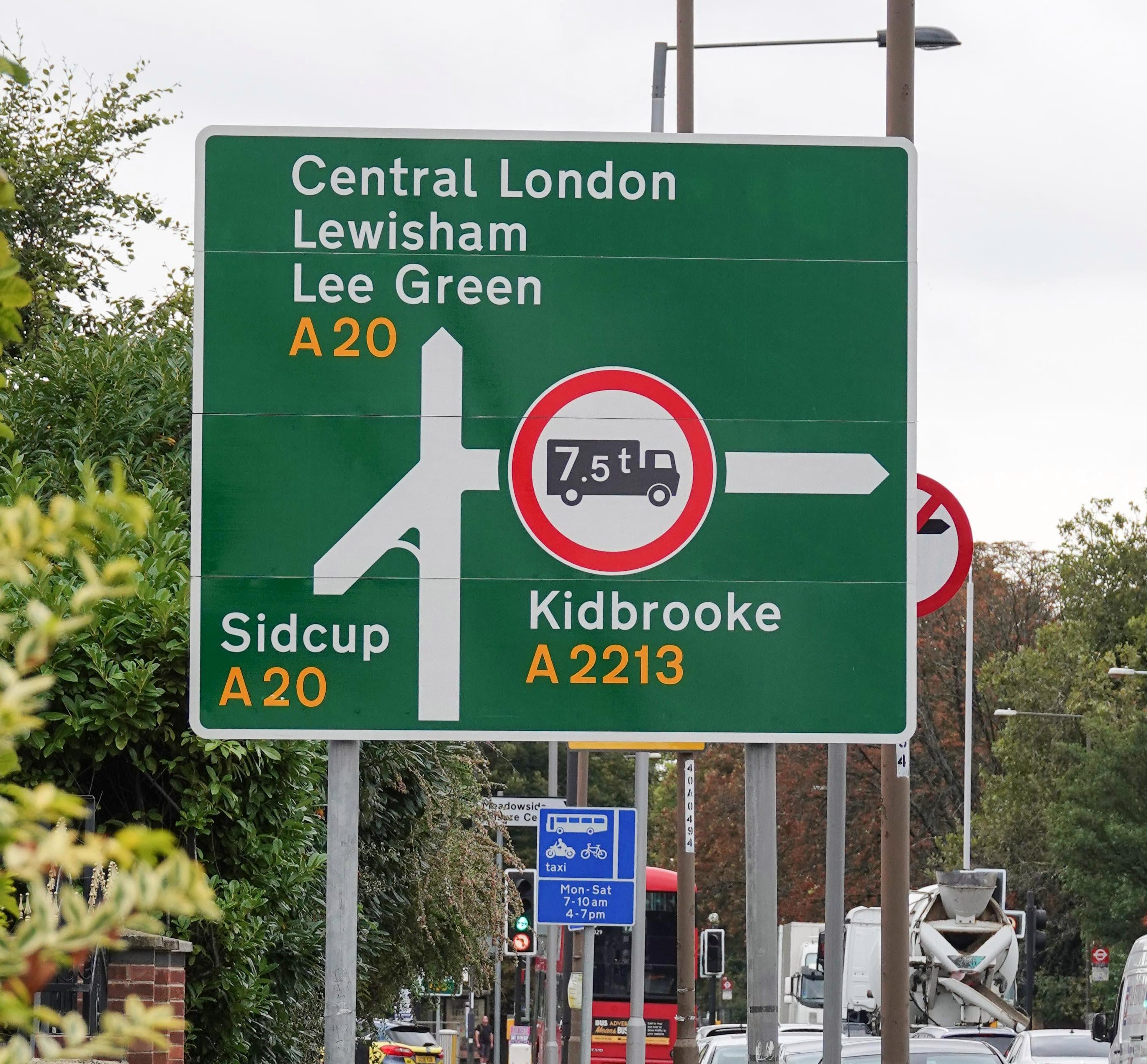 Drivers are being caught by a camera after failing to spot a Do Not Turn Right sign.

The fines were all issued from January to March this year by Transport For London (TfL).

The small sign is attached to a lamppost a few feet behind a much larger green road sign giving directions for a junction further along the road.

Disillusioned motorists took to social media to vent their anger at the fines. 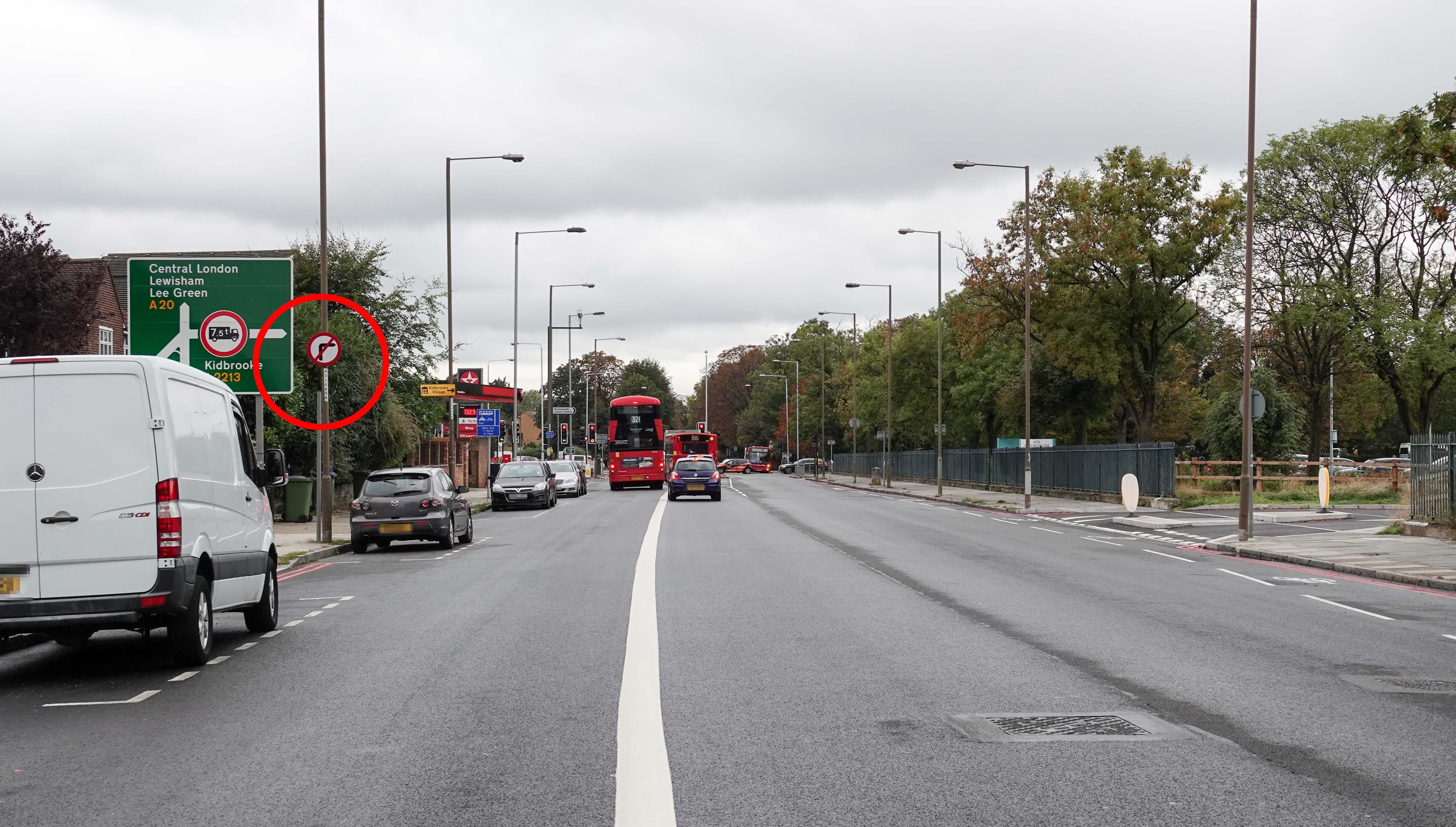 Rob Gan posted on SEnine magazine facebook page: "Having driven there recently that Do Not Turn Right sign is partially obscured by other signs, and is very small.

"There are no road markings either to indicate that you can't turn right."

"You're not allowed to cross a solid white line on the highways, so this should stop people doing it if they know and adhere to the rules of the roads (which they should)." 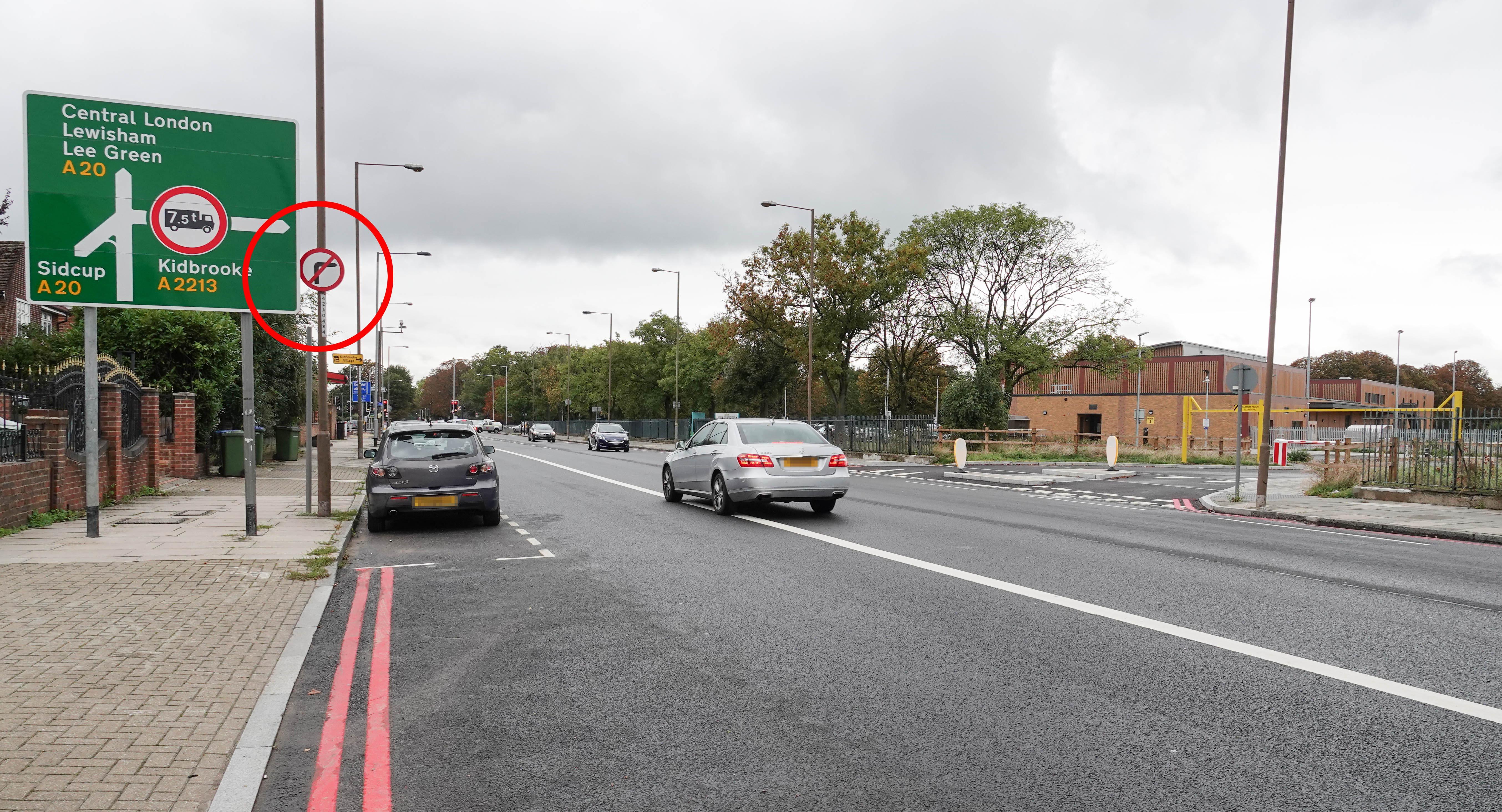 Kroare Kroare posted: "All fines should be appealed on the grounds the sign is not fit for purpose due to the positioning and the position the driver must take to observe the sign.

"It's is for TFL to prove the sign is adequate and not for the appellant to prove its inadequacy."

Transport for London (TFL) has a camera trained on the junction, with 397 penalty charges issued in the first six months of this year.

Turning right out of the leisure centre is also an offence. 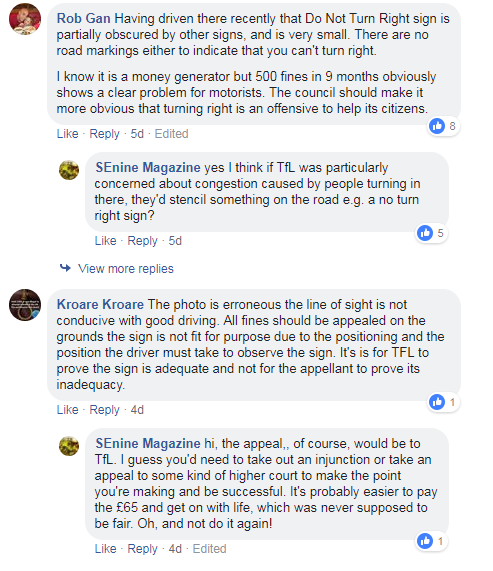 The state-of-the art facilities also include an indoor throwing cage and netting accommodating for discus, hammer and shot put as well as a training weights area.

Following feedback from residents, the sign turning in to the sports centre was raised to improve visibility with left only markings painted on the road for drivers leaving the site. 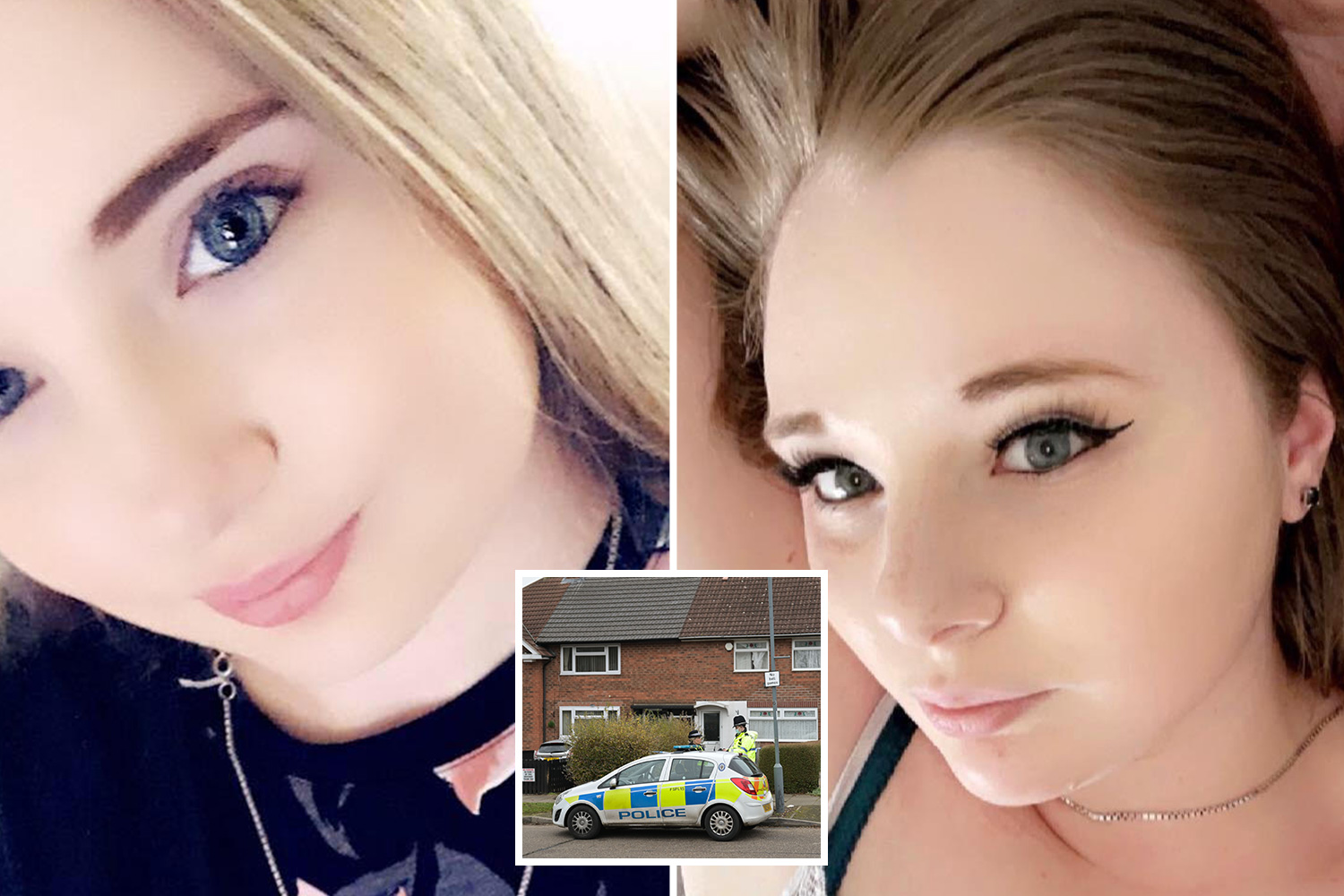 Andrew 'besotted' with glam Kazakh huntress who 'introduced him to Gaddafi'

Paul Cowperthwaite, Interim Director of Licensing, Regulation and Charging at TfL, said: "We enforce traffic regulations on the capitals Red Routes, including yellow box junctions, and our overriding focus is to reduce delays, keep road users safe and to keep London moving.

"We continually review the locations where Penalty Charge Notices (PCNs) are issued, including this junction on Eltham Road, and we are always looking to improve the information provided to our customers at these locations.

"All revenue generated by enforcement activity is reinvested in maintaining and improving the transport network.

Twin sisters give birth to baby girls on their 33rd birthday

Wife, 48, killed herself after losing her hair, not being able to have children and death of dog