Alexa, why won’t you play me the tune I asked for? Amazon will charge Prime customers more to request specific songs from tech giant’s music service in move branded ‘sneaky’

She was once happy to oblige whenever you asked her to play your favourite song.

But Amazon’s Alexa has been updated with a rebellious streak.

The tech giant has changed its music service so that users can no longer request specific tracks from their digital assistant – unless they cough up for a more expensive subscription.

For Amazon Prime users on the cheapest package the algorithm will now only play ‘similar’ songs, though the requested track will pop up at some point.

And carefully curated playlists are now ‘shuffled’ in no particular running order, with random songs thrown in for good measure.

The change has left many users so angry they are threatening to cancel their memberships. 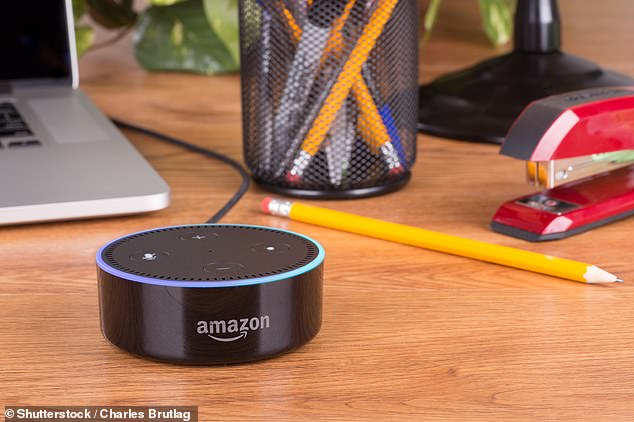 They said the ‘sneaky move’ effectively forces them to pay an extra £8.99 a month to upgrade to the premium offering. Similar to its rivals, Amazon Music – the third-largest player in the music streaming market behind Spotify and Apple Music – offers different features depending on how much you pay.

A basic version of Amazon Music is included in its Prime membership, which costs £8.99 a month. For the full version, users have to pay another £8.99 on top for Amazon Music Unlimited.

Earlier this week, Amazon announced it would open up its entire music catalogue of 100million songs to subscribers to the basic service at no extra charge. Previously, it gave access to only two million songs.

But the seemingly generous move came with a catch – you can now only choose an artist, album or playlist which will then play ‘similar’ songs on shuffle. And if you don’t like the song the algorithm chooses for you, Amazon only allows you to skip the track six times every hour.

Prime customers have been airing their frustration at the changes on social media.

A mother complained on Twitter: ‘Oh my goodness, what have you done Amazon Music?

‘All I want to do is play a certain song on repeat for my autistic child and now I can’t?!’

One Twitter user branded the move ‘very poor and very sneaky’. Another pointed out that updates were meant to improve digital services, adding: ‘I used this app every day but I’ll resort to other platforms from now on.’

A user named John Nutt tweeted: ‘It’s now impossible to listen to any album unless it’s on shuffle mode [and] unless you pay extra – am seriously thinking of cancelling my Prime subscription – utter disbelief!’