How American ‘shopping’ tourists are flocking to Europe to snap up luxury bargains from brands including Gucci, Burberry and Louis Vuitton because of the strong dollar and helping to boost sales by 40%

Free-spending American tourists are flocking to Europe’s finest fashion boutiques for their holiday shopping to take advantage of the strong dollar.

In the week of Black Friday, spending by US holidaymakers in Europe rose by 40 per cent compared with 2019, the last shopping season unaffected by the Covid pandemic, according to VAT data from payments company Planet.

This year, American shoppers have been forking out $1,313 in their average transaction on the continent, up from $526 three years ago, Planet said.

They also spend the same amount in a four-day trip as a European would in a typical two-week vacation, experts said, making up 34 per cent of global luxury spending compared to 22 per cent in 2019. 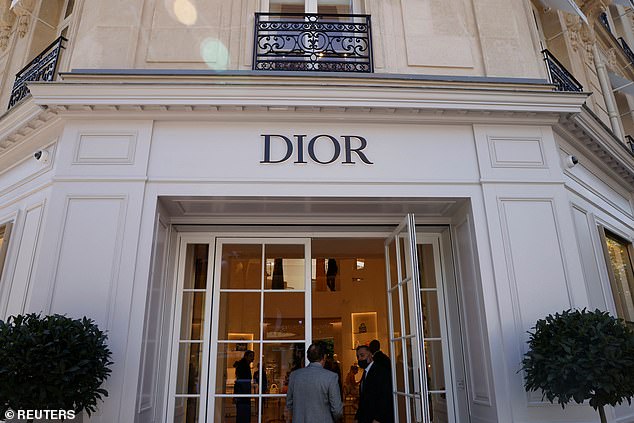 Free-spending American tourists are flocking to Europe’s finest fashion boutiques for their holiday shopping to take advantage of the strong dollar (pictured: The flagship Dior store in Paris)

The dollar is at its highest level for two decades and is nearly on par with the euro, trading currently at 95 cents.

But luxury goods are still markedly cheaper on the continent, meaning savvy shoppers can save a small fortune by buying their designer clothes while abroad.

They are choosing to shop mainly in the fashion capitals of Paris and Milan rather than London, with some citing Brexit as a reason.

Many high-end fashion items are manufactured in Europe and there has always been a price disparity with the US, but now the gap has risen from 20 per cent to 38 per cent, analysts at the Bank of America said. 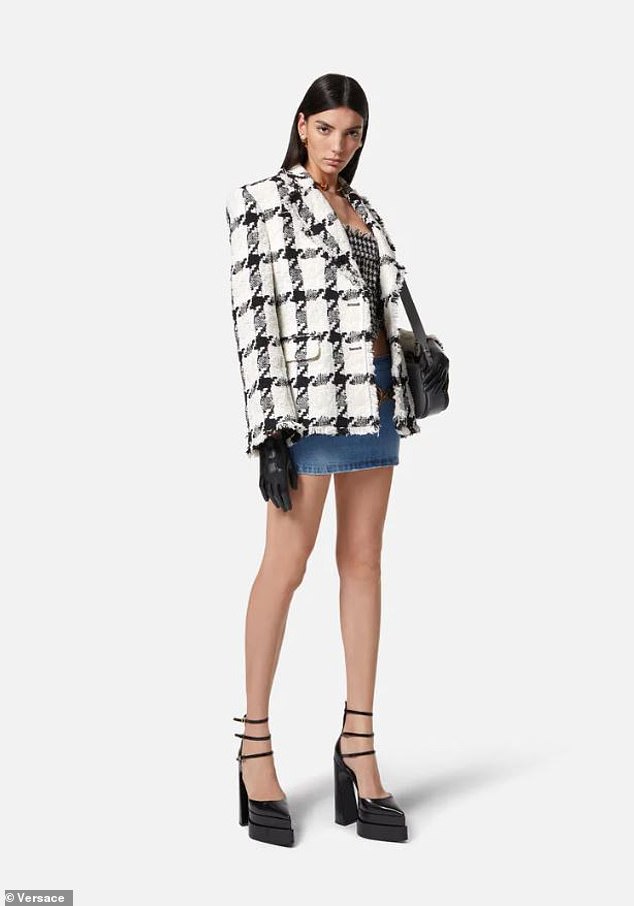 The same Versace blazer (pictured) costs $3,875 in the US but only 2,890 euros on the continent, a huge saving for shoppers 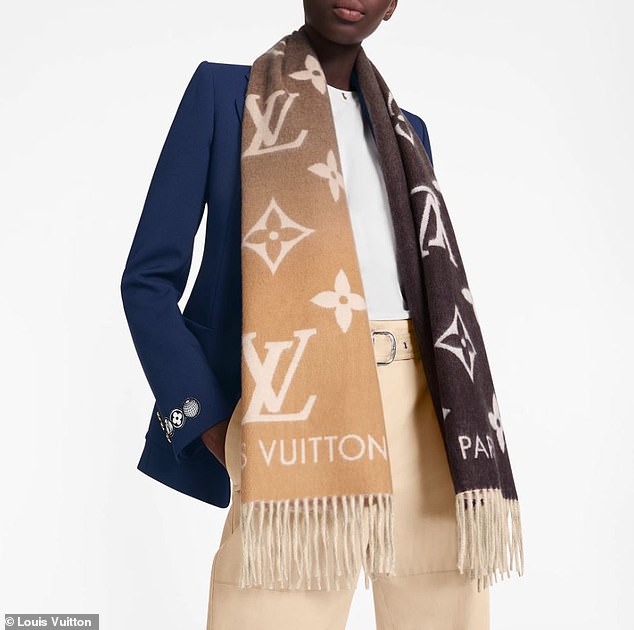 A Louis Vuitton scarf is currently available for $1,160 to its US market but in Paris it can be bought for €815 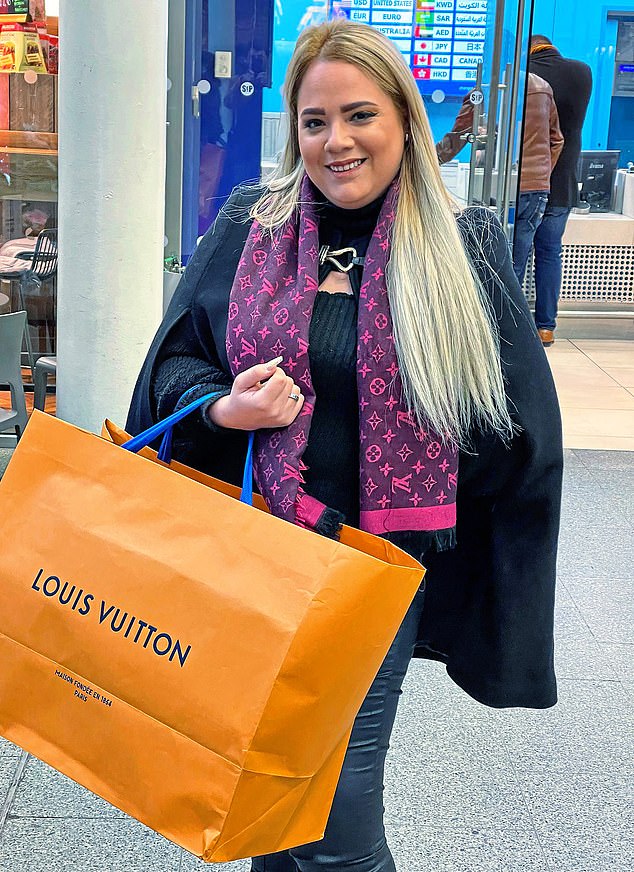 Karen Uresti, 29, from Texas, spent £1,800 on a Louis Vuitton handbag while on a birthday trip to Paris

Across the luxury sector, there are huge savings to be made thanks to the strength of the dollar.

Arriving on the Eurostar at London’s St Pancras Station earlier this month, one American tourist, Alison, 34, said she had bought two purses from luxury goods store Faure Le Page in Paris for €2,300 because she didn’t want to pay VAT.

Another couple, who asked to remain anonymous, bought two pairs of custom-made shoes from Loro Piana for a similar amount in France, having made a day trip specifically to get the cash rebate.

And Karen Uresti, 29, from Texas, spent €1,800 on a Louis Vuitton handbag while on a birthday trip to Paris. 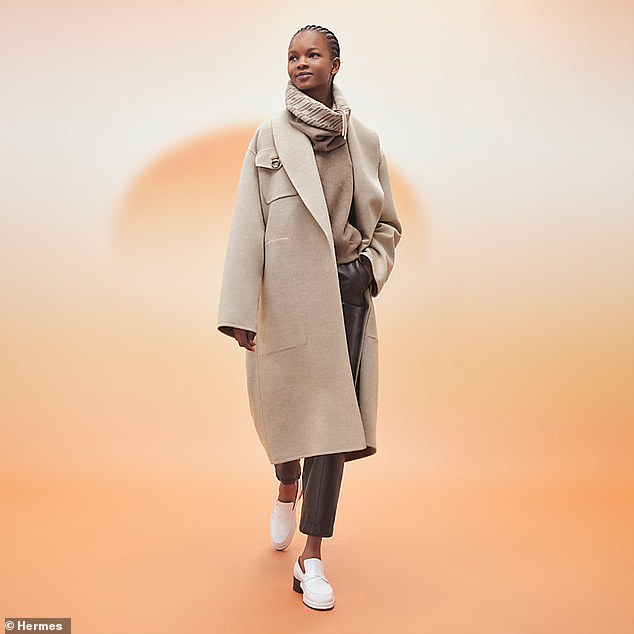 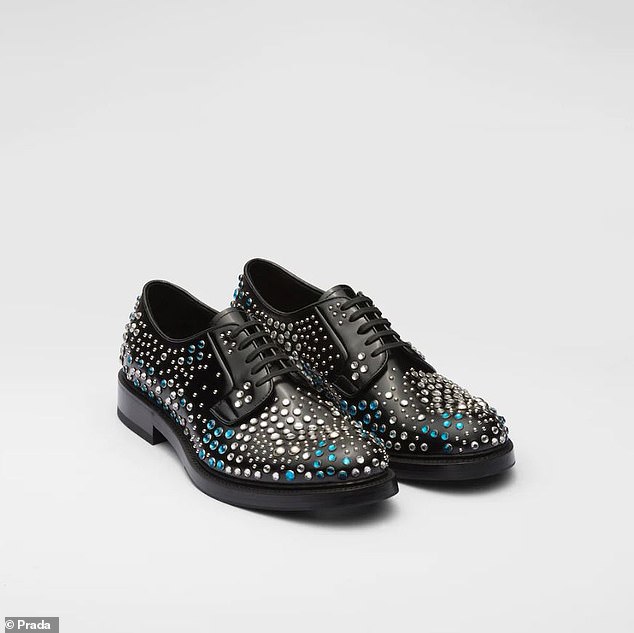 A pair of black bejewelled Prada shoes costs $2,400 to some shoppers but only €1,840 to others 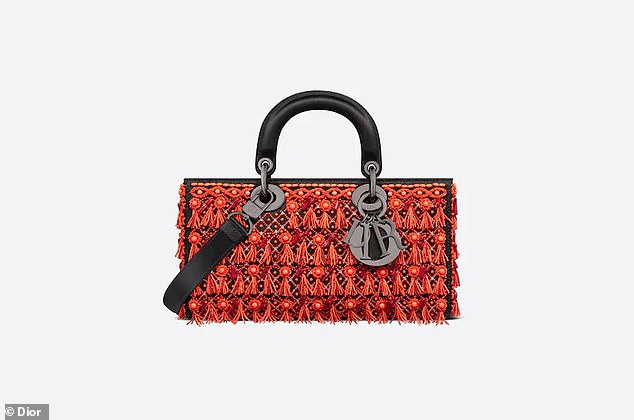 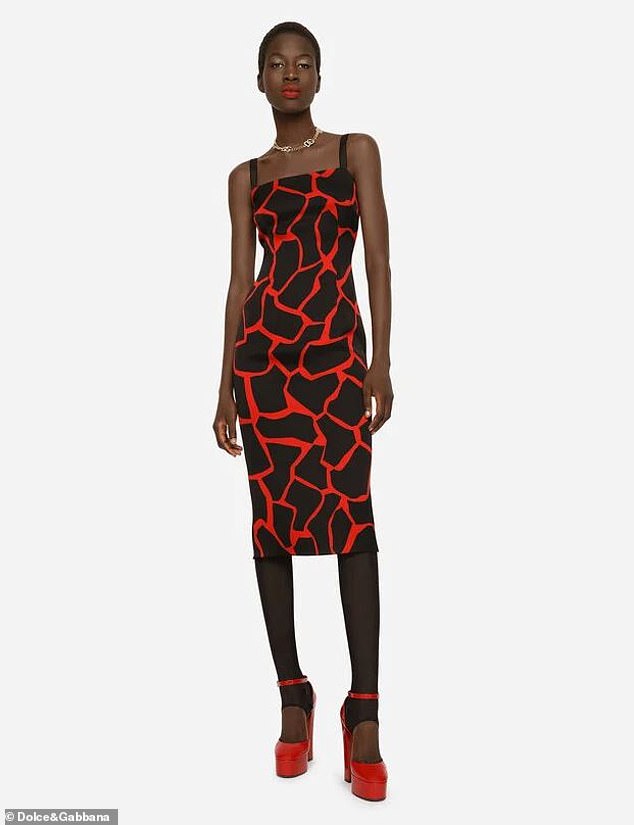 Italian designer Dolce & Gabbana is retailing a patterned black and red dress for $2,395 to its US market and €1,750 in Europe

Edward Cameron, a lawyer from Virginia shopping with his family in Paris, told the Wall Street Journal: ‘All of the women that we’re here with are in the store right now. That’s all they’re doing is buying luxury goods.’

Europe meanwhile is suffering from an inflation surge, but the influx of American shoppers is helping stem companies’ losses.

It is also offsetting the drop in sales to the Chinese market, whose tourists are still hampered by Covid travel restrictions.

Stéphane Roth, chief marketing, communication and architecture officer of Printemps Group in Paris, said three times as many Americans have visited their store this year than in 2019.

Julie Brown, finance chief at Burberry, said they have experienced a dramatic 76 per cent surge in sales to US tourists at its European stores compared to 2019.

But in the UK, where the fashion house is based, that figure is only 41 per cent.

She said: ‘People are moving at the moment more toward Paris and Milan than here, regrettably.’