Andrew Peacock was one of the most capable, engaging and committed politicians you could ever know. He was accessible, thoughtful and sincere.

He was no souffle nor was he a colt. He was a professional, pragmatic and focused politician. He had a talent that drew people into his orbit – a charm, a self-deprecating wit, a certain style that grabbed the attention of friends and foes, inside and outside the arena of politics. 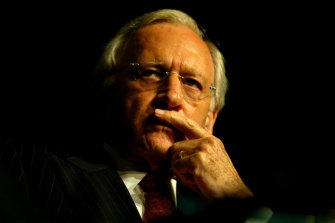 Underneath and not readily seen, was a forensic character determined to do the job he was given. As foreign minister, as in the other portfolios he held, he was relentless in his pursuit of the best outcomes in the major issues that crossed his desk.

It is many years since he was actively involved in Australian politics but those who knew him have been outspoken today in their gratitude for his help and support over a long period of time.

My contact with him dates from 1966 when I was president of the National Union of Australian University Students. As he was young and progressive in his thinking, we sought him out on the issues that concerned us including opposing apartheid, encouraging better education opportunities for Aboriginal people and our opposition to the white Australia policy. He was aligned with our views and remained progressive in his thinking.

It was a bit of a shock to find in 2000 that he was supporting George W Bush in the election campaign against Al Gore. But he was then going out with Penne Korth, a close friend of the Bush family. And one of Andrew’s enduring close friendships was with George Bush senior and his wife Barbara which dated back to Bush’s early career.

But he was also close to the Kennedy family and would spend weekends at their compound when time permitted on visits to the US including as foreign minister.

I worked with him as his chief of staff following his appointment as minister for foreign affairs in 1975 and saw first-hand his passionate support for the outcomes he believed in and sought.

For Papua New Guinea, which he had got to know intimately as territories minister, when his close and enduring friendship with Michael Somare was formed. 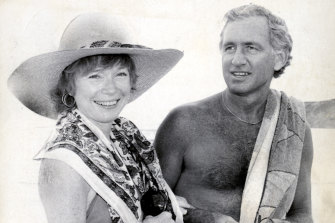 East Timor, where he fought against a view in the department that Australia should roll over on Indonesia’s incorporation.

Cambodia, where he opposed Australia’s recognition of the Pol Pot regime, an issue he highlighted when he resigned from the Fraser ministry in 1981.

His quiet diplomacy, contrasting with some successors, and close friendships with many counterparts including US secretary of state Cyrus Vance, enabled him to broker solutions in tense and difficult international negotiations particularly on the north/south trade issues which were of such importance in his first term as foreign minister.

As with so many other issues.

He later went on to use to great effect his extraordinary range of contacts in the US when he was appointed ambassador to that country in 1997.

Family was fundamental to Andrew. He always acted to support his three daughters. He was utterly resolved to be the best father he could in the difficult circumstances of his career and relationships.

A lot has been said in private about Andrew’s alleged relationships with women. Having travelled with them both, I saw how much love there was between Andrew and Susan. It was a great shock to him when Susan left in 1976. His second marriage was to Margaret Ingram in 1983. 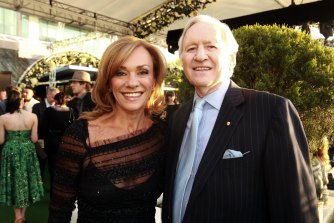 There is so much more to say about Andrew. Having known and respected him since he first went into the federal Parliament, I have been delighted to see the outpouring of tributes for his many contributions over a very distinguished and diverse career.

Why did he not make it to be prime minister? I think his own comment that he wasn’t sure he really wanted it enough was the fundamental truth.

John Ridley AM was chief of staff to foreign minister Andrew Peacock during the Fraser administration of the late 1970s and early 1980s, and was later state director of the Victorian division of the Liberal Party.

Catch all the day’s headlines

At the end of each day, we’ll send you the most important breaking news headlines, evening entertainment ideas and a long read to enjoy.  Sign up to The Sydney Morning Herald’s newsletter here, The Age’s here, Brisbane Times’ here, and WAtoday’s here.

Clocks go back 2020: Will my phone update automatically? – The Sun