HUNDREDS of anti-vaxxers have stormed a shopping centre in West London and clashed with police.

The protestors had earlier gathered in Parliament Square today to demonstrate against ongoing Covid restrictions and the country's vaccine rollout. 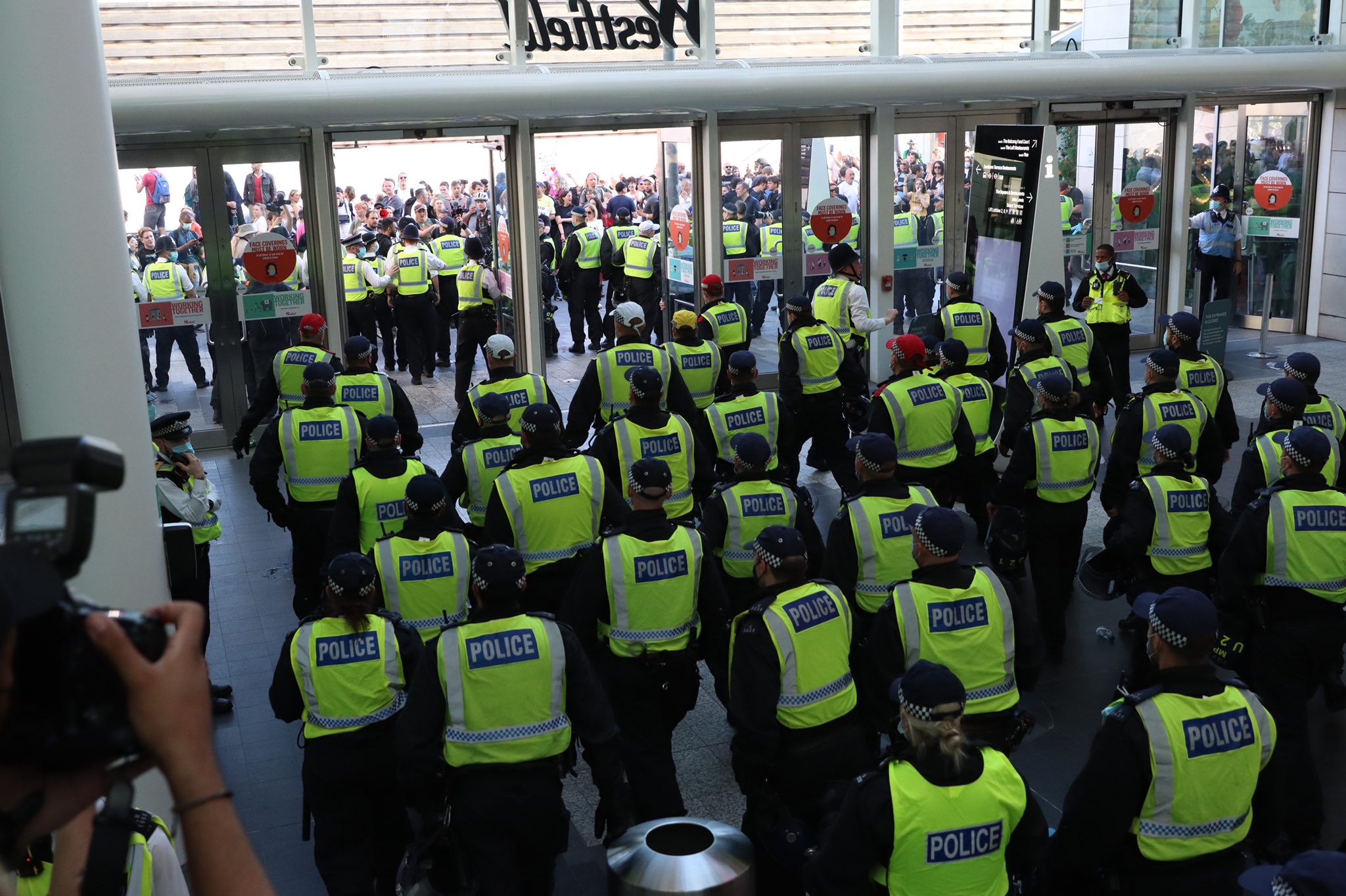 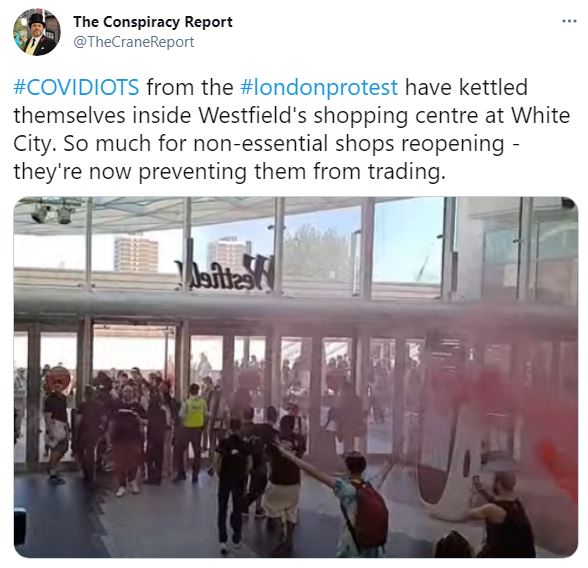 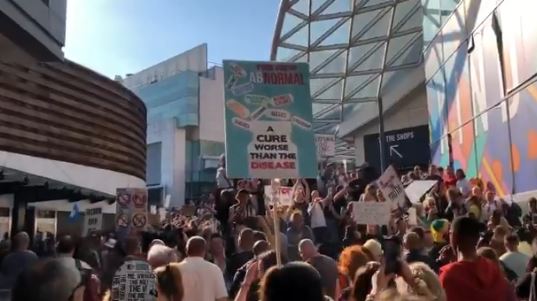 However, scenes turned ugly when a section of the mob marched towards the Westfield shopping centre in Shepherds Bush.

Shocking images show protestors clashing with police while others lit red flares inside the building.

According to reports, the shops at the facility shut as horrified staff members sheltered inside.

But, police officers soon gained control of the situation and moved the demonstrators outside.

Many of the crowd in Parliament Square had travelled from outside the capital.

Some claimed the pandemic is a hoax while others carried placards reading "my body, my choice", and protested against the idea of vaccine passports.

Several people set off smoke bombs and one launched a firework. 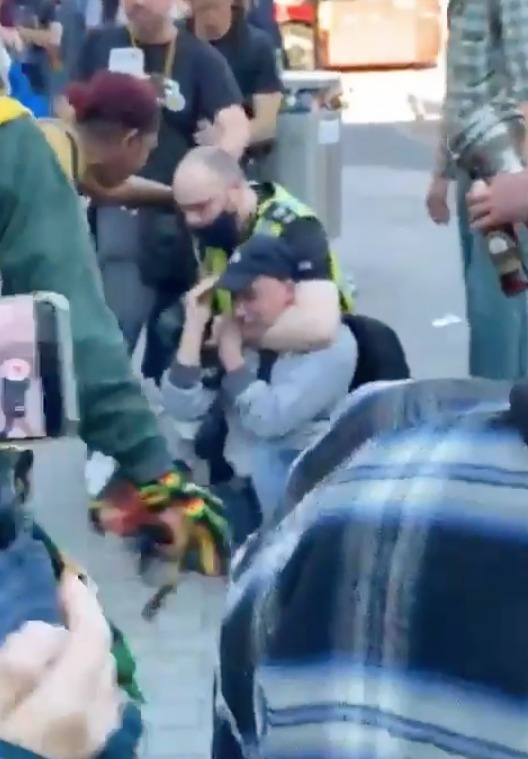 Another said she had attended because the press "are lying to us".

By around 1.20pm, the crowd had started to disperse and head up Whitehall.

After the crowd dispersed from Parliament Square, it headed up Whitehall past Leicester Square and towards Hyde Park.

The Metropolitan Police tweeted at around 4.30pm that certain roads around Shepherds Bush had been closed due to the ongoing demonstrations.

At 6.30pm, the Met said: "The 3rd demo is now at Westfield and is causing significant disruption to the local community and businesses, police are at the location.

"The MPS strongly urge those who are taking part in this demo to go home. Failure to do so may result in enforcement action being taken."

At around 7.45pm, police confirmed that the incident at the shopping centre had finished and the area "is returning to normal." 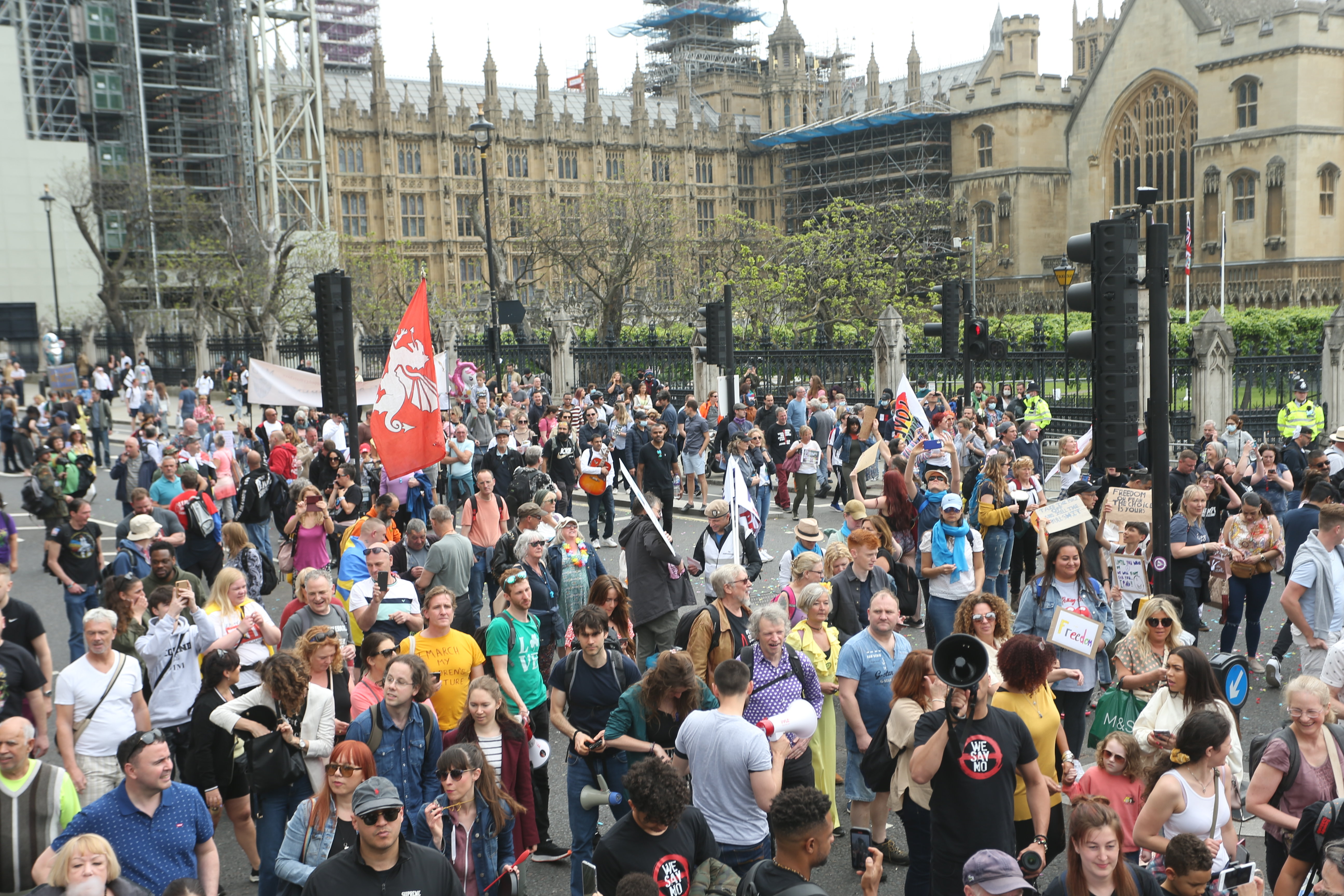 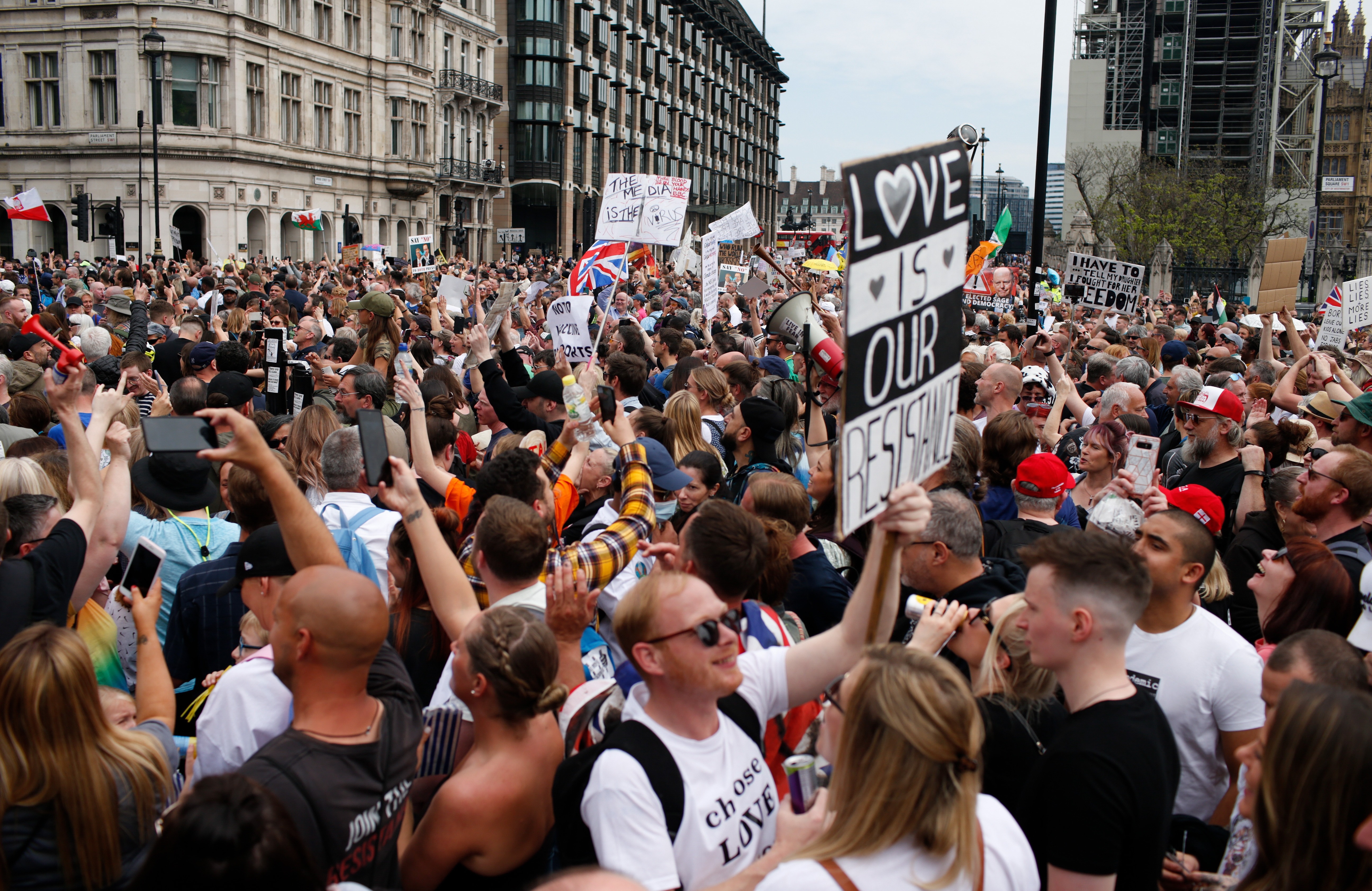 Tim Ryan: 5 Things To Know About Ohio Congressman Running For President In 2020