Antony Gormley takes a stand on his ‘sex toys’ exhibit: Famed artist lodges official complaint that sculptures were placed on a beach at the wrong angle

When an art dealer set up four sculptures by Sir Antony Gormley on a Suffolk beach, it divided opinion.

Some locals said the 3ft cast-iron creations looked like a collection of sex toys or even a giant rabbit dropping.

Now, the world-famous artist has waded into the debate – by criticising how the works were placed at Aldeburgh beach last August. 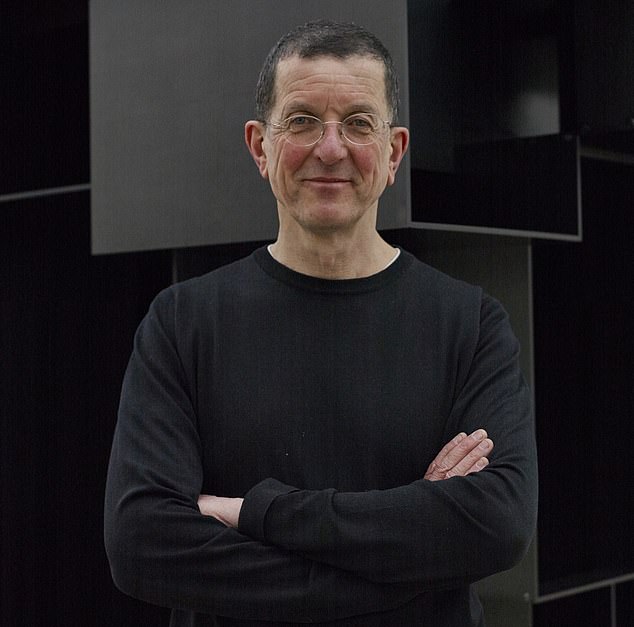 He has complained that the sculptures – called Penis, Peg, Oval and Snowman – were left lying down instead of upright.

An official objection from his spokesman Bryony McLennan said this ‘completely compromises their purpose…and the artist’s original intention’.

She added Sir Antony, 70, had not been consulted over the installation of the works, which are copies of street bollards made for a 1994 regeneration project.

Owner Caroline Wiseman was applying for planning permission but has conceded defeat and will sell the works, weighing 200lb each, for £5,000 apiece.

The beach is already home to a controversial sculpture of a giant scallop by Maggi Hambling.

The bollards were also used on a path leading to the Angel of the North, and are still made by Hargeaves foundry in Halifax, West Yorkshire, as an unlimited edition of Gormley’s work, popular with up-market garden designers and landscape architects

Ms McLennan added in a letter to East Suffolk Council that the bollards were meant to be upright in the ground and had ‘fixing roots’ enabling them to stand safely, rather than laying down horizontally as they are on Aldeburgh beach.

She added: ‘The change of orientation and configuration of the bollards completely compromises their purpose as a piece of street furniture and the artist’s original intention behind the work.’

Ms McLennan also said that a plaque accompanying the sculptures, naming them as a 2001 artwork called Quartet (Sleeping) was also false and had not been approved by Gormley.

Ms McLennan added: ‘Whilst the artist would not deny the importance of art in the public space and the cultural benefit that a work of art can bring to a community it is important to note that any installation of Antony Gormley’s work in the public realm is always carried out in close consultation with the artist. 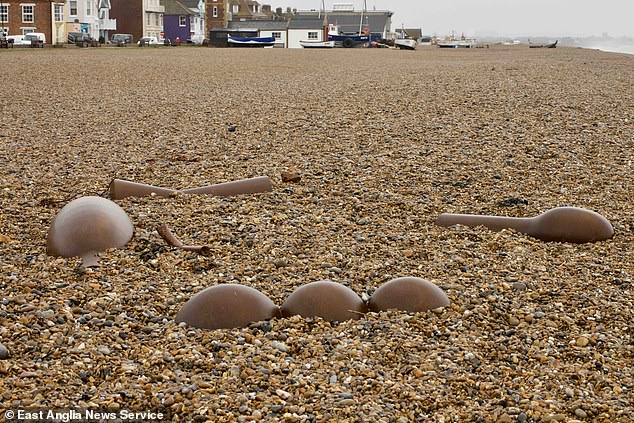 Sir Antony says the sculptures – called Penis, Peg, Oval and Snowman – were left lying down instead of upright

‘Both artwork and site are carefully considered and managed in consultation with the relevant Council or other public body responsible for commissioning, installing and caring for the work. This did not happen in the case of the bollards on Aldeburgh beach.’

Ms McLennan said Gormley also objected to the bollards being described on the planning application as an ‘art installation’.

She wrote: ‘As far as the artist is concerned, this is not an authorised public installation of his work. It is a misrepresentation of four works he has designed as bollards and which should only ever be seen that context, as per the streets of Peckham, London or the grounds of the Angel of the North, Gateshead.

‘As we have said previously, we wholeheartedly support the case for more art installed in public settings, however the bollards do not amount to a suitable work for public display in this context.’

Who does the royal baby look like? Harry and Meghan speak out on who he takes after