A woman has lost a thumb after she was allegedly caught trying to steal a car before making her getaway on a motorcycle and crashing it.

The woman was with another man on the motorbike when they noticed a window was slightly rolled down on a vehicle parked on a street in Brisbane on Thursday.

The man allegedly tried to break into the car while the woman remained on the bike before they were confronted by the owner of the car.

Pool technician David Brain said he had left the window partially rolled down while he went to do a job at a client’s house. 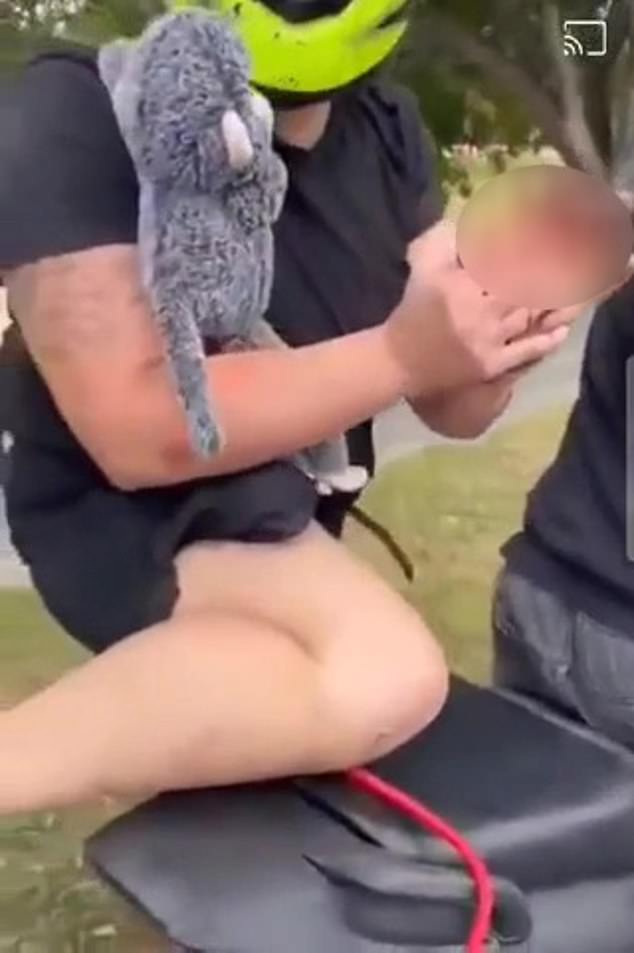 He then filmed the moment he tried to stop the pair by standing in front of their bike.

A man and woman wearing bike helmets can be seen arguing with him before the driver revs the engine of the motorbike.

‘You run me over, you’re going all over the local page,’ Mr Brain says.

Mr Brain demands to know why the pair were ‘in my car’ before asking them if they have his wallet.

‘I don’t have your wallet,’ the driver responds.

‘Then what were you doing in my f***ing car?’ Mr Brain says.

The motorcyclists attempt to take off before the vehicle veers onto the footpath and crashes into a wooden fence that skirts a nearby park.

The pair topple off the bike and skid across the pavement severing the thumb of the woman.

She screams in agony as she clutches her left hand in pain and tries to jump onto the back of the bike. 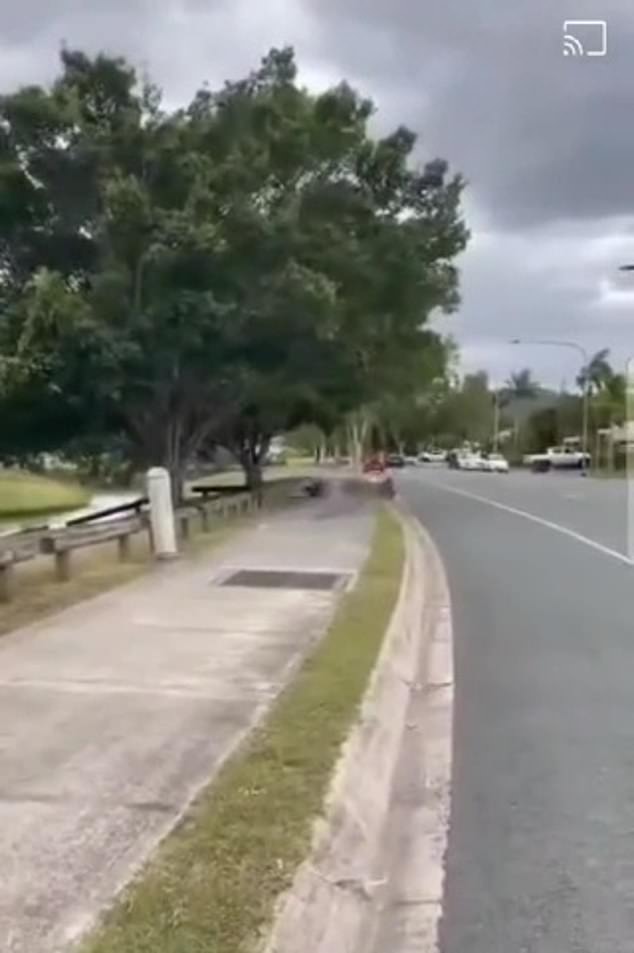 Mr Brain offers them a first aid kit as the driver attempts to restart his motorbike.

The woman was later found on a highway before she was taken to hospital.

Mr Brain later described the gruesome scene of the crash on Sunrise on Friday.

‘The thumb, it didn’t look like there was much of it left,’ he said.

‘We could not find the thumb. Plenty of blood but I don’t know, she is probably pretty messed up in hospital and think her old mate would be a bit sore as well.’

Police are searching for the male rider but Mr Brain says he won’t be pressing charges.

‘I figured that they already had a pretty bad punishment there,’ he said.