Residents of one Arizona town are findings way to get creative when it comes to saving water after their supply was cut off.

On New Year’s Day, the city of Scottsdale stopped providing water to the roughly 1,000 people who live in Rio Verde Foothills — a suburb about 30 miles north of downtown — due to the historic drought.

Water haulers were allowed to fill up tanks at stations in Scottsdale and water was able to run through a standpipe because Rio Verde Foothills does not have its own water reservoir.

However, the city said because of the “unprecedented drought on the Colorado River,” the city is not allowing any water to be transported outside of city limits to conserve water for its own residents and businesses.

The decision has led to Rio Verde Foothills’ homeowners taking drastic steps, including storing water in their pools for daily activities.

“Really concerned and worried. In fact, I’m happy I have a pool because every time it rains at least I can siphon that,” resident Dee Thomas told Phoenix ABC affiliate KNXV. “We use it mostly for showering. For, you know, washing clothes, the bathroom.” 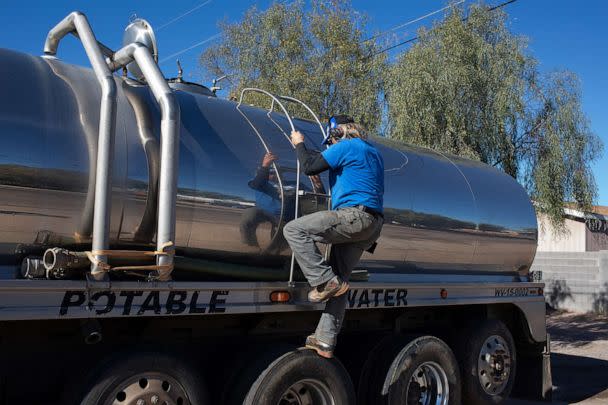 Thomas said the community well dried up several years ago and she was not able to get any water from her personal well.

Arizona is one of 33 states currently experiencing drought conditions categorized as moderate or worse, according to the U.S. Drought Monitor, which is run by the National Drought Mitigation Center at the University of Nebraska-Lincoln.

The Colorado River has been affected by these conditions, with large swaths drying up. A 2017 study by the Colorado River Research Group found river flow could decrease 30% by 2050 and 55% by 2100 because of continuous emissions of greenhouse gases into the atmosphere.

Rio Verde Foothills homeowner Cody Reim told “Good Morning America” he and his family have just two weeks of water left and, if the city of Scottsdale continues to refuse to supply water, his water bill could triple from roughly $400 a month to $1,200 for the same amount of water.

“This is a human issue,” he said. “This is not something that, you know, that can be dwindled down to what we need to preserve water for what might happen.”

Water-hauling companies say they are going to have start charging more for the same amount of water due to the logistics of finding other sources.

John Hornewer, who owns Rio Verde Water, told KNXV he was charging customers 5 cents per gallon, but is now going to raise the price to as high as 10 cents.

“Huge increase in time it takes to deliver the water to the customers out here, the manpower it takes, just the wear and tear,” he said. “We can’t just use any other one municipality up. We have to take our loads from multiple areas so that we don’t degrade or overpressure anyone’s system.” 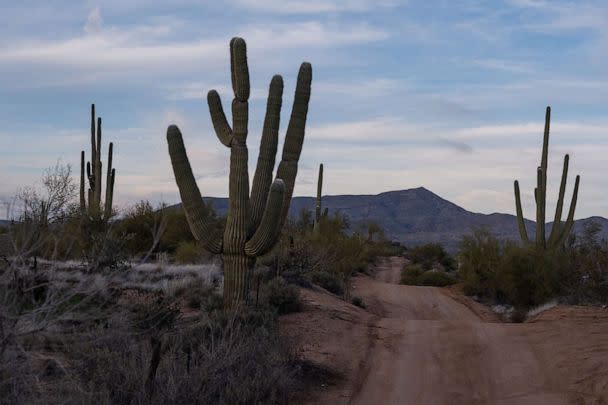 In a statement, the city of Scottsdale said because Rio Verde is a separate community, Maricopa County holds the responsibility.

“Scottsdale has warned and advised that it is not responsible for Rio Verde for many years, especially given the requirements of the City’s mandated drought plan,” a statement issued Monday read. “The city remains firm in that position, and confident it is on the right side of the law.”

“Nothing in the city’s action precludes residents in Rio Verde Foothills from purchasing water from other sources. The water haulers who have previously hauled water from Scottsdale have access to water from other jurisdictions and are still offering to haul water to serve the homes in Rio Verde,” the statement continued.

A public information officer for Scottsdale Water told ABC News that the city is not commenting due to “current litigation about this issue.”