Armed police continue to surround a house in Coventry where a man remains locked inside with his eight-year-old son for a second day.

The stand-off at the property, in a residential street in the Earlsdon area of the city, began at around 12.20am on Sunday when officers were carrying out a welfare check on the father and son.

However, around 20 officers then swarmed to the scene after the 41-year-old man refused to leave the address.

Homeowners on the road and surrounding areas have been told to stay inside while the heavy police presence, which includes armed officers, continue to deal with the incident.

A spokesman for West Midlands Police said: ‘A cordon remains in place around a house in Earlsdon Avenue North, Coventry, this morning where a man has been refusing to come out since the early hours of yesterday morning.

‘The 41-year-old has his eight-year-old son with him and there are some concerns for their safety. 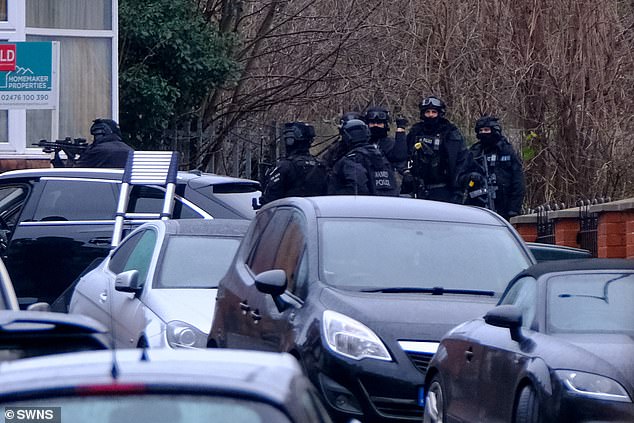 Armed police at the scene of a residential street in the Earlsdon area of Coventry, where a man has locked himself inside a house with his eight-year-old son 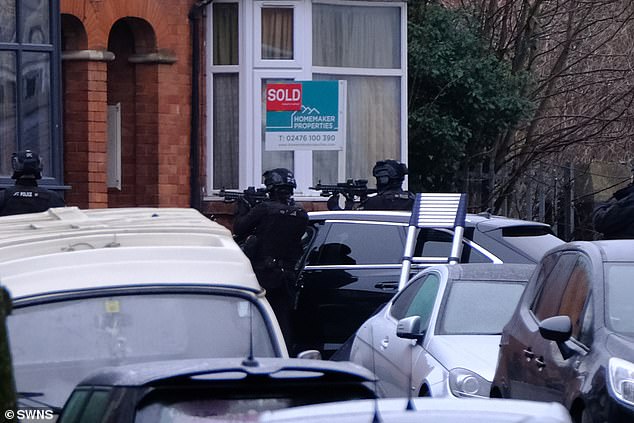 Armed officers point their weapons towards the house, where the father and son have been locked inside for more than 35 hours 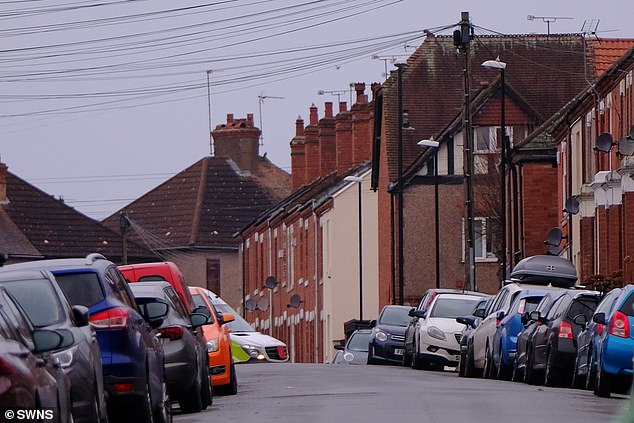 ‘Several officers, including armed police and other specially trained officers, are at the scene to bring the incident to a safe conclusion.

‘Unfortunately, residents, businesses, a school and travel are severely disrupted by the cordon.

‘We’re sorry for the inconvenience, but our priority is the safety of those involved.’

A local primary school was closed for pupil safety, while a nearby library was opened up for residents and officers to use while the street was locked down.

A spokesperson for the Earlsdon Primary School said: ‘West Midlands Police cordoned off an area of Earlsdon Avenue North today while officers deal with an incident. 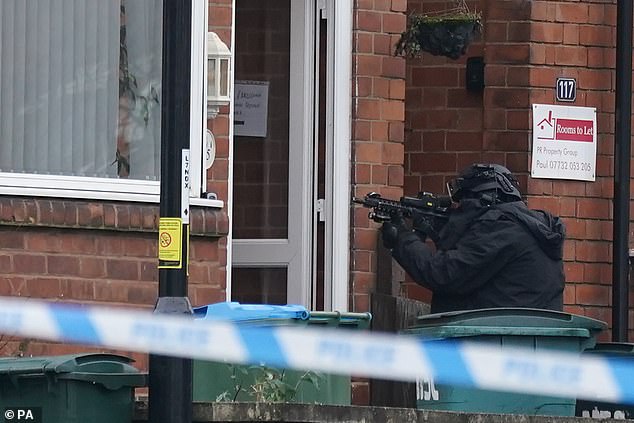 An armed police officer outside a property in Earlsdon Avenue North, Coventry, where police remain in a stand-off with a man 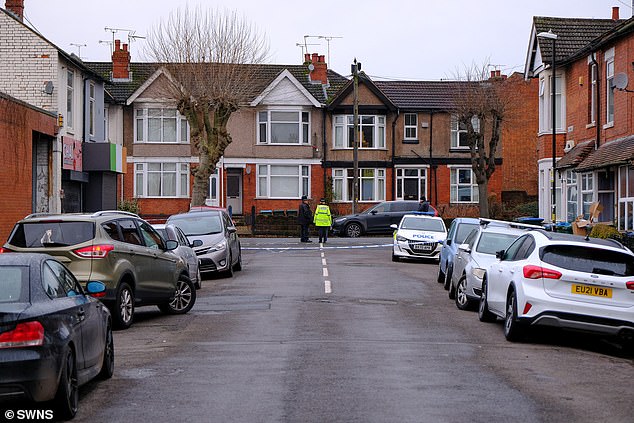 Officers from West Midlands Police were called to a home on Earlsdon Avenue North at around 12.20am on Sunday 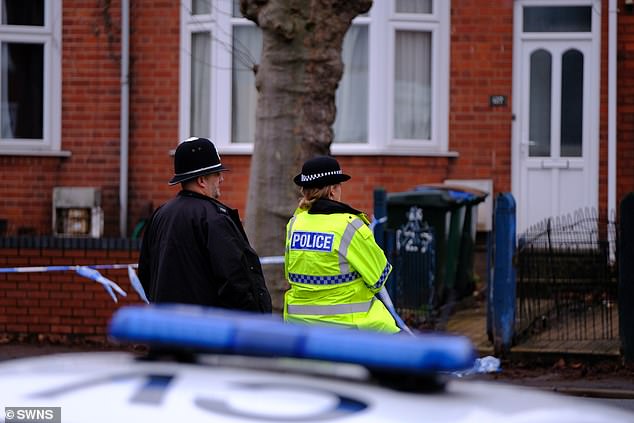 ‘The decision has been taken to close the school on Monday.

‘We apologise for any inconvenience. We hope you understand this is in the interest of pupils, staff and parents.’

One resident, who did not want to be named, said his wife had been unable to go to work this morning.

He added: ‘There are police everywhere, but they aren’t telling us much.

‘We only know a bloke is in there with his son and everybody is just praying for a safe conclusion.’

A spokesperson for West Midlands Police confirmed the incident was active and ongoing at 1.20pm on Monday.

Randy couple perform sex act on shopping mall roof, not realising office party in building above was watching them