British military’s diversity drive will see it struggle to recruit enough soldiers from traditional ‘core’ of ‘working class families’ as Army shrinks to its smallest size in 300 years, ex-brigadier warns

The British military’s drive for diversity could mean it struggles to recruit enough soldiers, the director of the National Army Museum has warned.

Former brigadier Justin Maciejewski also described plans to cut the number of soldiers to 72,500 as pushing ‘the bounds of credibility’.

The armed forces must not lose sight of its ‘core workforce’ by focusing too heavily on recruiting candidates from different backgrounds, Col Maciejewski said.

The former brigadier, who served in Iraq, said that while diversity was important, ‘working class families’ historically made up the majority of the army.

As a result, the policy could result in a fall in numbers of applicants, he warned.

The distinguished veteran was discussing the problems the forces have recruiting with Jeremy Paxman on The Lock In podcast. 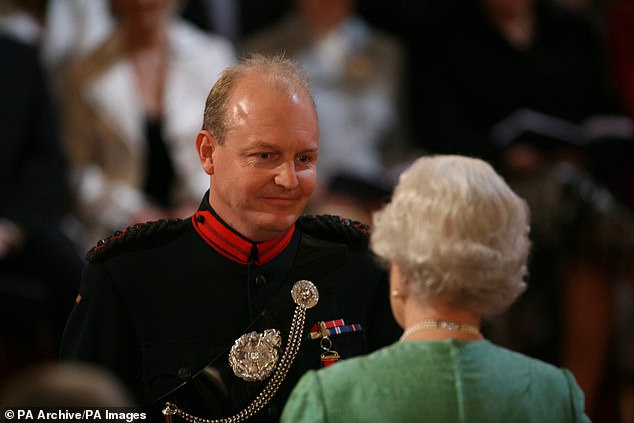 He said: ‘The army has always struggled to recruit, hence the Queen’s shilling in the bottom of the beer glass and the endless posters persuading people to come and get adventure in the army.’

He went on to say that the current size of the British Army, which is to be reduced to 72,500 soldiers by 2025 as part of a move towards drones and cyber warfare, ‘pushes the bounds of credibility’.

Last month, a defence review revealed the Government’s plan to reduce the number of soldiers in the army by 10,000 to 72,500 troops – its smallest size since 1714.

One infantry battalion is being axed in the overhaul, with five more given new roles. The 2nd Battalion the Mercian Regiment will be removed from the Army’s Order of Battle.

While one of Yorkshire Regiment’s two full-time infantry battalions will be given a new role as the Army’s ‘experimental unit’, testing the latest equipment and fighting techniques.

Col Maciejewski continued: ‘These numbers are really small and for a country that wants to be on the security council it is a very small army.

‘I would say in terms of size, as a historian and a veteran and speaking very much in a personal capacity, it is verging on, it pushes the bounds of credibility.’

He said that while the high standards of training within the forces made up for its limited size in some respects, he still believes more recruitment is crucial.

He added: ‘I do think the smaller the army becomes the less visible it is…

‘I think that in this period where diversity and inclusion has become such an important priority that has also spilled over into recruiting.

‘I think this is obviously important, you know everyone wants to have a diverse and inclusive workforce but sometimes if you lose sight of your core constituency in that process you will also struggle to find the numbers. 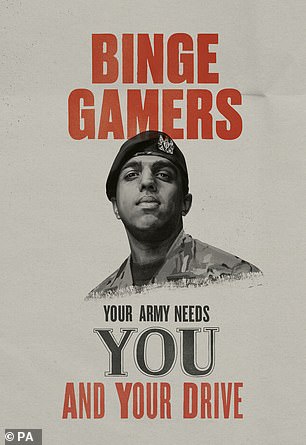 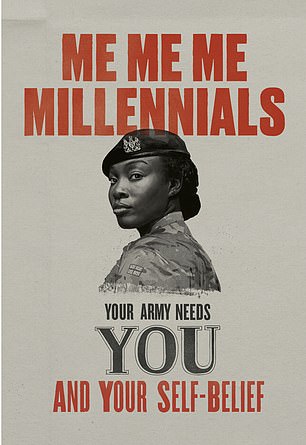 £1.5m campaign: A recent campaign by the British Army was aimed to appeal to the millennials

‘So I think that in the modern world the army needs to focus on recruiting a diverse workforce but also being very mindful of who historically has provided the bulk of the people for the army.

‘[Which is] of course what we would have called in the old days working class families from right across the country whose sons and daughters have joined the army.

‘Sometimes we under focus on those core groups at the expense of others and I think that combined with outsourcing recruiting has probably caused the army quite a lot of challenges recently. ‘

A recent recruitment campaign was launched by the British Army and was aimed at recruiting millenials.

The £1.5 million campaign featured six soldiers with labels of modern stereotypes including ‘millennials’ and ‘phone zombies’ in a bid to appeal to a wider pool of talent.